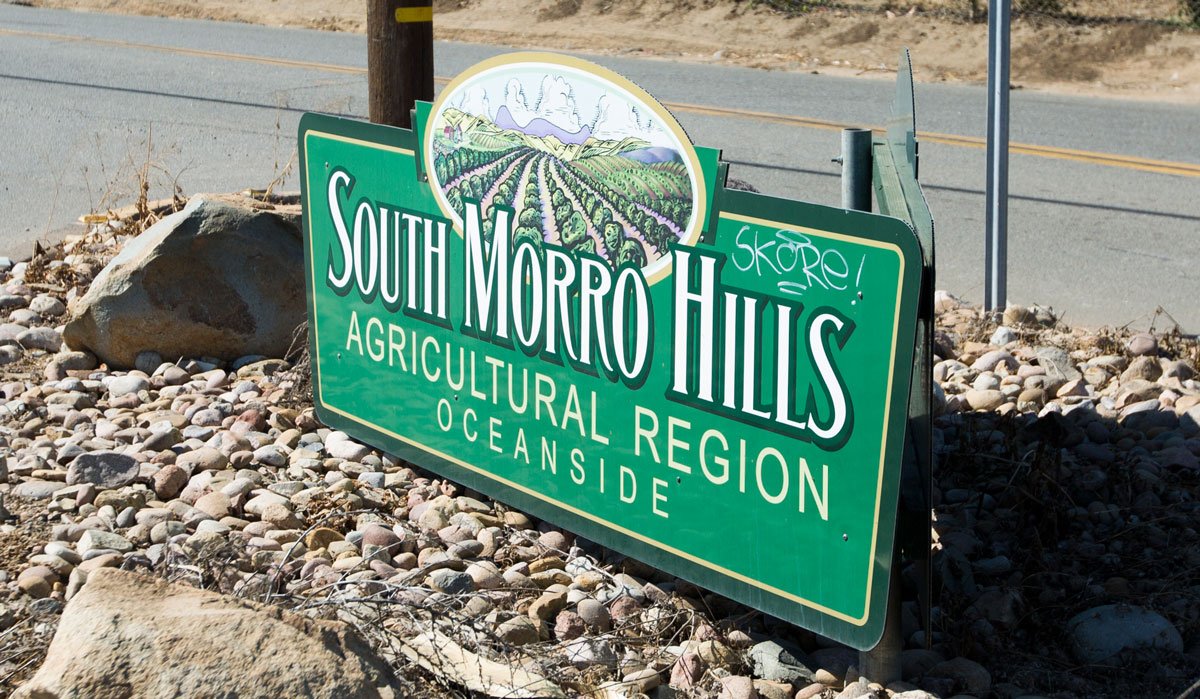 OCEANSIDE — While many residents are opposed to additional housing in South Morro Hills for fear of losing farmland, some area farmers view housing as a way to save their farms.

The City of Oceanside is looking into how additional housing may improve the situation for farmers in South Morro Hills, who over the years are facing more challenges and expenses trying to keep their operations alive.

City staff presented a draft framework for the South Morro Hills Community Plan to the Planning Commission during its March 22 meeting. Though no action was taken, the commissioners’ comments will be sent to City Council to review during its April 28 meeting.

The draft framework, according to City Planner Jeff Hunt, is intended to preserve agriculture based on agritourism and to prevent farmers in South Morro Hills from subdividing their farms into 2.5-acre lots.

Senior Planner Rob Dmohowski said a draft version of the community plan will be prepared in October, followed by an environmental review and potential adoption hearing.

The framework includes establishing a “right-to-farm” ordinance that supports and protects agricultural uses and advises property buyers of potential nuisances generated by farming. The framework also strives to conserve farmland with the best soil characteristics and avoid hampering the area’s ridgelines and views.

The most controversial element in the framework is the allowance for clustered residential development on parcels 20 acres or larger at a density of one dwelling unit per acre. Residential uses could only occur within a footprint of no more than 25% of a parcel area, with the remaining 75% being used for agriculture with an allowance for agritourism uses.

Farming has become increasingly difficult in South Morro Hills due to increasing water and utility costs, labor, regulation and competition from the world market.

To curb this, the city began pushing for agritourism in the community to serve as a supplemental income for farmers. In 2016, the city along with Visit Oceanside and the South Morro Hills Association completed an Agritourism Strategic Plan, which outlined a two-tier approach to implementing agritourism.

The second tier, which is being considered as part of the community plan, would include higher-intensity uses like boutique hotels, day spas, larger campgrounds, wedding venues, amphitheaters and larger retail operations to sell farm products.

To fully implement more agritourism uses in South Morro Hills, the city needs more infrastructure such as water and sewage. According to Planning Commission Vice-Chair Louise Balma, who lives in the area, one way to do pay for that infrastructure is through the development of housing.

Theoretically, with this plan, a maximum of about 2,000 houses could be built with this framework but staff would only expect a total of between 1,200 and 1,700 homes to come from this plan.

The idea is that with cluster housing, more land will be preserved than the subdivision of farms into 2.5-acre lots, which Dmohowski explained would create an unsightly “pegboard” of properties that would take more farmland away than clustered housing would.

Still, several residents of Oceanside pushed back against the idea of cluster housing, noting how voters overwhelmingly turned down Measure L, which would have allowed for the controversial 585-home, North River Farms housing development.

Hammerschmidt noted more people living in South Morro Hills wouldn’t preserve farmland but would cause slower evacuation times and increased dependence on vehicles, something the city is trying to curb through its General Plan Update.

“We want to see agritourism flourish,” Hammerschmidt said. “That does not require housing.”

Michelle Castellano-Keeler, who runs a farm that sells cut flowers, fruits and vegetables and recently opened a farm stand, said traditional, commercial farming is no longer viable. Right now, farmers who can no longer run their entire farm have the only option of splitting their properties into 2.5 acres, which Castellano-Keeler said doesn’t preserve farmland either.

“We don’t know what the future opportunities are,” Castellano-Keeler said. “People are holding onto this antiquated idea of farming.”

Commissioner Chair Tom Rosales told staff that the framework needs some more clarity regarding transfer development rights, the housing clusters and lot sizes, as well as the impact of more infrastructure and flexibility as mentioned by the farmers.

Home Videos The WORLD of WINE – Wine News. Cheap wine, tasting notes and cooking with wine The World of Wine – May 2021 … END_OF_DOCUMENT_TOKEN_TO_BE_REPLACED

How to visit Napa Valley on a Budget. In this video Carson and I explain a few ways to enjoy Napa on the cheap. Tip and advice about how to visit Napa … END_OF_DOCUMENT_TOKEN_TO_BE_REPLACED

Home Videos Get To Know Argentina Wine | Wine Folly If you love Malbec, Argentina is your ultimate wine region. But that’s not … END_OF_DOCUMENT_TOKEN_TO_BE_REPLACED