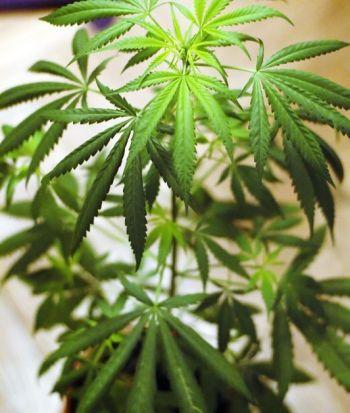 The New York State legislature approved the legalization of adult recreational use of marijuana Tuesday evening, hailing the vote as an historic moment.

Governor Andrew Cuomo has said he will sign the bill into law.

Opponents warned that it will lead more teenagers and children to use the drug and that traffic accidents will increase.

Senator Liz Krueger, Democrat from Manhattan, has sponsored the bill for seven years.

“Today is an historic day for New Yorkers,” Krueger said. “ I could not be more proud to cast my vote to end the failed policies of marijuana prohibition in our state, and begin the process of building a fair and inclusive legal market for adult-use cannabis. It has been a long road to get here, but it will be worth the wait.”

40% of the estimated $350 million dollars gained annually from a 13% sales tax on the drug will go to a  community reinvestment fund for neighborhoods adversely impacted by the decades long prohibition of the drug.

50% of the licenses to grow and sell marijuana will be reserved for people from disproportionately impacted communities and small farmers. They will get access to capital, including loans, grants, and incubator programs, to help them compete with the more established marijuana producers who will also receive licenses.

“New York’s program will not just talk the talk on racial justice, it will walk the walk: ending the racially disparate enforcement that was endemic to prohibition, automatically expunging the records of those who were caught up in the so-called “War on Drugs,” Krueger said.

20% of the funds will go to drug treatment, and 40% will be used to fund public education.

Senator Krueger says she does not use or even really like cannabis, but she says she used marijuana as a teenager. She says because she is white, she was never arrested and it never hindered her progress in life.

Senator Jabari Brisport, who is African-American, had a different experience. The Brooklyn Democrat  says when he was 19, he was  walking in Greenwich Village with a friend ,  who was mistaken by a plain clothes police officer  for a wanted drug dealer.

“When I asked the officer to show a badge or read my friend his rights, he pulled out his gun, pointed it directly at my face, and told me to back up” Brisport said. “A plain clothes police officer nearly shot me in the face over weed.”

“How many would-be future state senators have been accidental casualties of the war on drugs? ” he asked.

Opponents include Senator Fred Akshar, a Binghamton area Republican who was formerly a deputy sheriff. He says the state’s 50,000 law enforcement officers were left out of the crafting of the bill.

“There are stacks and stacks of memos of opposition from a whole  wide spectrum and range of people who represent millions of New Yorkers ,” Akshar said.

Other opponents include the New York State PTA, some  schools associations, and building contractors , who fear expensive lawsuits if workers high on marijuana get injured on the job.

Akshar predicts there will be more traffic accidents and fatalities due to increased use of the drug. And he says there is no good existing technology to detect when  a driver is impaired by cannabis.

Senator Andrew Lanza, a Republican from Staten Island, says the law will make the drug more appealing to children, and sends the wrong message.

“The message clearly emanating from this room to the young people of New York is ‘if you want to use marijuana do it’,” said Lanza. “And my concern is that’s going to lead to high rates of cancer, (and) brain damage.”

Krueger says the law will make it harder for underage New Yorkers to get the drug, because it will be sold through licensed shops instead of the current black market. She says she hopes the law will curb New York’s largest in the nation illegal marijuana market.

It also allows local governments to opt out of marijuana retail shops if the majority of people in the town village or city, don’t want them.

Home Videos The WORLD of WINE – Wine News. Cheap wine, tasting notes and cooking with wine The World of Wine – May 2021 … END_OF_DOCUMENT_TOKEN_TO_BE_REPLACED

How to visit Napa Valley on a Budget. In this video Carson and I explain a few ways to enjoy Napa on the cheap. Tip and advice about how to visit Napa … END_OF_DOCUMENT_TOKEN_TO_BE_REPLACED

Home Videos Get To Know Argentina Wine | Wine Folly If you love Malbec, Argentina is your ultimate wine region. But that’s not … END_OF_DOCUMENT_TOKEN_TO_BE_REPLACED