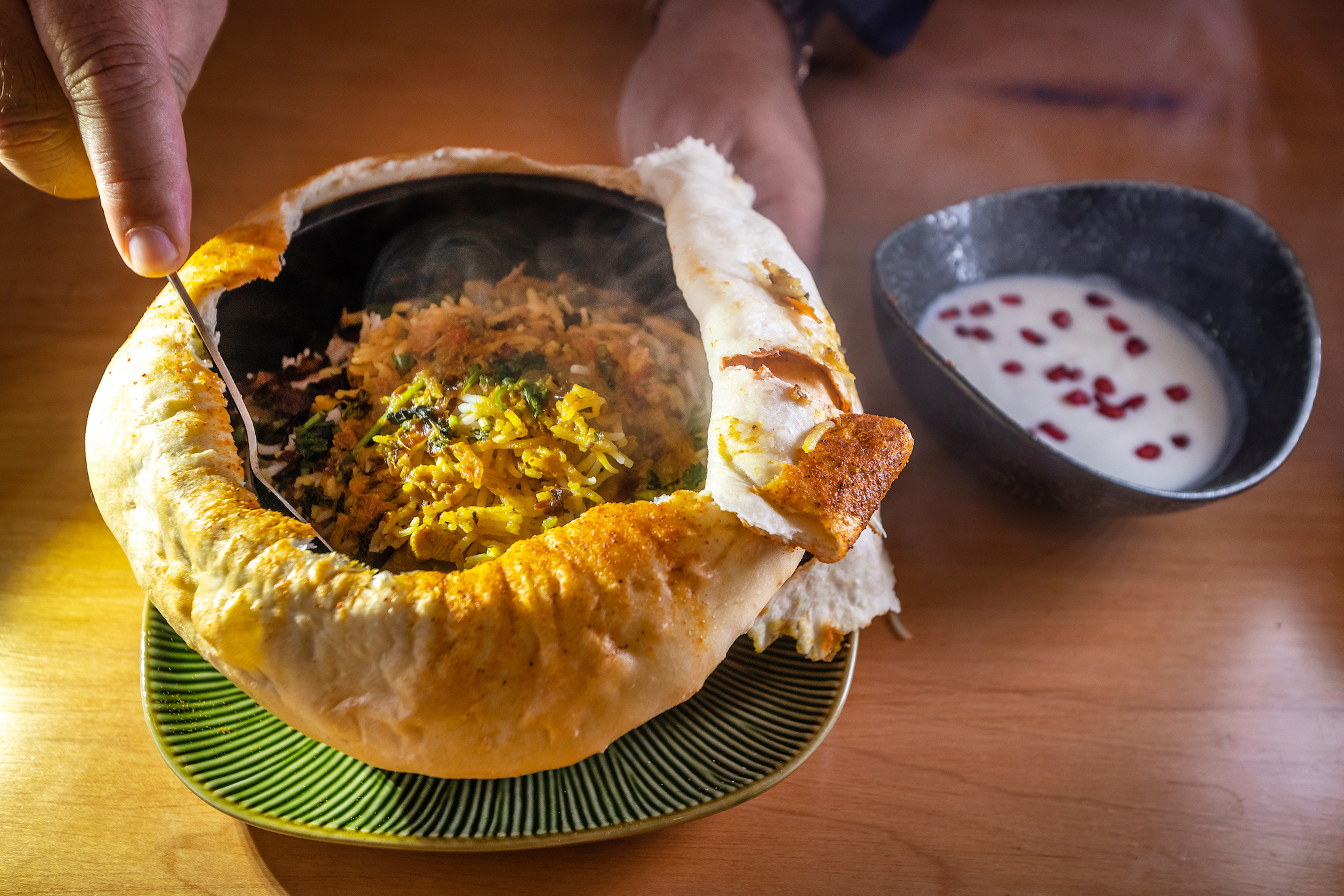 New York City Restaurant Week, which is now live for dining, has been a twice annual tradition since 1992. When it first got cooking, the culinary holiday was celebrated with $19.92 lunch specials at restaurants like Tribeca Grill. Surprisingly, those midday meals only rose to $26 by 2020. What’s even wilder? This year’s prices have actually fallen. Sort of.

Summer 2021’s NYC Restaurant Week, which runs from July 19 through August 22, has three pricing tiers: $21, $39 and $125 for lunch or dinner. RW organizers advise restaurants to offer at least an entree and a side for the first two tiers, and the $125 ticket must include three or more courses plus a little something extra like wine.

This year, more than 500 participating Italian, Thai, Russian, Cuban, Spanish, French, Mexican, Indian, Brazilian and Japanese izakayas, ice cream parlors, steakhouses, fish bars, brasseries, bistros, grills, cafes and sushi restaurants decide which deals to offer when. And you decide how many of these marvelous options you can cram into four-and-a-half wonderful weeks. It’s a lot!

We’ve narrowed the field to the very best Restaurant Week destinations where you’ll get great food, have a good time, and might even want to book again. We’ll be expanding on these picks with more menu recommendations in the coming weeks.

The restaurant: One of our 50 best restaurants, and from the same team behind Dhamaka, one of this year’s best new openings, this highly-regarded Indian restaurant in Queens is the kind of place we always hope will join Restaurant Week.

The restaurant: Follow the clock tower to this cozy South Bronx spot where we’ve long been fans of the brunch and cocktails. Located in a one-time piano factory, its present interior is lined with exposed brick, leather banquettes and, in the evening hours, lit with a golden light that makes everyone seem to glow.

Our prix-fixe pick: We seldom see Restaurant Week spots catering to solo diners, so Charlies is worth a trip for its two-course meal for one: moules frites followed by seared steak with asparagus and mashed potatoes for $39 at dinner.

The restaurant: Depending on your mood, Gramercy tavern can feel power lunch-adjacent, Old New York-y, romantic or exclusive. It isn’t just a special occasion space reflecting your own occasion, it’s a special place, with history and personality and excellent food and drinks. We’re partial to the five-course tasting menu (which presently includes poached lobster and roasted duck and clocks in at $148) when we’re looking to make a night of it and Restaurant Week is the perfect time to get in for less cash.

Our prix-fixe pick: Gramercy Tavern joins RW for weeks three and four; check back for menus!

The restaurant: An East Village favorite since 2003, Hearth looks and feels like a restaurant in a film about NYC where nobody’s problems are that big of a deal but there are still a lot of long tracking shots set to moody music. It even retained its following after a slight concept redirect (no trans fats, hormones or antibiotics) a few years ago, which isn’t always a given.

Our prix-fixe pick: The chilled zucchini soup, beef and ricotta meatballs with cacio e pepe polenta and the honey panna cotta for $39 at lunch from Monday-Friday and dinner Saturday and Sunday. Hearth’s optional wine pairing is $26.

The restaurant: Add any one of Izakaya Jukaru’s 50 Japanese craft beers to your prix-fixe and we bet you’ll want to order a half-a-hundred more. Each one is eight to ten bucks, so this is a terrific option for getting tipsy without quadrupling your onigiri, ramen and karaage tab.

Our prix-fixe pick: The karaage, spicy ramen and the dorayaki for $39 at lunch and dinner from Tuesday-Sunday.

The restaurant: Everybody knows Nobu, and even the most well-connected among us can’t pass up an opportunity to mention having recently been in all casual-like. It is also owned by Robert De Niro because in this town, if you can dream it, you can be it, baby! Very-known Nobu is particularly noteworthy for its Japanese/Peruvian menus.

Our prix-fixe pick: The yellowtail sashimi and black cod with eggplant miso for $39 at lunch from Monday-Friday.

The restaurant: Classic, dramatic and expansive but undesirably located in Midtown, when else are you going to visit The Russian Tea Room, where the caviar and Champagne pairings start at $275? After a show at Carnegie Hall?! Good idea! Do that, and do it now when you can get a taste of the Tea Room’s blini, blinchik and stroganoff for a song.

The restaurant: Korean-French plates in a rustic-chic space that’s been accruing accolades since first opening in 2018.

Our prix-fixe pick: A bit of an outlier, the first four of Soogil’s five-course, $125 Signature Dining Experience are set. You’ll sample elaborate preparations of kampachi tartare with abalone and caviar, scallop, foie gras and short rib with a glass of wine, cocktail or sake at dinner from Wednesday-Saturday. Order the Jenga Tower for dessert.

The restaurant: Mercado Little Spain is the best part of the Hudson Yards Retail complex and Spanish Diner is a special piece of its pie right by the High Line. Its main menu includes bocatas and huevos five ways, four kinds of croquetas, a refreshing gazpacho and macarrones con chorizo. You’ll catch us there during sangria hour when glasses are $5 and $6.

Our prix-fixe pick: The ensalada de tomates, pollo guisado con arroz and the flan for $39 at lunch and dinner.

The restaurant: One of the first spots to participate in NYC Restaurant Week back in 1992 (two years after it first opened), Tribeca Grill’s worth a peep to see what’s kept it a contender for three decades and counting.

Our prix-fixe pick: Chips, guac and salsa, mustard-glazed BBQ ribs with corn and potato salad and the fudge brownie for $39 at dinner Tuesday-Friday.

The restaurant: We’ve always associated Union Square Café with people who drink white wine out of giant glasses on like a Tuesday afternoon and perpetually appear to have just gotten their dry cleaning and sometimes it’s nice to feel that way, too! Skip work and swing by for dishes that could include hamachi crudo, burrata, several types of pasta or poached halibut.

The restaurant: A neighborhood favorite with menus inspired by Spain and the coast of Italy, with a lengthy wine list and plenty of room to linger at the zinc bar or at tables inside and out.

Our prix-fixe pick: The bacalao croquettes, black spaghetti with octopus, scallops and mussels and the olive oil cake with berry compote and whipped cream for $39 at lunch and dinner.

The restaurant: One of the best restaurants of the year when it first opened in 2019, Wayan is highly designed with ornate details inside and out with Indonesian-French menu items to match. We’ve previously enjoyed its lobster noodles, dry-aged crescent duck and crab fried rice.

Our prix-fixe pick: The papua ceviche, assorted satays and lobster noodles with a welcome drink, beverage pairing and a visit to your table from the chef for $125.

Home Videos The WORLD of WINE – Wine News. Cheap wine, tasting notes and cooking with wine The World of Wine – May 2021 … END_OF_DOCUMENT_TOKEN_TO_BE_REPLACED

How to visit Napa Valley on a Budget. In this video Carson and I explain a few ways to enjoy Napa on the cheap. Tip and advice about how to visit Napa … END_OF_DOCUMENT_TOKEN_TO_BE_REPLACED

Home Videos Get To Know Argentina Wine | Wine Folly If you love Malbec, Argentina is your ultimate wine region. But that’s not … END_OF_DOCUMENT_TOKEN_TO_BE_REPLACED