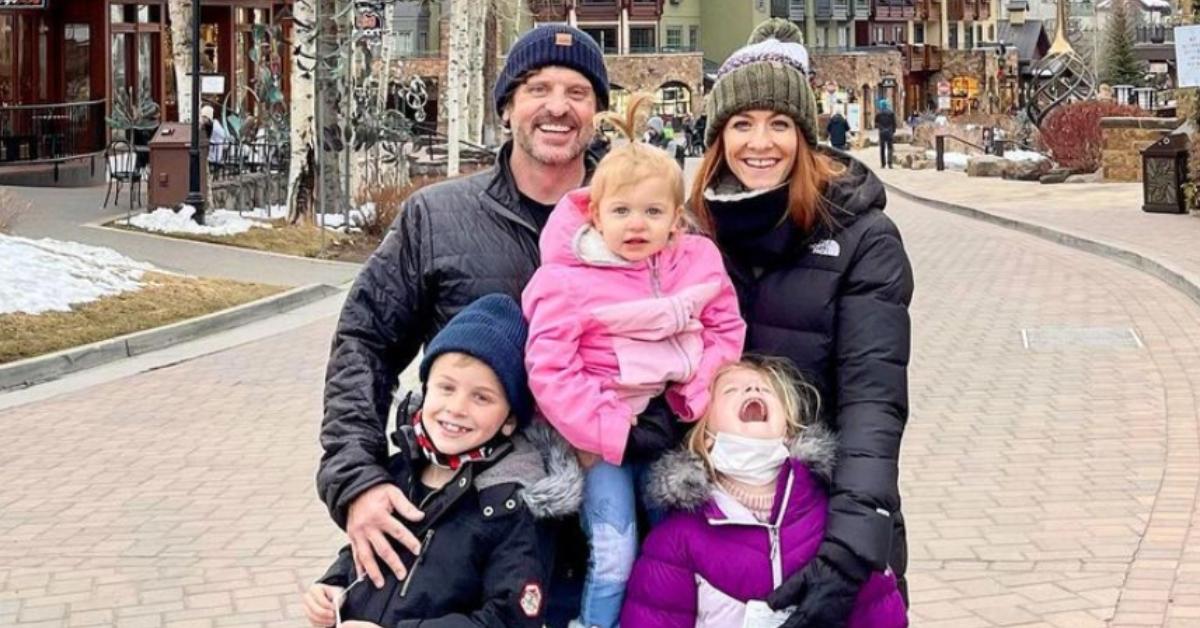 “When things look pretty, people get happy,” blogger and TV show host Jennifer Todryk shared her motto in a recently released trailer for No Demo Reno.

A self-described home renovation addict, Jennifer spent years compiling the best and handiest interior design tips for her blog, The Rambling Redhead, before landing the chance to create her own TV show charting her most exciting projects. What’s there to know about Jennifer’s family life? How many kids does she have?

Jennifer enjoys juggling multiple hats. Nothing proves this better than The Rambling Redhead, the blog chronicling her experiences as a stay-at-home mom, who, it so happens, also knows a thing or two about everything related to beauty, style, and home decorations.

Jennifer and Mike welcomed their first son, Von, in 2013. He was followed by Berkley, in 2015, and Vivienne, in 2018. Giving nicknames is a family tradition, Jennifer divulged in a previous Instagram post. At home, Von goes by Vonster the Monster. Berkley is Berkley Bear, while Vivienne is Vivster.

As a blogger, Jennifer frequently shares tip-top pieces of advice on topics ranging from kids nutrition to online learning resources, and far beyond. She also compiles guides on the best gifts for kids (and their parents), Black Friday deals, and every now and then, delves into other topics.

A brilliant home decorator with an unmistakable creative flair, Jennifer also shared in-depth information about her personal experiences with redesigning her spacious kitchen and light-filled living room in a previous post series.

Jennifer and her hubby, Mike, have been together for almost a decade.

Jennifer met Mike on Aug. 6, 2010, and they have been inseparable ever since. As she revealed in a previous blog post celebrating their fourth wedding anniversary, they exchanged vows exactly one year later, on Aug. 6, 2011, in Cancún, Mexico.

They are the co-owners of Armor Coffee Co, a rare gem in Allen, Texas, renowned for its varied range of delectable beverages including the cookie butter latte and the honey vanilla latte.

In addition to her work as a coffee shop owner, stay-at-home-mom, blogger, and TV show host, Jennifer also earned accolades for her 2017 book, Whine: 50 Perfect Wines to Pair with Your Child’s Rotten Behavior, which approaches the topic of wine-pairing with a humorous slant.

Jennifer has yet to share details about her assets.

According to Stars Offline, her net worth could easily exceed $1 million. Another outlet, titled Heightzone, prompts that she might earn around $15,000 per Instagram post. The validity of these claims can’t be corroborated at this time.

It does appear, however, that Jennifer uses Instagram to promote her own business ventures — such as No Demo Reno and Armor Coffee Co — which might cast some doubt on the notion that she is earning $15,000 per post from sponsorship deals.

Catch new episodes of No Demo Reno every Thursday at 8 p.m. EST on HGTV.

Home Videos The WORLD of WINE – Wine News. Cheap wine, tasting notes and cooking with wine The World of Wine – May 2021 … END_OF_DOCUMENT_TOKEN_TO_BE_REPLACED

How to visit Napa Valley on a Budget. In this video Carson and I explain a few ways to enjoy Napa on the cheap. Tip and advice about how to visit Napa … END_OF_DOCUMENT_TOKEN_TO_BE_REPLACED

Home Videos Get To Know Argentina Wine | Wine Folly If you love Malbec, Argentina is your ultimate wine region. But that’s not … END_OF_DOCUMENT_TOKEN_TO_BE_REPLACED