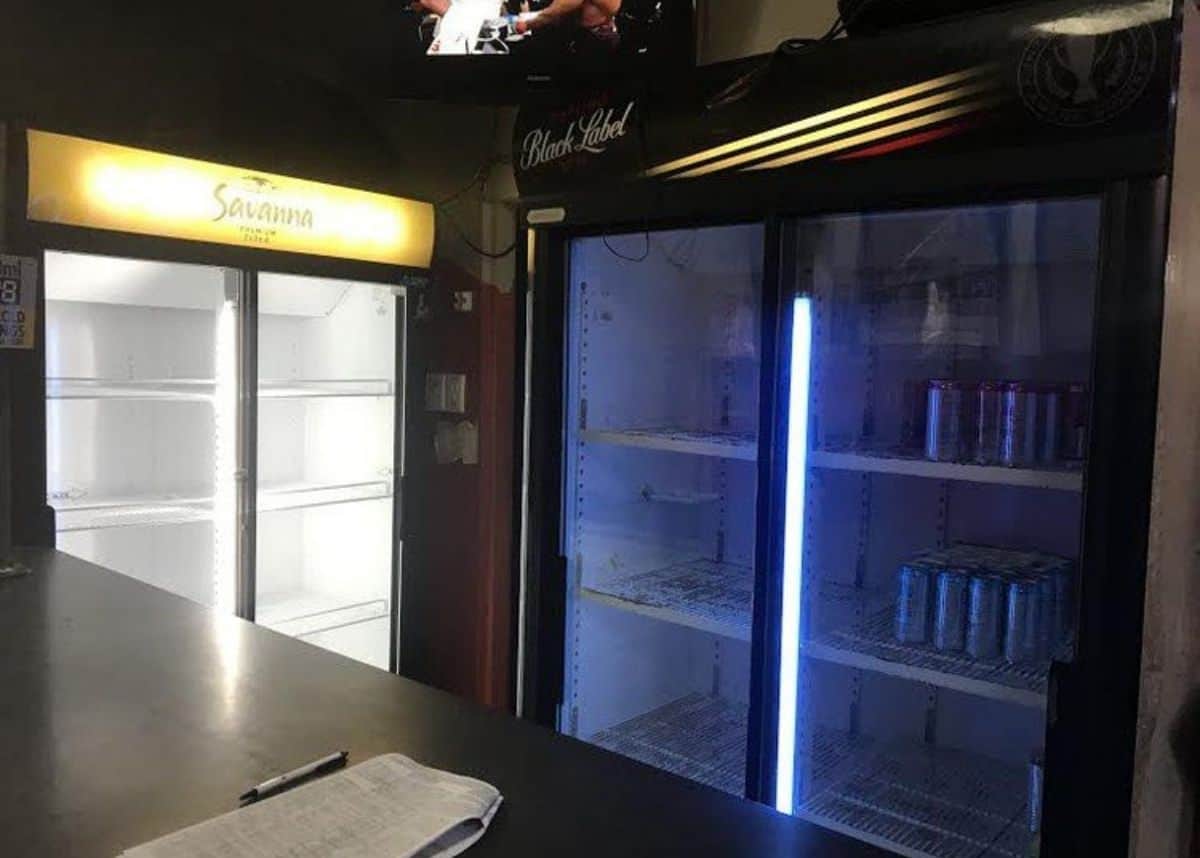 By Tariro Washinyira for GroundUp

Since late December, the Lucky Plaza Tavern in Parow has been empty of life. Established in 2000 in Station Road, the tavern usually attracts a buzz of customers who buy meat from the next-door butchery and enjoy music and a braai. But since the alcohol ban, it is quiet.

Paul de Gouveia, who owns both tavern and butchery, says his business was hit by the first alcohol ban and he was trying to revive it when the second ban kicked in. He had to create positions in the butchery for three employees who were running the tavern to avoid job losses.

Now the alcohol business has had to close, and with no-one coming to the tavern, the butchery has also been affected.

‘PEOPLE DON’T COME INTO A BAR TO BUY COOLDRINKS’

“There is no business at the moment, it is bad. We are closed down. People don’t come into a bar to buy cooldrinks. I have to take money out of my pocket to pay about R20,000 rent per month. I thank God I don’t owe suppliers. Everything we had was paid for because we pay on delivery,” he said.

The alcohol ban announced by President Cyril Ramaphosa on 28 December was aimed at lowering pressure on hospital beds. “Reckless behaviour due to alcohol intoxication has contributed to increased transmission. Alcohol-related accidents and violence are putting pressure on our hospital emergency units,” said Ramaphosa. A study at Groote Schuur Hospital suggested that the ban had freed up much-needed beds by reducing the number of trauma cases.

“In future people who drink alcohol need to learn to control themselves and stop fighting and killing,” said de Gouveia.

‘BREADWINNERS HAVE LOST THEIR ONLY SOURCE OF INCOME’

A few metres away from Lucky Tavern, Audry Mundandi, manager of Yalta’s Pub and Grill, was checking on things inside the pub. Pointing to one empty fridge and another containing a few bottles of Red Bull he said, “Business is dying. Breadwinners have lost their only source of income.”

GroundUp asked the President’s office if there had been meetings about a review of the alcohol ban but acting spokesperson Tyrone Seale did not respond.

Daniel Johnson, spokesperson to the Western Cape MEC for Agriculture, Ivan Meyer told GroundUp on 25 January that the department had sent two letters to the National Minister of Agriculture Thoko Didiza asking for her help to lift the ban and allow wine and liquor to be sold and wine to be served in restaurants and wine-tasting rooms.

“Wine grapes represent 50% of the 181,233 hectares under fruit production in the Western Cape and the replacement value of these wine grapes amounts to R33.94 billion. Wine is the biggest export product of the Western Cape economy and contributes 6,5% to the value of exports from the province.”

He said the department estimated that 45,610 people worked in wine production and the industry supported the livelihoods of 228,053 people. The Agriculture Department’s spokesperson Reggie Ngcobo did not respond to GroundUp’s questions.

Now more than ever it’s important to have access to journalism that you can trust. The South African calls on its readers to stand alongside our journalists as guardians of the future of independent and ethical journalism. You can help safeguard our editorial independence here.

Home Videos The WORLD of WINE – Wine News. Cheap wine, tasting notes and cooking with wine The World of Wine – May 2021 … END_OF_DOCUMENT_TOKEN_TO_BE_REPLACED

How to visit Napa Valley on a Budget. In this video Carson and I explain a few ways to enjoy Napa on the cheap. Tip and advice about how to visit Napa … END_OF_DOCUMENT_TOKEN_TO_BE_REPLACED

Home Videos Get To Know Argentina Wine | Wine Folly If you love Malbec, Argentina is your ultimate wine region. But that’s not … END_OF_DOCUMENT_TOKEN_TO_BE_REPLACED