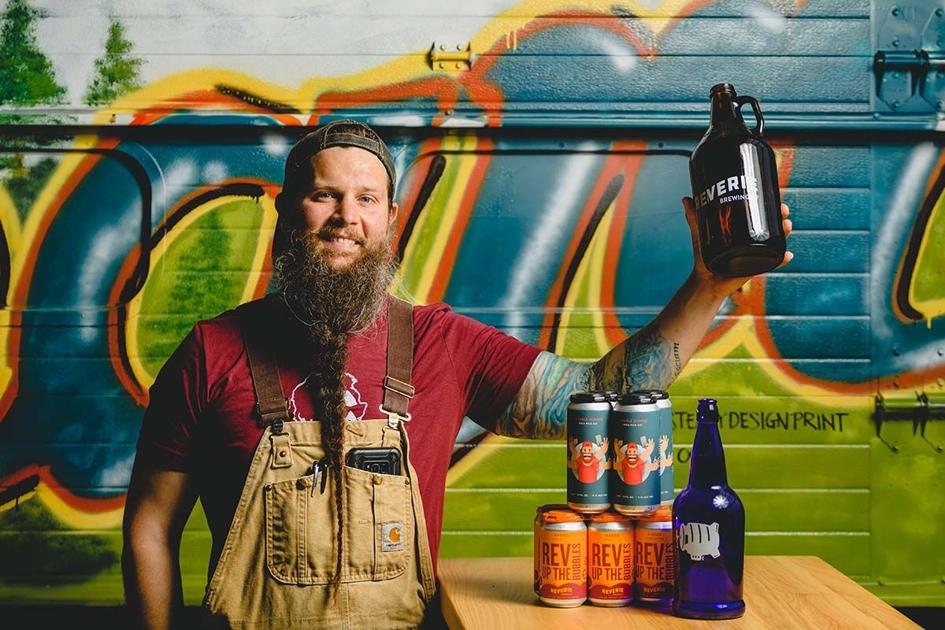 Reverie Brewing Co. in Newtown became the first brewery in Connecticut to start producing hard cider this winter, but it won’t be the last. Due to changes in Connecticut law passed in 2019, brewers, distilleries and wineries can apply for permits to produce multiple types of alcohol instead of only being licensed to produce either beer, spirits or wine (cider makers obtain a wine license).

“Breweries have the knowledge and experience of making alcohol and they want to pursue that in cider and wine,” says Phil Pappas, executive director of the Connecticut Brewers Guild.

While Reverie is the first to go the cider route, other businesses are mixing and matching the types of beverages they produce. Two Roads Brewing Co. in Stratford has obtained a distilling license and is offering canned cocktails, while Taylor Brooke Winery in Woodstock has a sister business called Taylor Brooke Brewery. The Taylor Brooke operations both predate the rule change but they had to go to some lengths to get around the previous laws, including having separate facilities.

Now that the permit process is easier, Pappas is getting inquiries from breweries, distilleries and wineries interested in branching out to other beverage varieties.

Frank Lockwood, head brewer of Reverie and a co-owner, says that he’s seen breweries in other states expand to more than one type of beverage. “The Finger Lakes is a big wine area but there’s also a lot of breweries, and I’ve seen a lot of wineries buy breweries,” he says.

Lockwood says the move to start producing cider as well as beer was motivated by the passion he and his co-owners have for mixing up the styles of beer and other alcoholic beverages they drink. “We love variety; we like to bring it to our customers,” he says.

So even before Lockwood started making and selling cider, Reverie was home to an array of beer styles alongside beer-related beverages such as hard seltzer and gruit, a type of medieval ale bittered by herbs other than hops. But Lockwood, a one-time homebrewer, always had the idea of also producing cider in the back of his head. “As a homebrewer I brewed beer, but I brewed plenty of cider as well, so I’ve got a passion for doing both, and at the outset of starting the brewery I always said I wanted to produce our own cider because I know a lot of breweries don’t do it,” he says.

Currently, Reverie is offering one variety of cider that has a 5.5 ABV. “Per the state guidelines here in Connecticut, you can’t produce a cider that’s above 6.9 percent. If you do, you have to call it an apple wine, but as a cider drinker, nobody wants to drink an apple wine,” he says. “We chose five and a half percent because we think as far as our brewery goes and our clients go, cider is something that should be a little bit lower ABV, something you can enjoy more than one of.”

And the Reverie cider is not sweet. “Personally, as a cider drinker myself, I’m not a fan of sweet ciders,” Lockwood says. “I know there’s a big market demand for sweet ciders.”

To provide for that demand, Reverie has various flavored simple syrups that can be added to the base cider to make it sweet and bring in new flavors. Lockwood says that eventually, if there’s a clear favorite taproom flavor to add to cider, they might produce a large batch.

While the cider is currently only offered on tap at the brewery or in growlers, plans are underway for its canning. The brewery also has outdoor seating, curbside pickup and will do local deliveries as long as the state permits breweries to continue home delivery.

Lockwood says that while brewing a batch of cider takes much less time than a batch of beer, cider can be less forgiving, as it’s harder to get rid of undesired flavors. But he enjoys the challenge of it, and in the future, he’s not limiting his experimentation to cider or beer. “We’re going to be doing mead down the road. It’s a niche market, there’s not a huge market for mead, but as brewing nerdom goes, it’s a fun area to dive into and spend some time trying to craft quality mead products and be one of the few places you can get mead in Connecticut.”

Home Videos The WORLD of WINE – Wine News. Cheap wine, tasting notes and cooking with wine The World of Wine – May 2021 … END_OF_DOCUMENT_TOKEN_TO_BE_REPLACED

How to visit Napa Valley on a Budget. In this video Carson and I explain a few ways to enjoy Napa on the cheap. Tip and advice about how to visit Napa … END_OF_DOCUMENT_TOKEN_TO_BE_REPLACED

Home Videos Get To Know Argentina Wine | Wine Folly If you love Malbec, Argentina is your ultimate wine region. But that’s not … END_OF_DOCUMENT_TOKEN_TO_BE_REPLACED