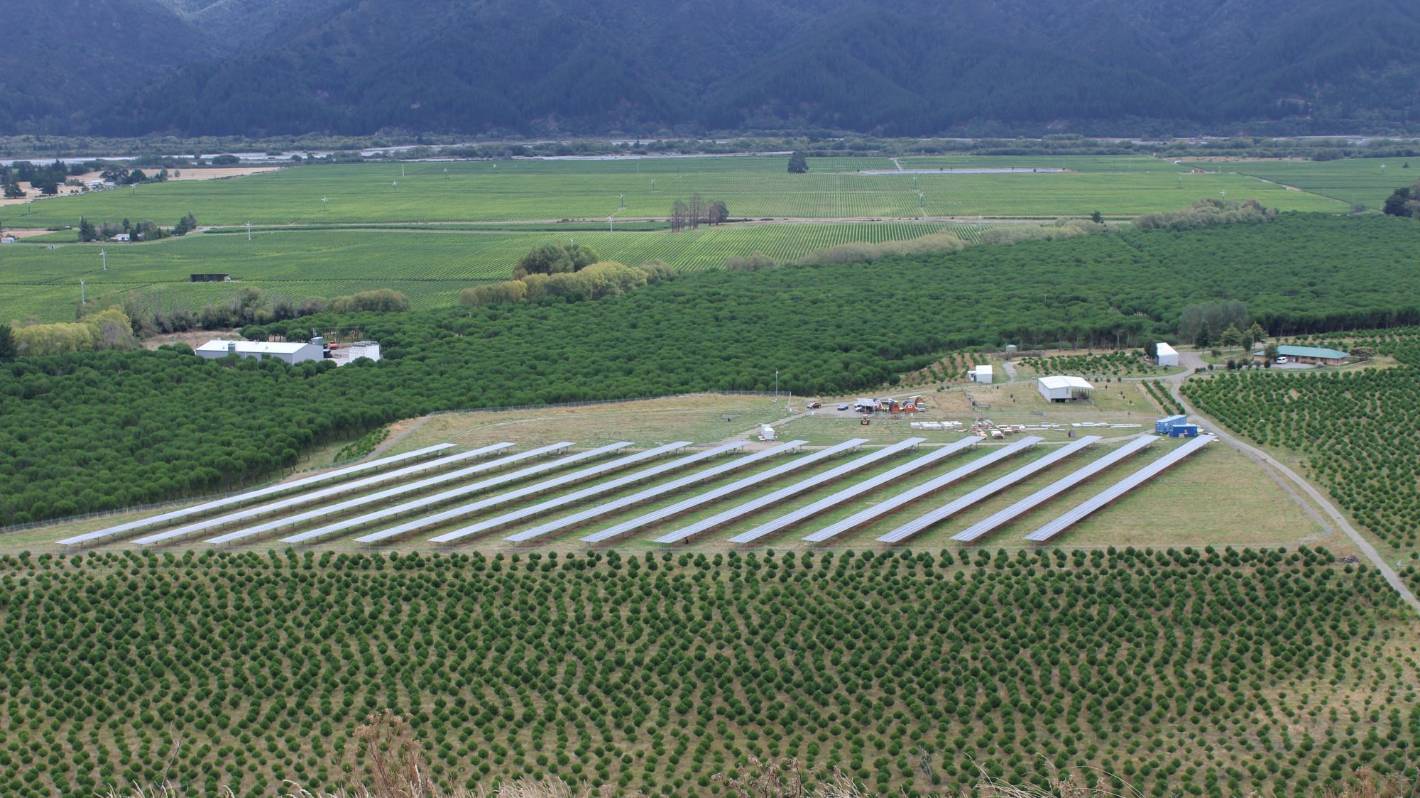 Something flat, sunny, and spacious was on Campbell McMath’s shopping list in Marlborough.

The Kea Energy managing director was not looking for a new home, but rather a site to develop the country’s biggest solar power farm.

It took him almost a year, but McMath found what he was looking for in the Wairau Valley.

“We were looking for something relatively flat and near power lines. We bought four hectares of land, close to a pine nuts orchard with a nice view of the valley, the mountains and the vineyards,” McMath said.

McMath said it was no easy task in Marlborough as land could be expensive and there was competition with vineyards.

But the region’s high sunshine hours and a high price for electricity made it a good location.

McMath said the project started about two or three years ago.

“Once we found the land, it took us another year to get all the consents and do the electricity modelling to make sure the solar farm was ok for the electricity network.”

His family business based in Leeston, 30km southwest of Christchurch, has operated since 2005 and owns 14 sites around the South Island.

McMath said the Marlborough site was the largest solar farm in the country, with around 4000 panels installed and currently generating, with a maximum of up to 5500 panels once complete. It was also the “most beautiful solar farm” in New Zealand, he said.

“Our capacity on the inverter is 2.2 megawatts (MWh) but we have an agreement with Marlborough Lines and at the moment we are building up to 1.85 MWh.”

The company was hoping to increase that limit with Marlborough Lines.

“If they stop us at 1.85 MWh then we won’t be able to go any further, that would be the finishing point for this site,” McMath said.

“We have chosen a bifacial panel which has glass on both sides, which is a little more environmentally friendly than your traditional mono-facial panel.

“Our intention is to keep the panels as long as economical and then sell on to hobbyists, for up-cycling.

“With the tracking system we are able to increase the power generated, just by following the sun, this has a huge advantage for selling on the market as you are generating far more of the day.

“It does lose a bit of simplicity when you start following the sun, there is more maintenance involved but once it is running it tends to be relatively stable,” he said.

He said the demand in New Zealand for solar power wasn’t massive.

“We have seen a big demand in certain parts of the country but not in Marlborough yet. Most of the developers are looking at the North Island.”

Home Videos The WORLD of WINE – Wine News. Cheap wine, tasting notes and cooking with wine The World of Wine – May 2021 … END_OF_DOCUMENT_TOKEN_TO_BE_REPLACED

How to visit Napa Valley on a Budget. In this video Carson and I explain a few ways to enjoy Napa on the cheap. Tip and advice about how to visit Napa … END_OF_DOCUMENT_TOKEN_TO_BE_REPLACED

Home Videos Get To Know Argentina Wine | Wine Folly If you love Malbec, Argentina is your ultimate wine region. But that’s not … END_OF_DOCUMENT_TOKEN_TO_BE_REPLACED