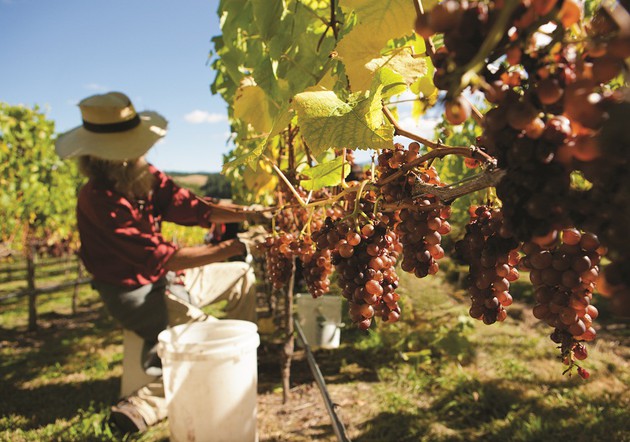 New Zealand has just missed its self-imposed 2020 organics target, though a groundswell of producers switching up their practices means the country could be on track to reach the milestone within the next couple of years.

In yesterday’s “What Next?” For New Zealand seminar – part of a newly virtual New Zealand Wine Week – host Emma Jenkins MW said the optimistic goal of 20% organic certification by 2020 for certain regions, was “a catchy and ambitious phrase” as the country aimed to supercharge its reputation for wellness-driven wine.

Currently, over 10% hold the certification country-wide. However, there is evidence to suggest that at a vineyard level, in practice, producers are growing increasingly closer to the target of 20%

New Zealand is still a world leader in organic winemaking. This formed part of a discussion at the seminar, which highlighted winemakers’ “long term responsibility” to look after the land.

Asked whether understanding of organic practices is translating to higher retail prices for producers, Rudi Bauer, winemaker at Quartz Reef, said: “At this stage, not directly, not yet. But in general, there’s a great interest in what we eat and what we drink which will ultimately create a snowball effect, and without any doubt, people will then seek out purchases which fit in with their own feel good factor, while also taking responsibility for what they bring into their household.

“It’s also directly related to how you communicate to your customer. And I think New Zealand wine has been pitching for high quality for years. Irrelevant of what your philosophies are, ultimately it has to be great wine on the table. Plus, it’s only one part of what we’re doing in New Zealand and that’s extraordinarily exciting.”

Amy Farnsworth, owner and winemaker at Amoise Wines, added that there has been evolution in organic winemaking from smaller, often younger producers who have graduated from making wine as part of their “own side hustle to their full time gig”.

“It’s interesting because we are quite behind in [organics] in Hawke’s Bay, but Villa Maria is working really hard on going fully organic by 2025 and Jonathan Hamlet (former Villa Maria regional vineyard manager for Hawkes Bay) has just gone over to [rival leading Hawke’s Bay producer] Craggy Range, so I’m feeling really hopeful,” she said.

New Zealand remains one of the leading organic producing countries worldwide. There are currently 111 certified organic grape growers, some with multiple organic vineyards, and 73 organic wineries. Some of these wineries also grow their own grapes so there is overlap of some in those categories.

Today, over 10% of New Zealand wineries hold organic certification with organic and biodynamic wine making up approximately 6% of the total wine volumes of New Zealand.

It also has a long history of organic and biodynamic farming. James Millton of The Millton Vineyard in Gisborne, was not only the first New Zealand producer to gain biodynamic certification, but also the first in the southern hemisphere.

Home Videos The WORLD of WINE – Wine News. Cheap wine, tasting notes and cooking with wine The World of Wine – May 2021 … END_OF_DOCUMENT_TOKEN_TO_BE_REPLACED

How to visit Napa Valley on a Budget. In this video Carson and I explain a few ways to enjoy Napa on the cheap. Tip and advice about how to visit Napa … END_OF_DOCUMENT_TOKEN_TO_BE_REPLACED

Home Videos Get To Know Argentina Wine | Wine Folly If you love Malbec, Argentina is your ultimate wine region. But that’s not … END_OF_DOCUMENT_TOKEN_TO_BE_REPLACED