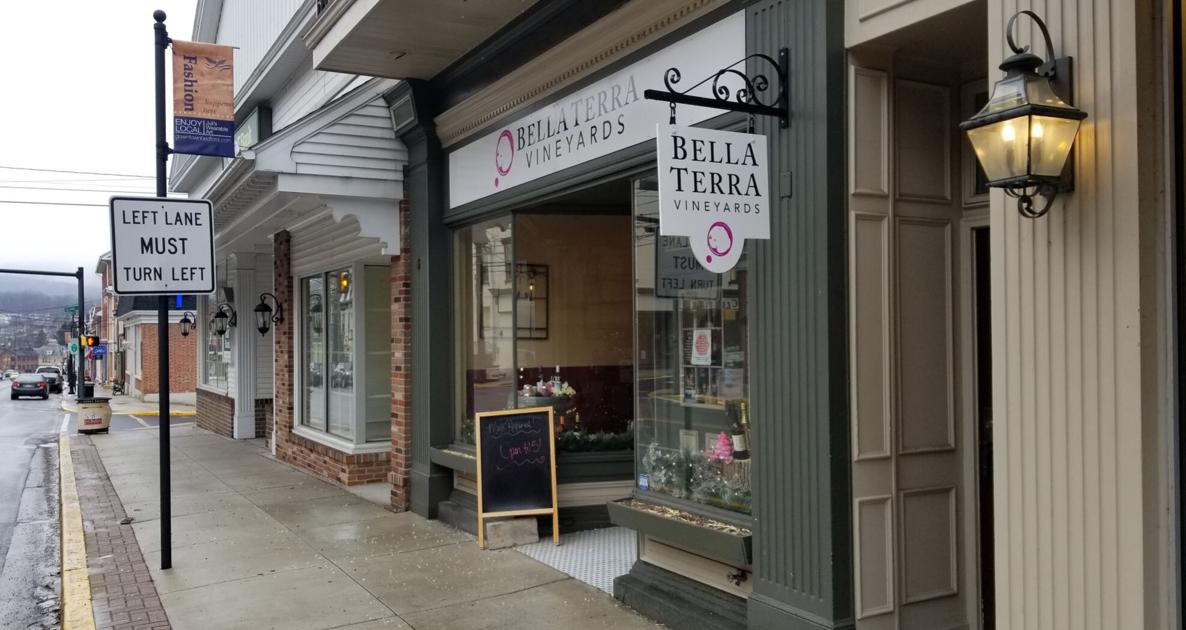 The owners of Bella Terra Vineyards are hoping the new signage in front of their tasting room on East Pitt Street will mark a new beginning for the company’s operations in Bedford.

Jay and Joanna Bell, owners of the Westmoreland County -based winery, purchased the Briar Valley Winery and Vineyard from Tod and Jean Manspeaker this past May. The sale came a few months into the coronavirus pandemic, which the couple at the time hoped was nearing an end.

Nearly nine months later, the state restrictions on restaurants and bars — and tasting rooms — remain in place to mitigate the spread of COVID-19.

“It’s been difficult to say the least,” Jay Bell said about the transition into a new market. “… It’s been more challenging than what we expected. At the time, we were thinking it would be over in a couple months.”

The frequently changing state restrictions on indoor dining capacity have caused headaches at the tasting room. Bell said the small size of the establishment greatly limited its options of entertaining patrons.

“Going from 25 to 50 (percent capacity), then it goes to no on-site, and then back again — the back-and-forth has been difficult,” Bell said.

The requirement for a meal to be served with all on-premises alcohol consumption also was a hurdle for the tasting room.

“We worked with some restaurants there so people could order food at our place,” he said. “We needed to offer food on site.”

This month brought some positive change for the winery. New signage reading “Bella Terra Vineyards” replaced the former signs for the Briar Valley Winery on the facade of the tasting room.

Bell said the company’s license permits them to produce under the Bella Terra brand, but said the Briar Valley name will remain in place for the wines produced in Bedford County from the vineyard in Everett.

“We will be keeping the Briar Valley brand for the products produced at that vineyard,” Bell said. “The front of the bottle will still say Briar Valley.”

He added the back of the bottles will note the product was made by Bella Terra Vineyards.

The Bells founded their wine company in Hunker, Westmoreland County in 2015, beginning in their garage as part of the couple’s wedding business. They operate their main facility in the town, which is about 80 minutes west of Bedford along the Pennsylvania Turnpike.

Briar Valley Winery was founded by the Manspeakers in 2005, with their first vintage coming two years later — the same year they opened the tasting room. The winery has been known for its European wine grape varieties, which are commonly thought to be difficult to grow in Pennsylvania’s climate.

Bell said the winter weather has been good for the upcoming growing season.

“It’s actually been a very favorable winter for the vineyard,” he said. “We have a good plan in place to tackle the entire season.”

The winery’s three full-time employees at the vineyard in Everett are set to begin pruning next week, Bell said.

“We’re ready to rock and roll,” he said.

When permitted, the Bells aim to offer more live music and entertainment on Fridays and Saturdays at the tasting room. He said they also hope to host some outdoor events at the vineyard.

Despite the difficult start to business in Bedford County due to the pandemic, Bell said he is optimistic for a good year in 2021 and years beyond.

Home Videos The WORLD of WINE – Wine News. Cheap wine, tasting notes and cooking with wine The World of Wine – May 2021 … END_OF_DOCUMENT_TOKEN_TO_BE_REPLACED

How to visit Napa Valley on a Budget. In this video Carson and I explain a few ways to enjoy Napa on the cheap. Tip and advice about how to visit Napa … END_OF_DOCUMENT_TOKEN_TO_BE_REPLACED

Home Videos Get To Know Argentina Wine | Wine Folly If you love Malbec, Argentina is your ultimate wine region. But that’s not … END_OF_DOCUMENT_TOKEN_TO_BE_REPLACED