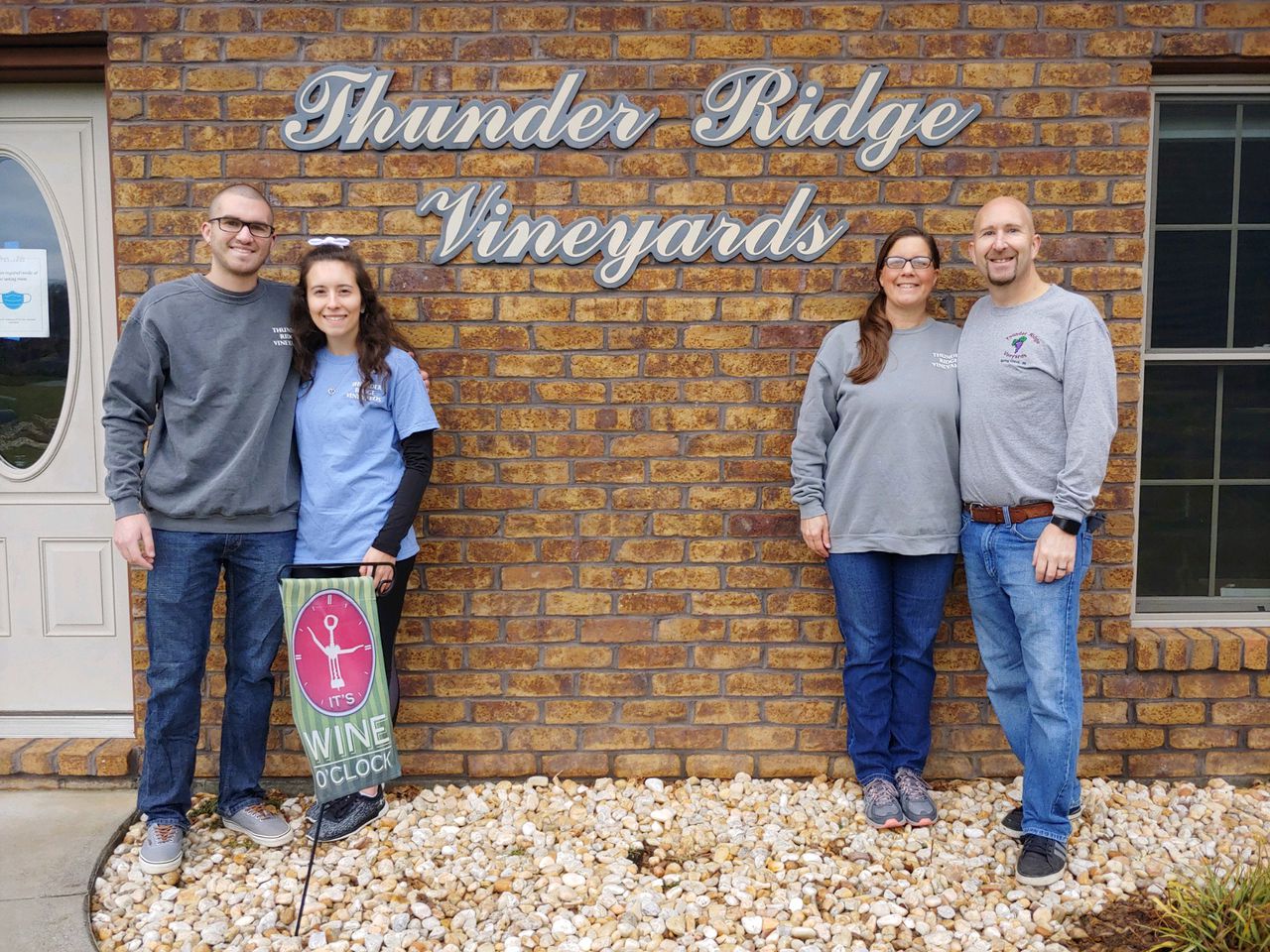 Amy Zill said that she and her husband Joe were already working on a “what’s-next plan” when they visited Thunder Ridge Vineyards near Spring Grove, York County, over Labor Day weekend to share some wine and pizza.

She was about to end a 10-year career as a behavioral health technician in September 2020 and her husband already was thinking about the future after he would leave the United Parcel Service at the end of July 2021.

He envisioned going to work at a winery and applying at a creamery near the South Hanover Township home they have occupied for more than the past 20 years.

“We talked about traveling to find some property to call our last forever home someday,” she said. “We had plans to both find part-time fun jobs upon his retirement.”

Then came the revelation that Jeff Gormley and his daughter Alex had put their Thunder Ridge winery up for sale, one they opened in Heidelberg Township between Hanover and Spring Grove, in May 2015.

“Numerous times between ourselves and friends, we joked about owning a winery though,” Zill said, and after finding out about the winery’s availability they spent time considering it. “A few months later, we decided why not try to see if we could make it happen,” she said. “We saw that it had been taken off the market, so we contacted the owners to find out they were still interested in selling it if someone were interested. Of course, we needed a preapproval and such. That day we started the process of pursuing just that. After many applications, business plans, emails, meetings and sleepless nights we had ourselves everything we needed to move forward with the purchase.”

What they will take over is one of the more interesting wineries in the state, with an eclectic wine list and what Marty Cook, the Pennsylvania Wine Society’s president and a former classmate of Gormley’s in HACC’s enology & viticulture tech program, called “a fascinating study in viticulture.”

Gormley grows more than 40 varieties, including such things as Pinotage, Albariño, Tempranillo and Dornfelder. “As a result,” Cook said, “Jeff makes a lot of small-batch, unique wines, to say the least.”

Dill said that she and her husband plan to maintain the vines, getting instruction from Jeff and Alex, who will remain around this year to answer questions and offer suggestions. The two new owners also have been enrolling in webinars offered by Penn State, which they plan to continue to do.

“The father-daughter duo has created such a wonderful business from the ground up,” Zill said. “We want nothing more than to continue growing what they started with much success.”

Obviously, they are restricted for now in how many people can occupy the tasting room, which is open 11 a.m. to 5 p.m. Saturdays and noon to 4 pm. Sundays. There is a limited food menu. To-go orders also are available, as are wine and cider bottles, for pickup any day of the week. Arrangements can be made by calling 717.688.1897. The winery’s address is 932 Hilltop Dr. S.

Looking ahead, Zill said they’ve talked about eventually expanding the parking area along with the tasting and processing rooms. But their aim is more to maintain than change, she said. “We plan to keep this a family-run business with a family-friendly atmosphere,” she said, noting that their daughter and her fiancé, and their son and his girlfriend, have offered their support by jumping in to learn aspects of the operation.

“We first heard about Thunder Ridge back in 2013 when we met Alex through a gathering at our home for some kids at the local high school our children attended as well,” Zill said. During that introduction, Alex and Joe found wine as a common interest; he has been making wine for years in his basement.

“We love entertaining and serving his wine or giving it as gifts, [which is] why so many joked we should own a winery,” she said. “We had tasted Thunder Ridge wine at wine tastings and at local restaurants since meeting Alex. We truly believe it was fate that brought us to Thunder Ridge that day, as we rarely get a chance to go out and just happened to find out it was for sale.”

ALSO READ: The Vineyard at Hershey’s wait for 2nd Governor’s Cup a lot shorter than for the first one

Home Videos The WORLD of WINE – Wine News. Cheap wine, tasting notes and cooking with wine The World of Wine – May 2021 … END_OF_DOCUMENT_TOKEN_TO_BE_REPLACED

How to visit Napa Valley on a Budget. In this video Carson and I explain a few ways to enjoy Napa on the cheap. Tip and advice about how to visit Napa … END_OF_DOCUMENT_TOKEN_TO_BE_REPLACED

Home Videos Get To Know Argentina Wine | Wine Folly If you love Malbec, Argentina is your ultimate wine region. But that’s not … END_OF_DOCUMENT_TOKEN_TO_BE_REPLACED