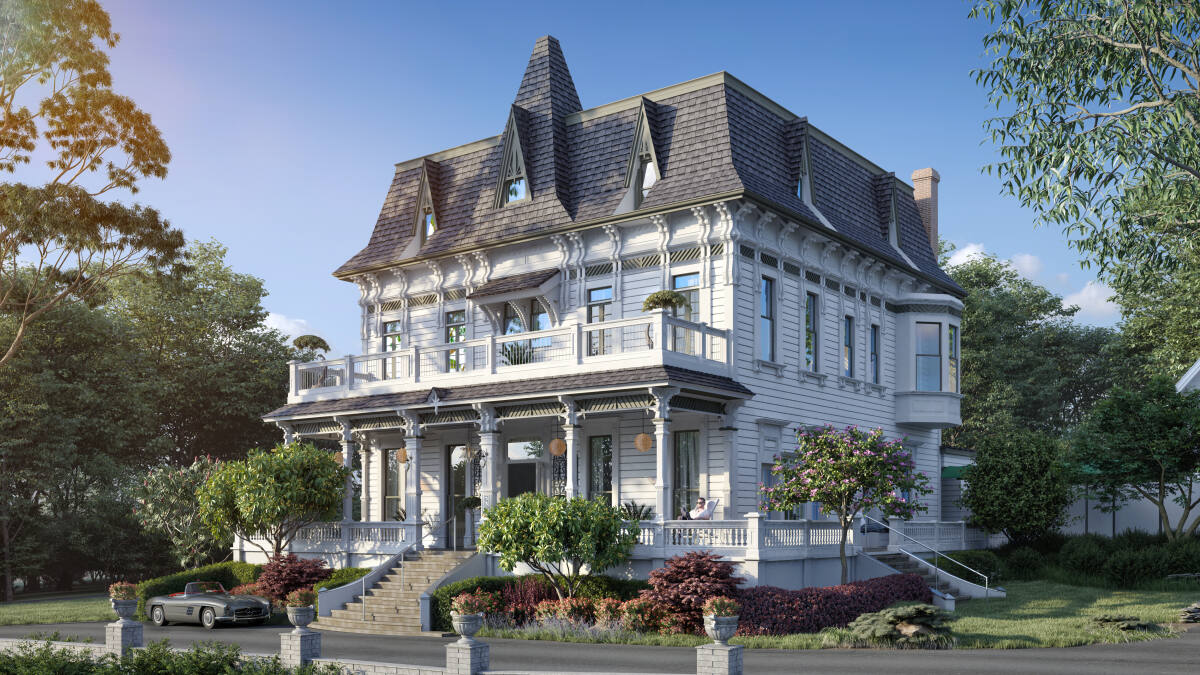 A group of investors led by brothers Jay and Kyle Jeffers have acquired Madrona Manor Inn with plans to renovate the historic boutique property and Michelin-starred restaurant in Healdsburg. Plans call for it to reopen as The Madrona in late 2021.

Just one mile from Healdsburg town square, the Madrona will feature a fitness studio with Peloton Bikes and Treadmills, Tonal Smart Gyms, free weights, and a private outdoor area for yoga, stretching and mindfulness.

Mosaic Hotel Group is a division of Palisades Hospitality Group, a full-service hospitality company that manages and develops hotels and restaurants as well as provides industry-tailored financial and design consulting services.

Bouchaine Vineyards in the Napa Valley side of the Carneros appellation, has selected Wine Warehouse to handle all of its wholesale distribution and sales within the state of California.

The proprietors of Bouchaine Vineyards, Gerret and Tatiana Copeland, founded the 104 acre vineyard and winery in 1981.

Trois Noix of St. Helena has announced a partnership with Quench Fine Wines, a fine wine and spirits distributor based in Phoenix.

While Trois Noix is currently distributed in several states along the East Coast, Quench Fine Wines is the first distributor partnership for Trois Noix in the Western region. “We could not be happier to partner with Quench — as a key independent player in the Arizona market, specializing in family-owned wines, they are the perfect match for us,” said CEO Jaime Araujo.

Sonoma County Vintners announces the seventh annual Sonoma County Barrel Auction on May 5–7, presented by American AgCredit, is open for registration. The virtual auction for the first time will include library wines and exclusive winery-only wines in addition to unique never before, never again auction lots. This auction is an invitation-only program for members of the wine trade, wine collectors and media. Members of the trade who participate have the opportunity to resell wines that showcase the diversity of Sonoma County to their customers and ultra-premium wine collectors.

The Sonoma County Barrel Auction virtual format provides a one-click bidding process beginning on May 5 that will conclude on May 7, 2021.

Those who participate will be able to view videos from many winemakers about their auction lots. The 2021 Sonoma County Barrel Auction lots will be announced in late March.

Quarryhill Botanical Garden has announced that it has changed its name to Sonoma Botanical Garden and will broadened its mission to interpret the native plants of California in addition to its historic focus on Asian flora.

The 67-acre Sonoma Valley botanical garden is internationally recognized for spectacular collections of flowering Asian plants, many grown from seed gathered on trips to China, Japan, Korea, and elsewhere in Asia. It was founded by Jane Davenport Jansen in 1987 and was called Quarryhill, after the former sandstone quarry on an upland portion of the site.

In February 2020, the facility began to overseen by new director, Scot Medbury. Medbury returned to California after 15 years as President of Brooklyn Botanic Garden in New York. He earlier served as Director of the San Francisco Botanical Garden and the Conservatory of Flowers in Golden Gate Park, where he led a comprehensive renovation that restored the Conservatory to one of San Francisco’s key attractions.

HALL Wines, owned by Craig and Kathryn Hall, is donating wine barrels to be used throughout the towns of St. Helena and Angwin for a colorful Easter installation, coined Barrels of Fun, for the second year in a row.

The barrels can be ordered and delivered to businesses and residences around the area to be painted and displayed to create a community wide easter egg hunt.

Those looking to sign up to receive a complimentary barrel can do so online.

Home Videos The WORLD of WINE – Wine News. Cheap wine, tasting notes and cooking with wine The World of Wine – May 2021 … END_OF_DOCUMENT_TOKEN_TO_BE_REPLACED

How to visit Napa Valley on a Budget. In this video Carson and I explain a few ways to enjoy Napa on the cheap. Tip and advice about how to visit Napa … END_OF_DOCUMENT_TOKEN_TO_BE_REPLACED

Home Videos Get To Know Argentina Wine | Wine Folly If you love Malbec, Argentina is your ultimate wine region. But that’s not … END_OF_DOCUMENT_TOKEN_TO_BE_REPLACED