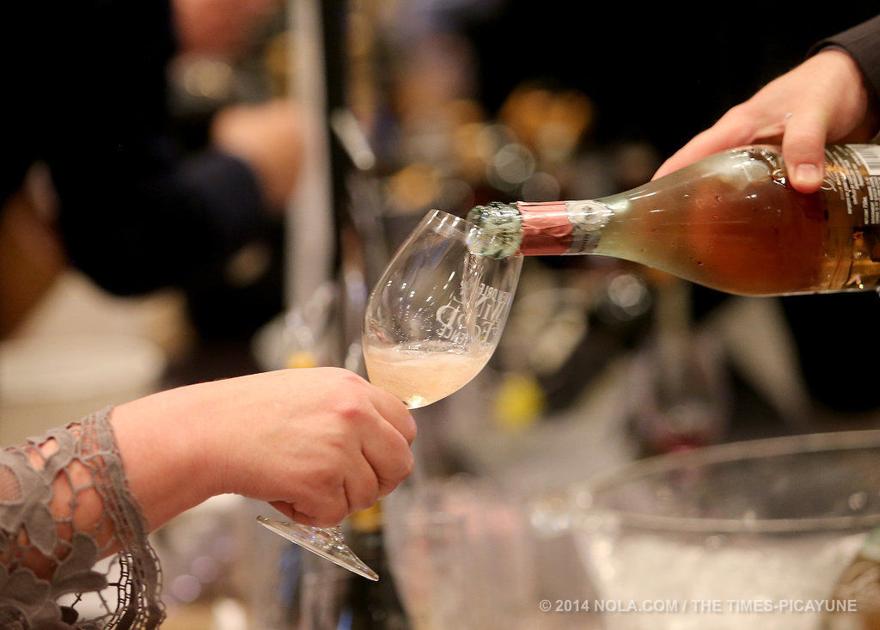 The New Orleans Wine & Food Experience is making a comeback, with a slate of events planned for June, banking on the enduring appeal of wine and some new approaches tailored for the times.

NOWFE was technically postponed last year as the coronavirus crisis emerged; it was not officially called off. As 2020 played out, organizers found different ways to bring back some of its features, including wine dinners at restaurants and a seated wine tasting. NOWFE executive director Aimee Brown says that experience is guiding this year’s events.

“We’ve done more than 45 events with restaurants and hotels in the past year and we’ve learned a lot from them,” she said. “They know how to do these things safely that’s why they’re great partners.”

The crowds that normally pack Frankie & Johnny’s Restaurant for po-boys and beer between parades were missing this Carnival season. The wi…

This year’s event will unfold over five days, June 9-13, including seminars and specialty food and drink “experiences,” which are normally presented in small groups, and also including wine tastings and festive meals.

Ticket sales will be set by occupancy rules for the various venues, and Brown said the available tickets will be much more limited than in past years.

The Royal Street Stroll, usually the most freewheeling of NOWFE events, won’t happen this year. Other familiar features will return though, including the Grand Tastings and the higher-end Vinola tasting; the Tournament of Rosés, a rosé themed tasting; and the Burlesque, Bubbly & Brunch event.

Grand Tastings and Vinola are normally “walk around” events, where people stroll between tables to sample different wines. That is the plan for this year too, with smaller groups and staggered start times. Depending on local rules and protocols in place at the time of the event, the tastings could shift to seated events.

“We know this is a fluid situation, we want to keep as much of the traditional NOWFE events that we can offer safely and we’re working with all partners to make sure we can do that,” Brown said.

As the day progressed at Business Bar, tables alternately filled with mason jars of iced coffee and breakfast sandwiches, then eye-catching co…

Recognizing that many restaurants face sharp hardships in the pandemic, Brown said the group will pay restaurants that take part to defray expenses.

For many years, NOWFE was held around Memorial Day weekend, but the event date has shifted over the past few years (it was scheduled for March in 2020, just before the pandemic arrived). Now, NOWFE is looking to June as the permanent time frame for the event, and it has already staked out June 2022 for the next edition.

Brown said moving away from Memorial Day led to much higher participation by wineries. This year, she said, the June dates also give more time for pandemic conditions and the corresponding protocols to change.

Earlier NOWFE wine dinners during the pandemic have sold out fast, which to Brown showed that local patrons are keen to get back to familiar events. Restaurants have similarly been eager to host the events, for the added business and a morale boost.

Those wine dinners continue at restaurants around the city.

There have been a lot of good times at Seal’s Class Act, from the brass bands and jazz singers who performed under its roof, to the second-lin…

Before there were Mardi Gras house floats, before there was even “festing in place,” New Orleans saw one tradition recast very early in the pa…

Home Videos The WORLD of WINE – Wine News. Cheap wine, tasting notes and cooking with wine The World of Wine – May 2021 … END_OF_DOCUMENT_TOKEN_TO_BE_REPLACED

How to visit Napa Valley on a Budget. In this video Carson and I explain a few ways to enjoy Napa on the cheap. Tip and advice about how to visit Napa … END_OF_DOCUMENT_TOKEN_TO_BE_REPLACED

Home Videos Get To Know Argentina Wine | Wine Folly If you love Malbec, Argentina is your ultimate wine region. But that’s not … END_OF_DOCUMENT_TOKEN_TO_BE_REPLACED