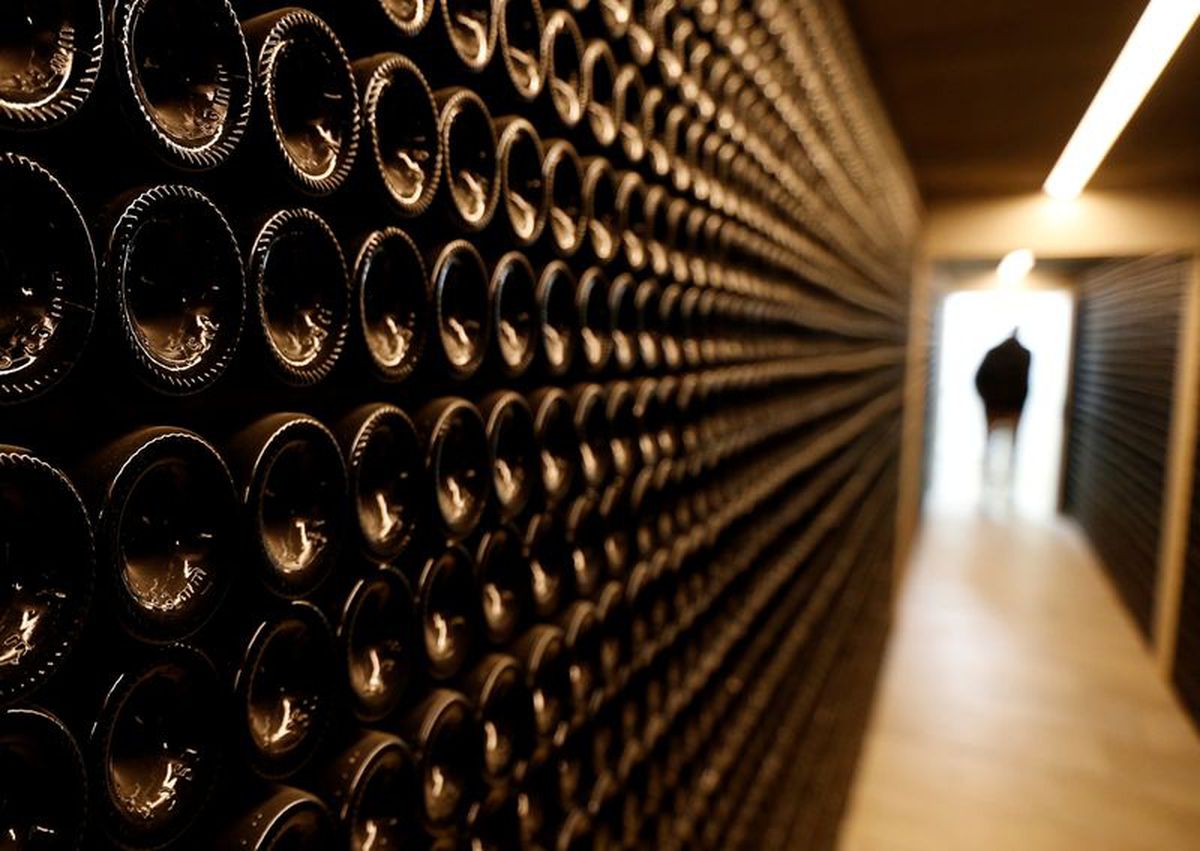 Tayu 1865 is a project that connects one of Chile’s largest wine producers with the Indigenous Buchahueico Mapuche community in the Malleco Valley. Viña San Pedro works in partnership with six families in the remote southern region to cultivate 15 hectares of pinot noir vines to produce different expression of wine.

You’d be forgiven for mistaking many Chilean pinot noirs for merlot due to their bold fruity character and full-bodied concentration, but Tayu 1865 is a different breed.

One of the pioneering export producers in Chile, San Pedro is responsible for the value brands GatoNegro and 35(degrees) South, as well as more premium offerings. Its wines have been distributed in Canada since the 1940s, and its interest in an emerging region located some 600 kilometres from Chile’s capital, Santiago, was bound to attract attention. Vines were planted in 2015, and the first wine to come to market was the 2018 vintage.

The debut release was directed by Viviana Navarrete, chief winemaker for Viña Leyda, which is part of the VSPT Wine Group, formed by the 2008 merger of Viña San Pedro and Viña Tarapaca. According to the winery, the pinot noir grapes grown in Malleco were harvested 20 days later than pinot planted in other regions, which might suggest that the resulting wine offers a more profoundly ripe character. But the longer hang time was necessary due to the region’s cooler climate, which is moderated by the southern latitude and the proximity to the Pacific Ocean. The result is a wine with more marked earthy and floral notes than powerful fruit character.

Navarrete and others have been instructing the familie on how to care for the vines and manage their vineyards. Originally, two families were involved, farming five hectares of vineyards that produced the grapes used for the 2018 release. The learning curve has been steep, but early success has since seen four more families join in the collaboration.

The venture doesn’t only seek to produce inspiring wine; it’s a creative economic development project that will benefit the community with new business and employment opportunities. The name Tayu means “ours” in Mapudungun, while the number 1865 calls attention to the year San Pedro was established in the Curico Valley.

The exciting new pinot was recently released at LCBO Vintages outlets. It’s one of this week’s recommended wines, along with a selection of Canadian, French and other international wines that also offer excitement for your palate.

Winemaker Michael Bartier has a serious reputation for making compelling and enjoyable wines in the Okanagan, such as this savoury and spicy red. Ten per cent merlot is added to the blend to enhance the wine’s approachable character. Winemaking decisions, such as aging in older neutral French oak instead of new barrels that would contribute vanilla, spice and other flavours, were made to highlight the juicy and refreshing character. Drink now to 2024. Available at the above price in British Columbia or direct through bartierbros.ca, various prices in Alberta.

A blend of grenache and mourvèdre from Almansa in the southeastern part of Spain, this balanced and flavourful red offers tremendous concentration and character for its price. Some savoury and earthy notes and youthful tannins on the finish add a rustic edge, which, to my taste at least, increases its enjoyment factor. Drink now to 2024. Available in Ontario at the above price, $16.99 in British Columbia, various prices in Alberta, $13.99 in Manitoba, $17.30 in Quebec.

Created in a savoury and smooth style, this shiraz and grenache blend is made to fair-trade standards by a winemaking team that includes Bruce Jack, who produces an extensive range of wines at every price point in South Africa. This same blend is available in the United States in a can, which might give you an idea of its crowd-pleasing nature. Drink now. Vegan-friendly. Available at the above price in Ontario, $18.35 in Quebec.

Made in an appealingly fresh and fruity style, this well-made Niagara white offers a tasty mix of citrus and peach flavours as part of its lively character. A riper expression of pinot grigio, with more style than many large-volume examples on the market, this is sure to please a crowd. Drink now to 2023. Available in Ontario at the above price or direct through fieldingwines.com.

The owners of Gold Hill farm 65 acres of vineyards in the Okanagan Valley, with sites located in warmer locations in Osoyoos and on the Golden Mile. Most of their grapes are sold to other wineries in the area. The family winery prides itself on producing robust and ripe red wines like this seriously concentrated and complex model of cabernet franc. Its full-bodied and flavourful character is sure to please fans of blockbuster styles of red wine. Available in British Columbia at the above price or direct through goldhillwinery.com.

Coming from Chapoutier’s operation in Roussillon in the south of France, this is an enjoyable white wine at a good price. A blend of grenache blanc and other varieties results in a richly concentrated wine that’s also refreshing. This offers great balance and intensity of flavour, making it enjoyable on its own or with a meal. Drink now to 2023. Available in Ontario at the above price, $17.99 in British Columbia and Manitoba, various prices in Alberta, $18.99 in Saskatchewan, $19.99 in New Brunswick and Nova Scotia, $18.99 in Prince Edward Island.

One of the négociant wines coming from Thibaut Marion’s cellars in Beaune, made with purchased wines that were aged and bottled, this release this is a ripe and fragrant red wine that’s certainly fruity but offers more depth than most New World pinots at this price. There’s a rich core of fruit that’s nicely integrated with the smooth texture and refreshing finish. Drink now to 2027. Available in Ontario, direct from thevineagency.ca, various prices in Alberta.

The debut vintage of Tayu offers appealing concentration and intensity, with complex fruity, floral and earthy aromas and flavours. Like most Chilean pinot noirs, this is round and generous, but it is much fresher and focused in nature. Drink now to 2023. Available in Ontario.

Home Videos The WORLD of WINE – Wine News. Cheap wine, tasting notes and cooking with wine The World of Wine – May 2021 … END_OF_DOCUMENT_TOKEN_TO_BE_REPLACED

How to visit Napa Valley on a Budget. In this video Carson and I explain a few ways to enjoy Napa on the cheap. Tip and advice about how to visit Napa … END_OF_DOCUMENT_TOKEN_TO_BE_REPLACED

Home Videos Get To Know Argentina Wine | Wine Folly If you love Malbec, Argentina is your ultimate wine region. But that’s not … END_OF_DOCUMENT_TOKEN_TO_BE_REPLACED