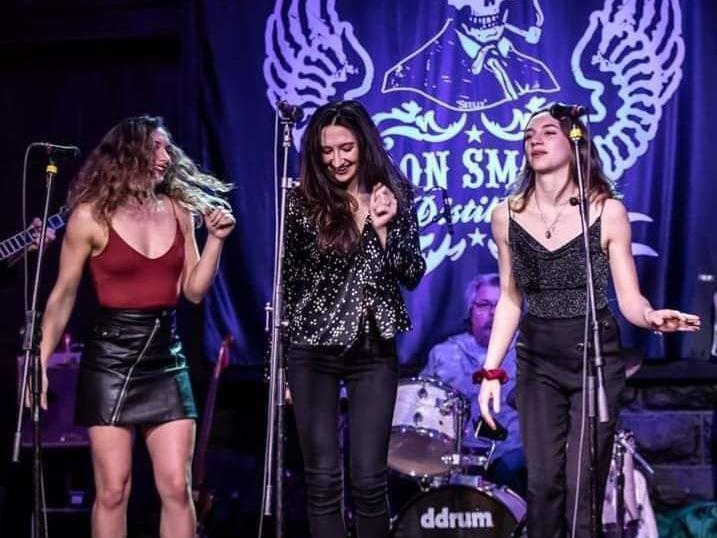 GENEVA — A new format will be used along with honoring a special family and a special alum as St. Peter’s Community Arts Academy holds its annual Dinner With the Arts fundraiser Sunday.

In celebrating their 10th annual dinner while also considering public health and safety, St. Peter’s officials have teamed up with the Beef and Brew Restaurant to offer a four-course meal as a curbside pickup. As for the usual ceremonies, a link to a video presentation sharing awards, updates, an online silent auction, and a tour of the current construction on the new art studio will be made available to participants.

The annual Dinner With the Arts raises support for the Community Arts Academy’s financial aid fund, enabling the Academy to carry out its mission to fulfill its motto: “Arts for All.”

“We want to keep our prices down, and another way we can do that is to raise money for scholarships,” said Academy Administrator Sue Adams. “So if someone can’t afford the lessons, we can make that possible by financial aid.”

Through partnerships with the Geneva City School District and the Boys and Girls Club, students can receive lessons at the Academy that they might not otherwise have access to. Arts programs include international travel for their choir group, which is an opportunity the Academy hope to take advantage of again soon.

This year’s dinner will honor the legacy of the Legott Family in Geneva’s music and dining scene with the Community Award for Extraordinary Support for Music and the Arts award. The Distinguished Alumni Award also will be presented to Waterloo graduate Changhee Lee.

The 10th annual dinner had originally been scheduled for spring of 2020 but was postponed because of the coronavirus pandemic.

The Legott family is best known for founding Club 86. It opened in the early 1900s as Legott’s Bar & Restaurant. In the 1940s, son Jim Legott and his wife Eileen added an addition that allowed the club to host some of the biggest names in music, including Ella Fitzgerald, Buddy Rich, Tony Bennett, and more. Jim and Eileen’s late son Bill and his wife Lori kept the music alive while managing the club with “Cabaret Nights,” which have featured rising performers in Geneva. Though Bill passed away in October 2019, Lori and family can still be found serving the community at Club 86.

“My dad was loyal and loved people,” said their daughter, Abbey Ferguson.

The Legotts see that same loyalty to the community in St. Peter’s. “They are loyal to the community and I think that’s a lot of what my Dad stood for,” Ferguson added. “He would be so proud.”

Alumni honoree Lee graduated from Waterloo High School in 2010. He was a scholarship student of St. Peter’s Community Arts Academy, where he studied piano with Troy Slocum and organ with Dr. MaryAnn Hamilton. He also sang in the Senior Choir. While a student there, he accompanied the St. Nicholas Choir and the Suzuki string group.

Lee continued his studies in piano performance at the Université de Montréal and at the Eastman School of Music. He has since taught courses in theory, musicianship, keyboard skills, and piano at these schools, as well as at McGill University.

To register for the Dinner With the Arts fundraiser, go to St. Peter’s website at stpetersarts.org/giving/dinner-with-the-arts. Tickets are $75. Meals can be ordered online, along with a local wine pairing option, and will be available for pick up Sunday from 5:30-7:15 p.m. at St. Peter’s. Cars will be given a time slot based on preference and availability. Upon arrival, just pull up to the building at 149 Genesee St., and dinners will be brought out to your car.

The silent auction portion of the fundraiser is now live and will remain open until April 12 at 9 p.m. Winners will be allowed to schedule times to pick up their items at the church.

To learn more about sponsorship opportunities and Friend of the Arts contributions, call the church at (315) 789-0106.

Home Videos The WORLD of WINE – Wine News. Cheap wine, tasting notes and cooking with wine The World of Wine – May 2021 … END_OF_DOCUMENT_TOKEN_TO_BE_REPLACED

How to visit Napa Valley on a Budget. In this video Carson and I explain a few ways to enjoy Napa on the cheap. Tip and advice about how to visit Napa … END_OF_DOCUMENT_TOKEN_TO_BE_REPLACED

Home Videos Get To Know Argentina Wine | Wine Folly If you love Malbec, Argentina is your ultimate wine region. But that’s not … END_OF_DOCUMENT_TOKEN_TO_BE_REPLACED