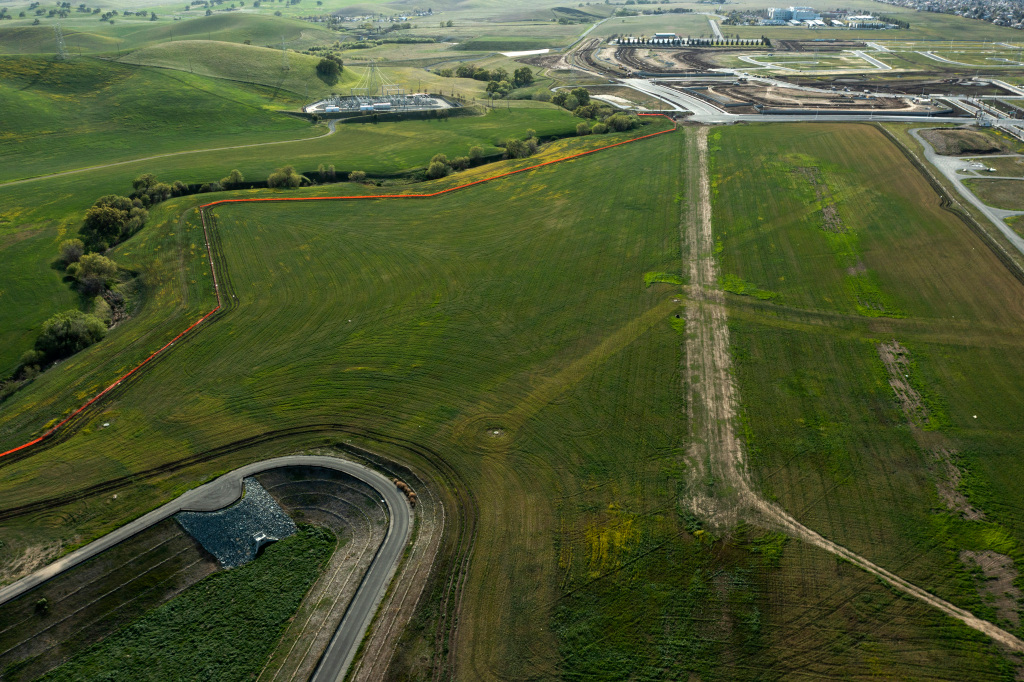 A gated community featuring 220 houses, private parks and trails will be created at the southeastern edge of Antioch, near its border with Brentwood.

The Antioch City Council  on Tuesday night unanimously approved the Creekside/Vineyards at Sand Creek project, paving the way for GBN Partners to develop the community on 158 acres south of the planned extension of Sand Creek Road.

In addition to the homes, parks and trails, the development will include a 200-foot buffer zone along Sand Creek as well as open space at the eastern and western hills, according to the project proposal.

Beinke said the new project is an extension of the earlier Vineyards project and would be adjacent to it. It will also include a bridge over Sand Creek.

Under the proposal, the housing could either be senior/active adult or single-family units, depending on the market.

“We gave ourselves the flexibility but we hope there will be an opportunity for seniors (housing),” Beinke said.

The new development will be in the Brentwood elementary and high school districts, he added.

Several residents spoke in favor of the project, which is in the city’s Sand Creek Focus Area but in a region to the east of land included in the recently approved growth-control measure.

“The project has gone through a rigorous review process and deserves to be supported,” resident Don Freitas said. “It will have a positive impact on our community for so many of our citizens who are struggling.”

Several speakers said the coming construction work should lead to hundreds of good paying jobs because the developer and local unions have struck a project labor agreement.

“Every resident will gain with the much-needed infrastructure improvements with the Sand Creek Focus Area,” resident Tom Lawson said. “It provides growth where it has long been planned for. The project will provide construction jobs paying a family-supporting wage.”

Councilman Mike Barbanica said that although he supports the project he doesn’t think the lot sizes, which range from 4,500 to 5,473 square feet, are large enough for an area designated for 7,000- to 10,0000-square-foot homes.

Even so, Mayor Lamar Thorpe said the project has been “four years in the making” and he favors it. Councilwoman Tamisha Tores-Walker said she looks forward to the jobs being created although it’s unclear how many would go to local workers.

Home Videos The WORLD of WINE – Wine News. Cheap wine, tasting notes and cooking with wine The World of Wine – May 2021 … END_OF_DOCUMENT_TOKEN_TO_BE_REPLACED

How to visit Napa Valley on a Budget. In this video Carson and I explain a few ways to enjoy Napa on the cheap. Tip and advice about how to visit Napa … END_OF_DOCUMENT_TOKEN_TO_BE_REPLACED

Home Videos Get To Know Argentina Wine | Wine Folly If you love Malbec, Argentina is your ultimate wine region. But that’s not … END_OF_DOCUMENT_TOKEN_TO_BE_REPLACED