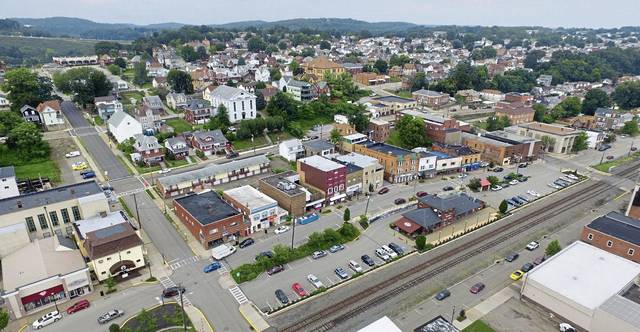 But in addition to hoping the covid-19 pandemic has waned by late August, council will need to amend borough regulations that prohibit drinking alcohol on borough-owned property.

Councilman Brian Snyder, who proposed and is organizing the new festival with the borough’s special events committee, vows it would be a much different affair than the past “Tarentum Festival” that triggered an alcohol ban in July 2008.

Snyder said he went to two Tarentum Festivals, which he and others have called a “drunk fest.” He understands some residents may have concerns about a beer event coming back.

“I can assure people without a doubt in my mind that this is going to be the polar opposite of what that was,” he said. “The whole idea of these craft beer festivals is people come to sample beer. They don’t come to get drunk and disorderly.”

Borough Manager Michael Nestico was researching the borough’s ordinances regulating alcohol. He found an ordinance passed in 1977 that prohibits drinking alcohol in areas that include Riverview Memorial Park and adjacent Dreshar Stadium, among other borough-owned areas. In light of that, he could not explain how the past beer festivals took place.

Nestico said the borough passed a section of the borough code in 2009 that prohibits alcohol consumption in Riverview Memorial Park, which he said duplicated the 1977 legislation.

Borough Solicitor David Regoli will prepare an ordinance amendment for council to consider in March. Nestico said it would give council the ability to review and approve events with alcohol.

“So instead of a direct ban on alcohol consumption, it gives council discretion over the matter. It will be less restrictive than the current language,” Nestico said. “This will give all event organizers, whether the Special Events committee, Recreation Board, local fire companies, or otherwise, the ability to request approval for alcohol sales or consumption at events that are deemed appropriate by council.”

As approved, the first Tarentum craft beer festival would be held Aug. 28. Snyder said he hopes to have about 10 craft beer vendors, along with food trucks, music, art and attractions for kids.

“It would be a family event,” he said.

Local businesses would also be able to participate and promote themselves, Snyder said.

“Beer festivals are gaining a lot of popularity over the past few years,” he said. “Our main goal is to bring people into town to experience what we have to offer. This is a good way to do that.”

Beer sales would be confined to within the stadium, where it can be regulated and limited to those 21 and older. Participants would receive wristbands and commemorative glasses.

Admission would cost between $30 and $45, depending on how many breweries participate, Snyder said.

Snyder said attendees would get only small samples of beers, akin to a wine tasting. Some craft brewers use punch cards to limit how many samples a person gets.

“Their goal is to sell product for the customer to take home. That’s the idea behind these beer festivals,” he said. “It’s for the vendors to get their name out to the customers.”

The Tarentum Festival, a fundraiser for Highland Hose, has not been held since 2008, when council decided to ban alcohol at events on borough property. Residents complained about attendees trespassing and urinating in public. On the final night of the 2008 festival, a fight nearly started a riot in a crowd of 5,000 to 6,000 gathered for a concert.

Snyder said there won’t be anywhere near that many attending the new craft beer festival, for which he said they’d feel lucky if they sell 200 tickets.

“This is something we want to see for the future of Tarentum,” he said. “I don’t want my name attached to anything that’s going to negatively affect Tarentum. If I didn’t believe in this being a good thing, I wouldn’t have brought it up.”

“We’ve said time and time again, ‘We need a brewery in Tarentum,’” he said. “One of these people who come in for this festival might look around at some of the places we have available and think this is the perfect place to set up shop.”

Brian C. Rittmeyer is a Tribune-Review staff writer. You can contact Brian at 724-226-4701, brittmeyer@triblive.com or via Twitter .

Home Videos The WORLD of WINE – Wine News. Cheap wine, tasting notes and cooking with wine The World of Wine – May 2021 … END_OF_DOCUMENT_TOKEN_TO_BE_REPLACED

How to visit Napa Valley on a Budget. In this video Carson and I explain a few ways to enjoy Napa on the cheap. Tip and advice about how to visit Napa … END_OF_DOCUMENT_TOKEN_TO_BE_REPLACED

Home Videos Get To Know Argentina Wine | Wine Folly If you love Malbec, Argentina is your ultimate wine region. But that’s not … END_OF_DOCUMENT_TOKEN_TO_BE_REPLACED