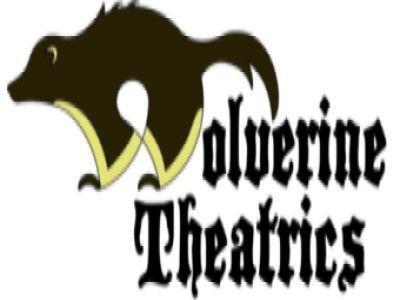 Wolverine Theatrics founder Nathaniel Quinn had no idea a global pandemic was coming when he started his theater company in early 2020. But the national shutdown of performing arts venues didn’t prevent him from helping thespians hone their craft.

Instead of live, in-person shows, Quinn pivoted to recorded podcast readings of new plays by emerging playwrights. Think of them like old-fashioned radio dramas, he said. By recording readings of these new pieces, he was offering people who don’t have the chance to read a script an opportunity to have it read to them while they’re commuting, cleaning, etc.

“We give new playwrights a voice,” Quinn said of his mission. “The whole intention is to celebrate new plays and playwrights, because their job is so much more difficult than an actor who can go audition for 30 roles a week. Unless you’re picking up awards left and right, getting your work out there so someone takes the time to read it is very difficult.”

As a teacher, artist and a self-proclaimed theatrician with an MFA in directing, Quinn knows how hard it is to break into the theater world. But the risk is worth the reward, and that’s what pushed him to finally expand Wolverine Theatrics into what it is now (previously it was a blog where he published theater reviews).

Quinn finds most of the plays for Wolverine Theatrics’ schedule through his theater network, and it all kicked off with “Inappropriate Status Updates” by David Harlan, a classmate of his back in his days at University of Idaho. The next podcast readings were of “Trixxxie 2.0” by Kirsten Easton-Hazzaa, “Up Chimacum Creek” by Benjamin Gonzales and, most recently, “The State of Mississippi v Davis Knight” in February.

Each podcast reading is prepared, but the three or four rehearsals before a recording aren’t as intense as those for a traditional staged show. Quinn said these practices are about shaping sound and shaping breath, two elements that are often forgotten in a live format.

“Your breath tells a huge story, so now that we have to take away all the visual elements, you do a double take with your breath,” he said. “It is a reading, so people don’t need to memorize it. We look at it as gym time for the actors and the directors. You hit the treadmill and Stairmasters to build your body, your self. That’s exactly what we’re doing with this.”

Between each rehearsal, the actors work on character development on their own so when they come back together, they’re ready to take the reading to the next level.

“The State of Mississippi v Davis Knight” was the most difficult recorded reading so far, Quinn said, because he was trying to get a crisp sound from a cast of more than 20 characters across three time zones on Zoom. Editing is always a challenge, as well, though he’s enjoyed learning the ins and outs of curating audio content, and he has some help from a colleague in Colorado.

Wolverine Theatrics’ next show, Benjamin Gonzales’ brand-new play “Sour Mash,” will be performed May 22 at Lemmon Staggs Homestead in Fort Collins, Colorado. This farce follows Mrs. Bisset (Tracy Warren) as she catches thief Catalina (Sophia Ruiz) in the study of her husband, Dr. Bisset (Brad A. Goodman). She assumes Catalina is the new hired help, Quinn said, but as Dr. Bisset and his associate Dr. Hand (Justen Glover) arrive in the study, Mrs. Bisset is almost caught explaining to Catalina the problems of their marriage, and must hide. In the middle of all of this, Marcos (Jose David Reynoza) arrives to “deliver a prestigious bottle of the libation, and hilarity ensues as Mrs. Bisset attempts to catch Dr. Bisset in the act, while Dr. Bisset attempts to keep the peace.”

Tickets to the show include a four-course meal and wine pairing, and Quinn believes it will be the perfect night out for theater (or just wine) lovers from both Cheyenne and Fort Collins alike who have been cooped up far too much lately.

Although the theater company is technically based in Cheyenne, Quinn considers it an important addition to the general Front Range theater scene, and he plans to continually collaborate with colleagues throughout southern Wyoming and northern Colorado moving forward.

“That is a big goal of mine, to pull between Cheyenne, Fort Collins and Loveland,” he said. “Bringing them together in a way that continues to celebrate young plays. All up and down the Front Range, until you hit Denver, have fantastic theater companies that do wonderful work, but it’s that same game we all play as artists: how do we get new work out there and be recognized? So this is an avenue to grow and expand.”

Niki Kottmann is the Wyoming Tribune Eagle’s features editor. She can be reached at nkottmann@wyoming

Home Videos The WORLD of WINE – Wine News. Cheap wine, tasting notes and cooking with wine The World of Wine – May 2021 … END_OF_DOCUMENT_TOKEN_TO_BE_REPLACED

How to visit Napa Valley on a Budget. In this video Carson and I explain a few ways to enjoy Napa on the cheap. Tip and advice about how to visit Napa … END_OF_DOCUMENT_TOKEN_TO_BE_REPLACED

Home Videos Get To Know Argentina Wine | Wine Folly If you love Malbec, Argentina is your ultimate wine region. But that’s not … END_OF_DOCUMENT_TOKEN_TO_BE_REPLACED