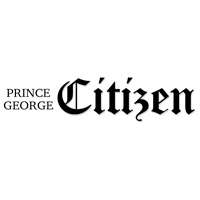 TORONTO — Few things have lifted Rojhan Paydar’s spirits during the COVID-19 pandemic quite like a Netflix watch party.

Isolated inside her home, the Toronto resident is too often short on social opportunities and long on streaming options. So like many people, she’s recreated the experience of watching Netflix with friends through an unofficial web browser application called Teleparty, formerly known as Netflix Party.

It’s been an opportunity for Paydar to gather with pals on a virtual couch while they gasp over the twists of true crime series, “Unsolved Mysteries.” Even more often, she’s used the app with her boyfriend for date nights watching the dysfunction unfold on “Tiger King” and other bingeable series.

“Sometimes we’d eat dinner and set up our webcams to see each other,” she said.

“Knowing he was there and we were doing something in real-time — it felt really good and made me less lonely.”

Not long ago, viewing party technology was a tool reserved for unique situations: a long-distance couple or fans of a niche TV series searching for like-minded people.

But a year into the pandemic, weekly rituals have evolved, and online watch parties have proven many of us are desperate for some semblance of connection.

As the winter months stretch on, and strict stay-at-home orders grip large parts of the country, observers say the watch party, and apps that help make it happen, are due for a second wave of popularity.

“I think we may have seen a cultural shift,” suggested Daniel Keyes, associate professor of cultural studies at the University of British Columbia.

“The pandemic and the fact we had to self-isolate totally accelerated it. It made it more mainstream.”

For younger generations raised on YouTube and Twitch, watch parties are already part of the zeitgeist. Everyone else, including streaming giants themselves, seem to be playing cultural catchup.

Last year, as the pandemic wore on, Amazon Prime Video introduced group chat elements into the laptop version of its platform. Disney Plus took a more restrained approach with a feature that allows up to seven people to sync their screens, but only communicate through emojis.

Other streamers, such as Netflix and Crave, have so far chosen not to launch social elements on their platforms. That move could be strategic as the companies observe a sea change in how some viewers consume television, suggested Carmi Levy, director at technology advisory firm Info-Tech Research Group.

“It’s almost as if the snow globe has been shaken and companies like Netflix are waiting for everything to settle down before they decide where to place their bets,” he said.

“Social TV is a thing and it isn’t going anywhere. It’s very much like remote work: considered the exception before the pandemic, but now the rule.”

Levy said the entertainment industry couldn’t have predicted how quickly the change took hold with casual viewers. For years, upstart tech companies launched second-screen watch party innovations, and most of them failed miserably.

That’s left the door open for the latest generation of alternatives to capitalize on filling the void, among them TwoStream, a paid monthly watch party option, and Syncplay, which is free.

One of the most ambitious newcomers is Scener, a venture-funded operation out of Seattle that currently supports the likes of Netflix, Disney Plus, Vimeo and horror platform Shudder.

In a few clicks, viewers can react to a show through their webcam or type out thoughts on their keyboard.

Co-founder Joe Braidwood said replicating the in-person experience, in particular, “the laughter, the screams and the horror,” was a goal of his company long before the pandemic. But it wasn’t always easy getting others to see the value.

“Two years ago I would talk to investors about social TV and they would laugh at me,” he recalled over a Zoom chat.

“They told me, ‘People don’t want social experiences when they’re watching television.’ But all you need to do is look on Twitter.”

Even before the pandemic, he said, people were engaging over social media platforms about their favourite shows. Now, since everyone’s holed up in their homes, Scener’s growth has been exponential.

Cumulative weekly minutes of programming watched grew nearly 42,000 per cent from March 2020 to January 2021 (57,785 minutes versus 24.2 million minutes), according to data provided by the company.

“People who haven’t hung out with their best friend while watching ‘The Flight Attendant’ or shared a family Christmas while watching an old classic movie on Scener, they just don’t know what this feels like,” he added.

“There’s this real texture to it… it’s warm engagement with people that you care about.”

Hoovie, a Vancouver-based virtual watch party service, aims to bridge the gap between art house cinema outings and the comfort of a living room chat.

Hosts can dive into the company’s independent film catalogue and book ticketed showings for small groups, typically in the range of 10 to 20 people. After the movie, they’re encouraged to engage in a webcam conversation on the platform that’s inspired by the film’s themes.

Co-founder Fiona Rayher describes Hoovie as a platform meant to evoke those experiences outside the cinema where groups of people – sometimes strangers – would passionately discuss what they’d just watched and maybe head to a nearby restaurant for drinks.

“You’d meet new people and you’d stay connected,” she said. “It was all serendipitous.”

Hoovie plans to debut a “book club for movies” early this year that’ll build on connecting movie fans. Every month, subscribers will gather for online screenings that include a post-film conversation with members, filmmakers and critics. Each film will be rounded out with a wine pairing sent by mail.

Selling nostalgia for the pre-pandemic days may sound appealing in lockdown, but the question remains on how attractive watch parties will be once a COVID-19 vaccine is widely available.

It’s a question Paydar said she thinks about often as she logs onto a watch party for another episode of “Unsolved Mysteries.”

“Whenever someone asks, ‘If COVID ended right now, where would you go?’ the first thing I say is, ‘I’d like to go to a movie theatre,'” she said.

“There’s something about being in a physical theatre and going with a group of friends…Those end-of-the-night goodbyes, getting late-night eats with my friends.. (we’re) creating memories I get to hold on to forever,” she said.

“I don’t think that can be replaced.”

This report by The Canadian Press was first published Jan. 19, 2021.

Home Videos The WORLD of WINE – Wine News. Cheap wine, tasting notes and cooking with wine The World of Wine – May 2021 … END_OF_DOCUMENT_TOKEN_TO_BE_REPLACED

How to visit Napa Valley on a Budget. In this video Carson and I explain a few ways to enjoy Napa on the cheap. Tip and advice about how to visit Napa … END_OF_DOCUMENT_TOKEN_TO_BE_REPLACED

Home Videos Get To Know Argentina Wine | Wine Folly If you love Malbec, Argentina is your ultimate wine region. But that’s not … END_OF_DOCUMENT_TOKEN_TO_BE_REPLACED