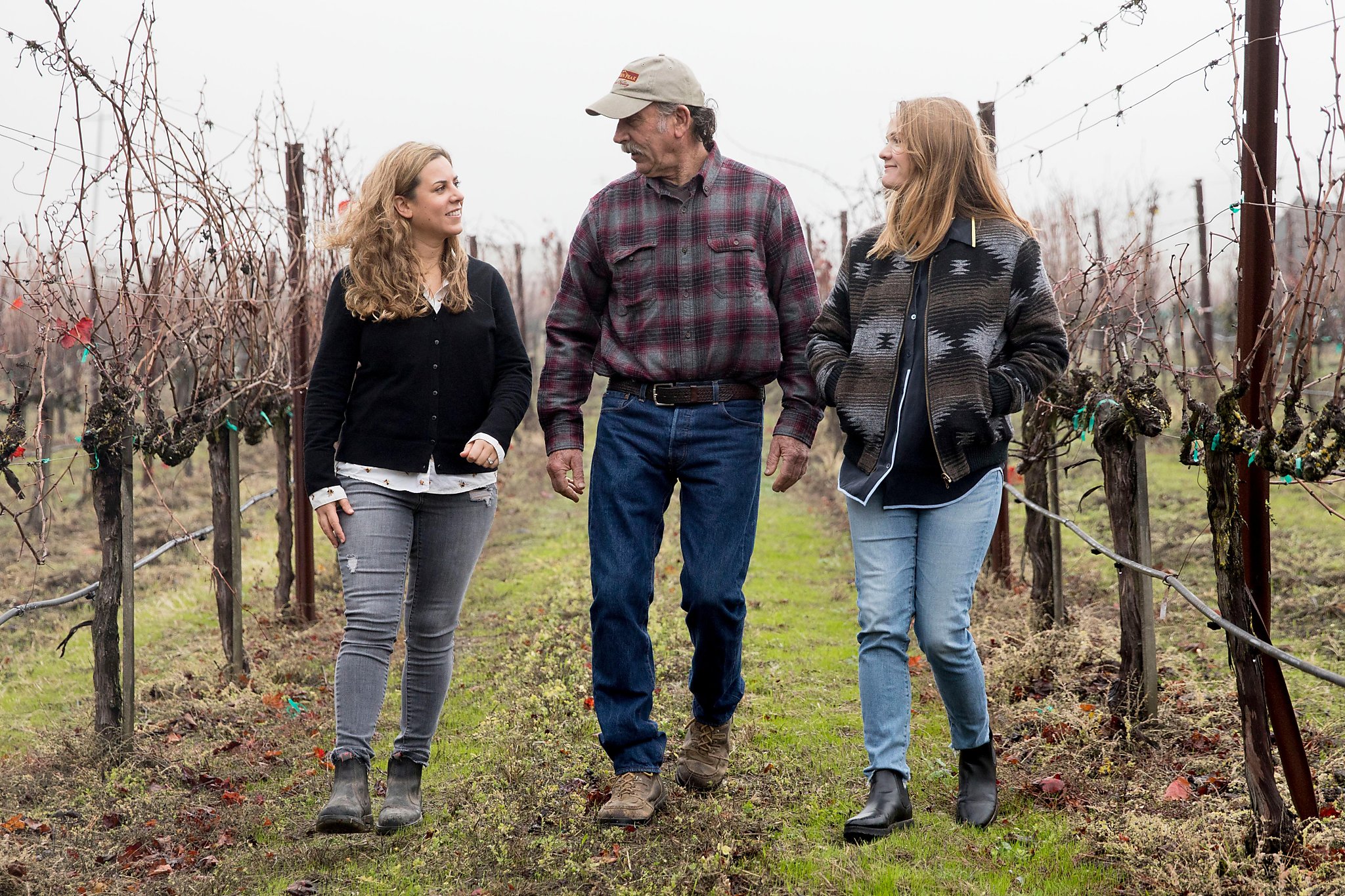 Napa Valley’s smallest winegrowers may soon be able to host tastings at their vineyards — which they say is a vital lifeline for keeping the region’s family farms viable, and a boon for those who don’t want to see Napa’s landscape overtaken by larger corporate interests. It’s a battle that one group of farmers has been fighting for more than three years.

The county’s Board of Supervisors decided last week to explore the issue, and they plan to have an ordinance ready by August to create a new “micro-winery” classification for these smaller operations.

“This is the Board of Supervisors meeting that we’ve been waiting for for years,” said Elise Nerlove Rutchick, co-owner of Elkhorn Peak Cellars and a spokesperson for Save the Family Farms, a group of small-scale winegrowers who have argued that Napa County’s current regulations make it nearly impossible for their businesses to survive.

Under Napa County’s current rules, a wine producer can’t host visitors unless it has built a physical wine processing facility. But due to extensive permitting and high construction costs, building such a facility in Napa is typically a $5 million endeavor at minimum, according to estimates from the county’s planning department — a prohibitive cost for many of Save the Family Farms’ members.

Those members say that hosting visitors at their vineyards is an essential component of running a wine business these days, since selling wine directly to consumers is far more profitable than selling it through restaurants and stores, where distributors take as much as half of the profit margin.

Under the micro-winery ordinance, a winegrower would be able to convert some piece of a property such as a garage into a makeshift winery or storage facility that doesn’t need to meet the standards of a full-fledged winery; it would cost well under $5 million. As long as the producer performs some part of the winemaking process on-site, it could count as a micro-winery.

The most common criticism of the ordinance is that it enables some people to sidestep the rules and, by allowing more tasting rooms, creates more traffic and tourism congestion. Save the Family Farms counters that without giving multigenerational winegrowers a viable path to selling their wine directly to customers, many of their properties will ultimately be purchased by larger corporations who will develop tasting rooms anyway — but without the homegrown, family-centric appeal.

“It puts a lot of these multigenerational farms in hands that the creators of (Napa’s current rules) would not have intended,” said Lindsay Hoopes, a member of Save the Family Farms’ executive committee and the owner of Hoopes Vineyard, of the prospective ordinance.

Although it’s not yet clear what the supervisors’ final ordinance will look like, Save the Family Farms has proposed that micro-wineries be allowed on parcels of at least 10 acres, with an annual production not exceeding 5,000 gallons, with no marketing events and very limited visitor capacities. They argue that these would not be major development projects.

Established wine-industry groups have opposed the micro-winery idea in the past because its original version would have conflicted with a 1990 county law saying that wineries must be built on parcels of 10 acres or more. But on Feb. 11, after Save the Family Farms revised their proposal to add a 10-acre minimum, the Napa Valley Vintners, the powerful organization that represents the county’s wineries, said that they had reversed their original position and would now support a micro-winery ordinance. Rutchick suspected that their support was what persuaded the Board of Supervisors to finally engage with the issue.

“I like the idea of being able to bring more value to our agricultural land and especially for our small ag producers,” Supervisor Brad Wagenknecht said during the March 2 meeting. “I don’t want you to have to be a millionaire to be part of ag in Napa.”

Home Videos The WORLD of WINE – Wine News. Cheap wine, tasting notes and cooking with wine The World of Wine – May 2021 … END_OF_DOCUMENT_TOKEN_TO_BE_REPLACED

How to visit Napa Valley on a Budget. In this video Carson and I explain a few ways to enjoy Napa on the cheap. Tip and advice about how to visit Napa … END_OF_DOCUMENT_TOKEN_TO_BE_REPLACED

Home Videos Get To Know Argentina Wine | Wine Folly If you love Malbec, Argentina is your ultimate wine region. But that’s not … END_OF_DOCUMENT_TOKEN_TO_BE_REPLACED