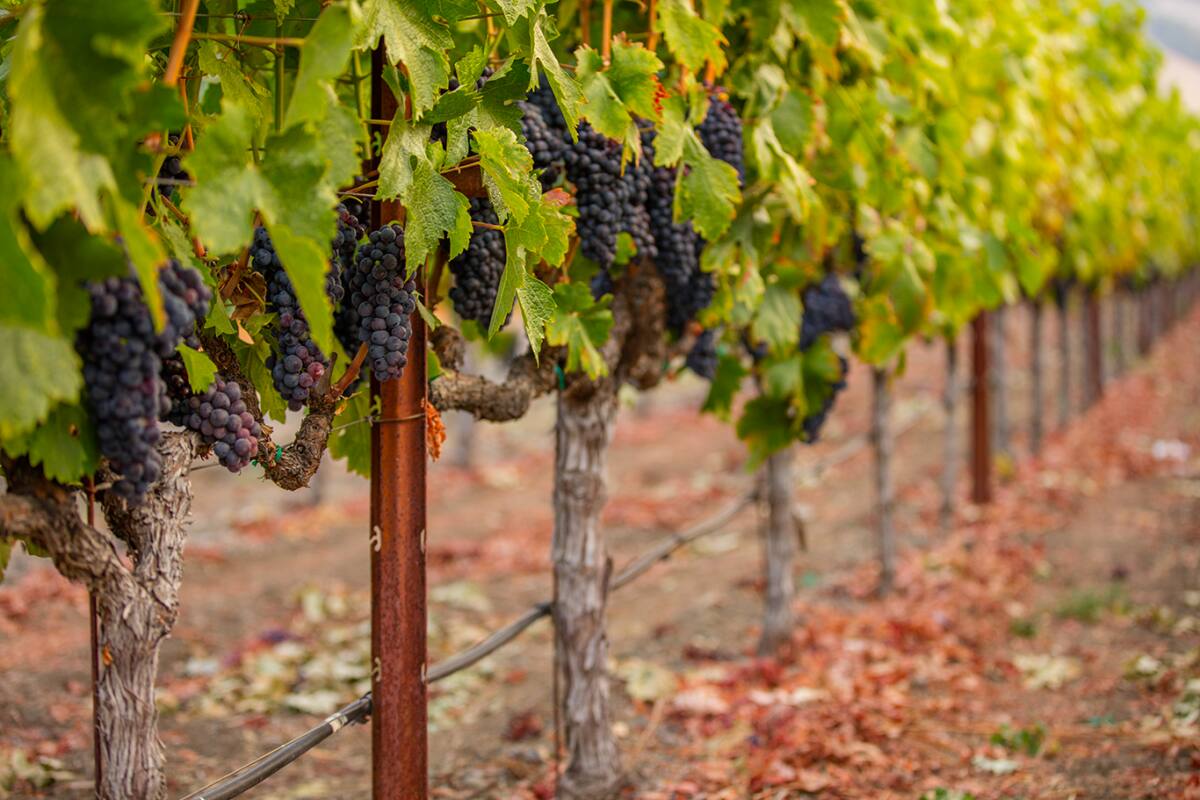 After the second straight year of little winter rainfall in the North Coast and declarations of drought, Richie Allen of Napa Valley’s Rombauer Vineyards is reaching back into the strategy toolbag he used to get the vineyards and winery for the ultrapremium- to-luxury-tier brand through the tough drought years of 2014–2015.

“The apex of the last drought was 2014, and for growing degree-days in Napa Oakville, 2020 was tracking along with 2014,” said the vice president of viticulture and winemaking.

A weather station there tracked 3,358 growing degree-days last year, compared with 3,216 in 2014. The graph of the degree-days throughout those seasons tracked almost identically along a 45-degree slope.

Degree-days are an agricultural metric to track how much heat crops are getting over a season. Too many days with temperatures above a certain threshold can bode well or ill for crop vigor, yields and water usage.

Strategies to conserve water depend on the vineyard site, Allen said. The winery owns about 700 acres of vines in Napa Valley, Sonoma Carneros and Sierra Foothills. Some sites have cover crops, one of whose roles is to take up excess soil moisture so the vines don’t get too much that it hurts the resulting fruit quality.

Those crops are disced into the soil early in the season, but because of Napa County erosion-control requirements for some steeper slopes have to be reseeded in the fall. Some sites have access to Sonoma Valley or Napa sanitation district tertiary-treated wastewater (purple pipe), and some vineyards can be watered earlier in the season to top off soil moisture.

There also have been more investments in soil and plant moisture sensors, but when the soil moisture gets too low, some vineyard soil cores need to be pulled up to manually check the low readings on the sensors, Allen said.

Rombauer has three wineries. The midvalley and Sierra Foothills facilities are on wells, and the south Napa winery is on strictly limited municipal water, to 4 gallons of water per each gallon of wine produced. Industry averages are 6 to 14 gallons of process water used for cleaning tanks and barrels, flushing pipes and sanitizing bottling lines for each gallon of wine produced.

The south Napa winery, employing high-temperature tank and barrel washing plus other measures got water usage down to 1.8 gallons per gallon of wine in 2019 and secured Napa County government approval to increase wine production accordingly.

One tactic that Rombauer has used to lower water usage has taken a page from the petroleum industry, using an inert gas and a plug to push excess with through hundreds of feet of winery pipes, instead of using hundreds of gallons of water each time.

A project in the works over the next three to five years is to recycle process wastewater to be able to use it for cleaning tanks, floors and potentially the bottling line, according to Eric Fritz, Rombauer engineering and environmental compliance manager. Currently, equipment is in place to recycle 70%, but eking out another 5% is tough because of the salts that result from the process.

The U.S. Environmental Protection Agency 2020 phase-out of production and import of new hydrochloroflurocarbon, or HCFC, refrigerants, namely the widely used RF-22, is changing some approaches to chilling in the food and beverage business.

Wineries use alternative coolants such as ammonia, but such systems often require water. Rombauer’s south Napa Valley and Sierra Foothills wineries use RF-22 refrigeration because of water demands, while the St. Helena winery uses an ammonia system. So the vintner is looking into replacing the RF-22 systems with tech that doesn’t require water, with possibilities being air-cooled ammonia or carbon dioxide systems.

Home Videos The WORLD of WINE – Wine News. Cheap wine, tasting notes and cooking with wine The World of Wine – May 2021 … END_OF_DOCUMENT_TOKEN_TO_BE_REPLACED

How to visit Napa Valley on a Budget. In this video Carson and I explain a few ways to enjoy Napa on the cheap. Tip and advice about how to visit Napa … END_OF_DOCUMENT_TOKEN_TO_BE_REPLACED

Home Videos Get To Know Argentina Wine | Wine Folly If you love Malbec, Argentina is your ultimate wine region. But that’s not … END_OF_DOCUMENT_TOKEN_TO_BE_REPLACED