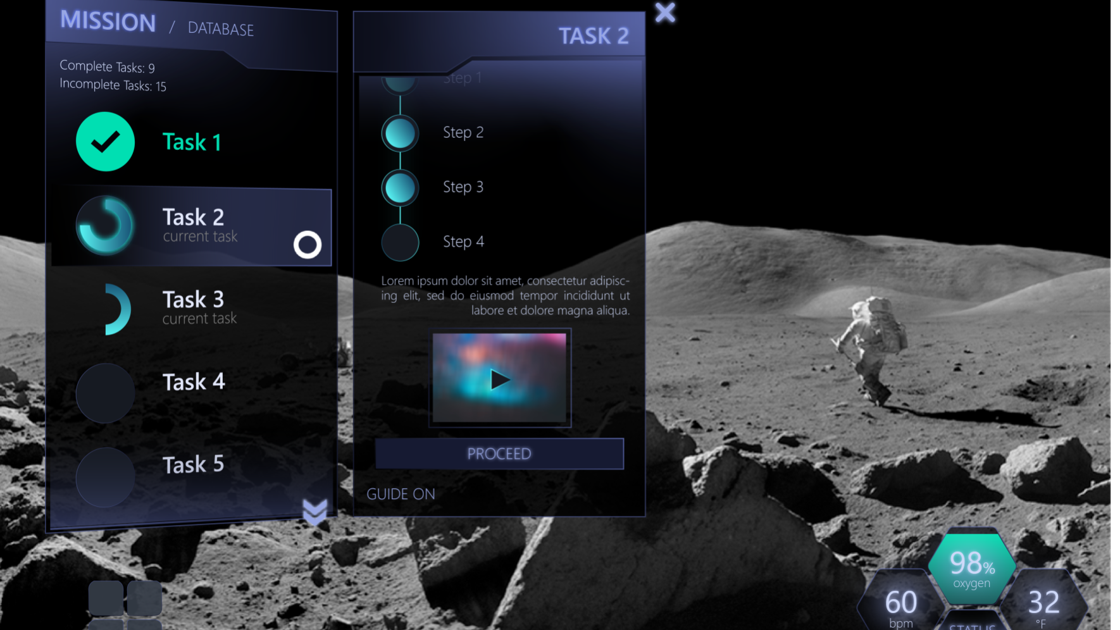 Napa Valley College students take up a challenge from NASA 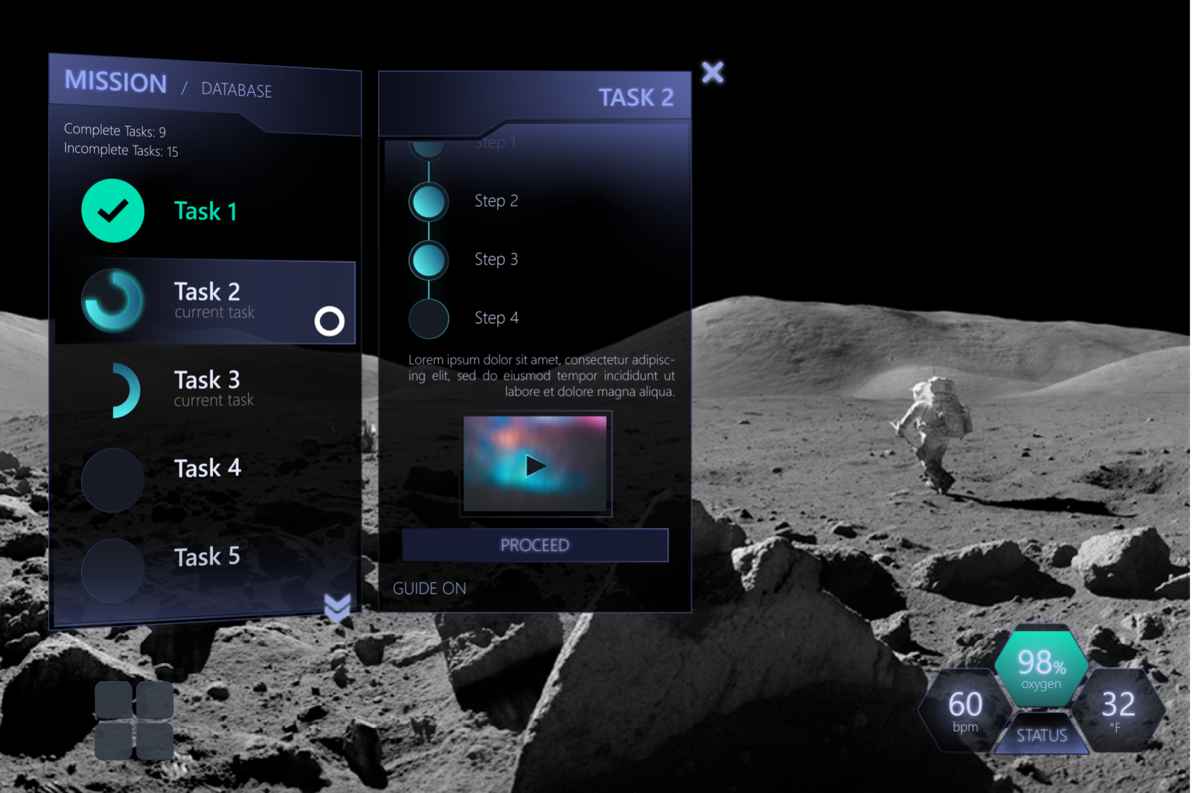 This is an example of the augmented reality interface that Team Invictus at Napa Valley College is working on for the NASA Spacesuit User Interface Technologies for Students. 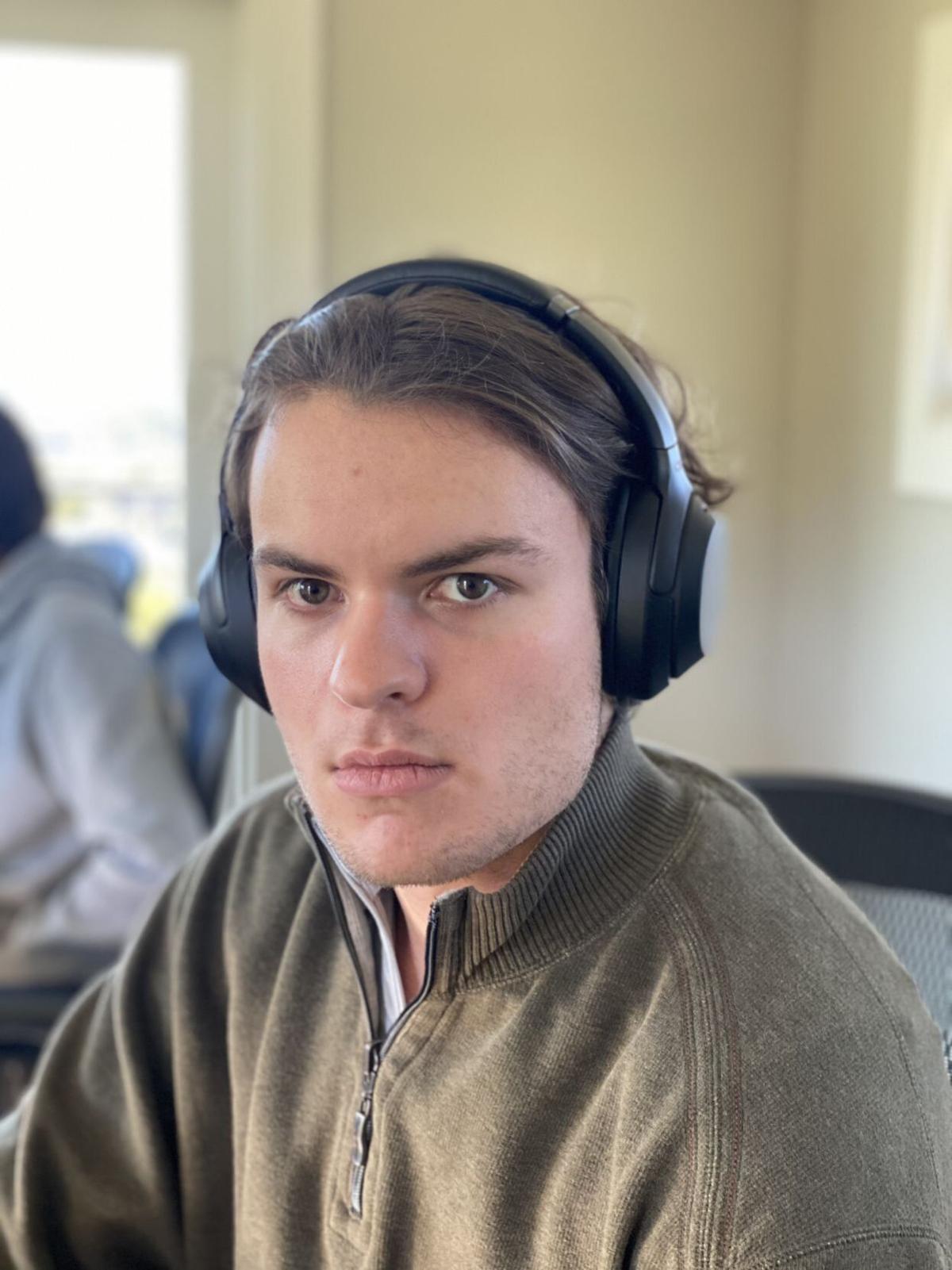 Everett Caldwell is the leader of Team Invictus at Napa Valley College. 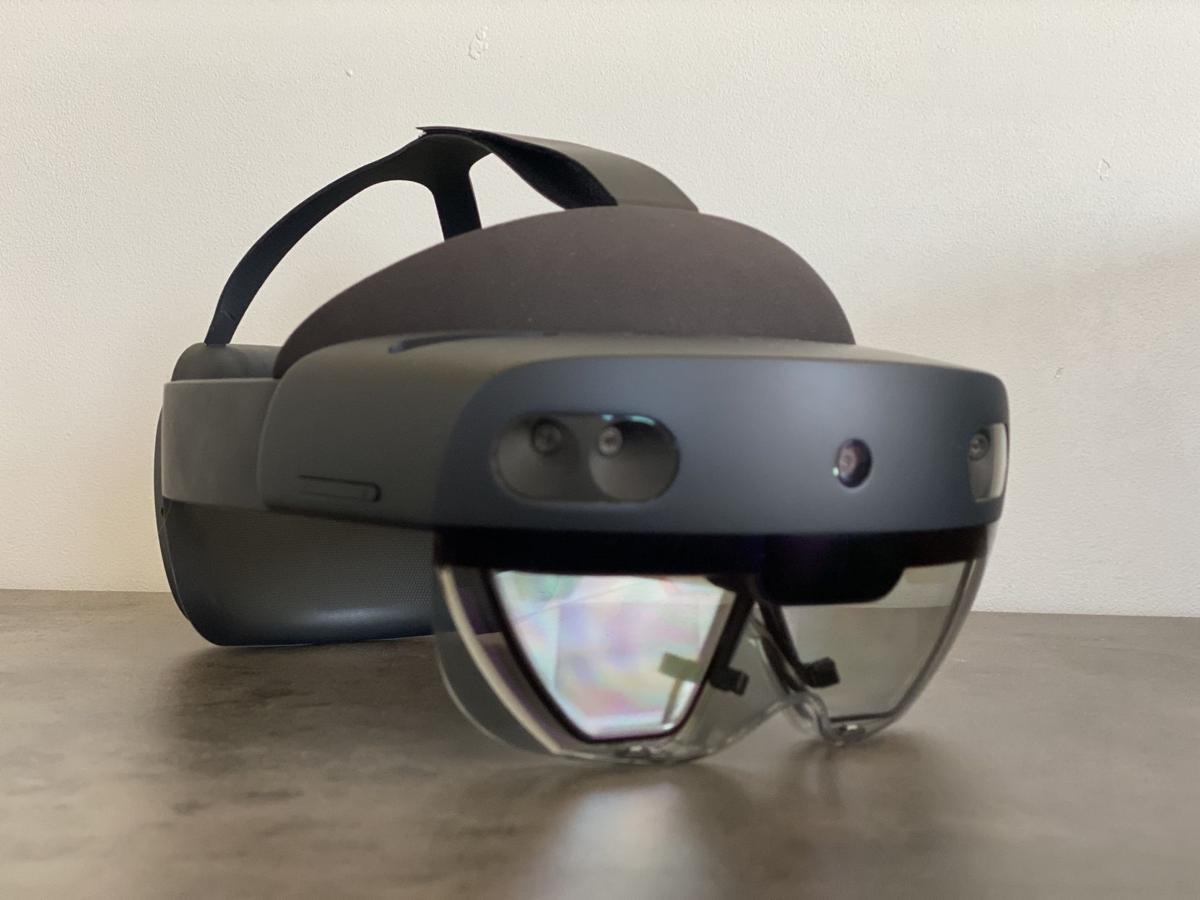 The NVC student software designers have the use of this HoloLens 2, an augmented reality headset from Microsoft.

A team of ambitious student software designers at Napa Valley College has entered NASA’s Spacesuit User Interface Technologies for Students (SUITS) challenge where they will design an augmented reality user interface for the spacesuits used in the next mission to the moon.

Team Invictus is composed of 10 students. It is led by NVC student Everett Caldwell, a 17-year-old Napa native.

NVC is one of 19 colleges around the country that have been accepted by NASA to participate. NVC is one of only two community colleges participating; all the other schools are four-year universities, including Columbia University in New York and Johns Hopkins in Baltimore.

The project gives the students access to a HololenLens 2, a $3,500 augmented reality headset developed and sold by Microsoft Because of its cost, the Hololens is often only used in business applications, but the SUITS program made it available to the students for this program.

Participation in SUITS provides a real-world experience for the students because it simulates the process of developing software applications. The students are not just writing code, they are also managing a project with real objectives and deadlines.

Each team member has specific responsibilities and corollary expertise: Diego Velazquez and Jorge Alejandre are working on speech functionality; Afnan Kahwaja and Bianca Sanchez-Alfaro are in charge of the lower-level networking implementation and network engineering; Arianne Omila is the lead user interface designer; Anthony Berghout and Matthew Eggers are in charge of the lunar science sampling procedure; Caldwell and Tyler Kirby are working on the mapping and lighting system, and Sierra Rieken is taking care of public relations.

Microsoft delivers the Hololens with a library of code the team can draw upon. But this code is only a foundation for its lower-level functions. Part of the challenge is for the team to write their own unique code for the spacesuit application. For example, at one point the team realized that they needed code that would facilitate a connection between the Hololens and the lunar base. The Microsoft library had nothing to help them do that, so they had to write it from scratch.

The team has set two design principles that are guiding their approach. First is the fact that the astronauts have limited energy. The design must not require unnecessary movements. The second consideration is the astronauts’ attention. The user interface must allow the astronauts to do the things they need to do, without unnecessary visual distractions. The key is to anticipate as much of the astronauts’ activities as possible, then design the interface so that they can do those things with the least amount of work.

It is augmented reality, and not virtual reality because the lenses in the headset through which the wearer looks superimpose an image onto whatever is in the immediate physical environment. Virtual reality headsets cut the wearer off from the environment, creating a world new and separate from the one we inhabit day-to-day.

In this way, the development of augmented reality is more challenging than the virtual kind because it requires that the headset identify the things on which it projects an image. Its success, therefore, depends on its ability to accurately detect those real-life objects. Whereas, with self-contained virtual reality, designers can start from scratch and not worry about the idiosyncrasies and imperfections inherent in those objects.

Caldwell and his team work in a converted water tower on his parents’ property. The tower has been fully renovated with electricity and wifi and has the feel of an upscale dining room with cream-colored walls, crown molding, recessed lighting and, through a pair of west-facing glass doors, a balcony with a stunning view overlooking a vineyard.

Were it not for the conference table crowded with computers, monitors and cords, one could confuse the place with an elegant wine tasting salon. When I visited with five of Caldwell’s teammates who were focused intently on a video call with an aerospace engineer, from whom they were soliciting feedback on their design, I felt like I was in the first days of a Silicon Valley startup.

Caldwell introduced me to the Hololens headset, a sturdy jet black plastic crown with clear rimless goggles suspended in the front. When I put it on, I felt like a pilot in a fighter jet. Caldwell turned it on and told me to hold my hands up in front of the lenses and walk around the room so that the cameras in the helmet could calibrate.

And this is the second challenge of augmented reality. Not only do the cameras have to accurately recognize objects, they also have to detect the three-dimensional location of those objects in space so that the gestures of the wearer can tell the helmet what to do.

When this was done, Caldwell told me to look at my left inner wrist through the goggles. There, in blue, I saw a projection of the Microsoft Windows home button. Caldwell told me to press the button, and when I did with a finger on my other hand, a menu popped up in front of me. I could, for example, check my email, look at some pictures, or surf the web, the menus suspended like a ghostly apparition in thin air.

Caldwell then did something on his computer and I began to hear voices. Apparently, there was a breach in the hull of the space station. Some kind of three-winged talking machine, with a big red eye, appeared before me and told me that we were being invaded by vicious aliens. I needed to fight them off. The machine flew away and I looked at the adjacent wall and saw a glowing metal portal, over which these mechanical scorpions would intermittently scamper.

Caldwell told me, when I saw a scorpion tap my thumb and forefinger together while gesturing toward the wall. I did this, and a red phaser shot from my fingertips, killing the scorpion, but also blowing a hole in the wall.

Drunk with the novelty of this new-found power, I began to walk around the conference table, shooting the scorpions with my fingertips, progressively destroying the entire wall, exclaiming “cool!” and giggling while the team did their best to ignore me. Were someone unfamiliar with the Hololens to see me stumbling around, pinching the air and reacting to things that were literally not there, they might assume I was delusional and suggest I seek psychiatric help.

The novelty did, however, wear off. The wall now destroyed, it wasn’t really clear where else there was to go. As with any technology in its infancy, it’s only as good as the imagination and forethought of its programmer. This is why Team Invictus is working so hard. They’re having to strategize for every possible variable encountered on the moon, a place they have never been.

Their design is decidedly less exciting than the space station experience; they don’t anticipate any mechanical scorpions on the moon. Rather, the interface needs to facilitate more pragmatic functions like mapping, sample taking and communications. But, through the SUITS program, this group of young people has the chance to influence the work of an organization like NASA. And the gravity of that, for them, is out of this world.

Learn more about their project at www.youtube.com/watch?v=LAYyA9oKzZA.

When Bobby Solis opened Pancha’s in 1982, the bar was one of many. It outlived its competition, survived fires, floods and earthquakes. Now it…

A community of homeless Napans are living in RVs and other vehicles in a parking lot in North Napa. What’s going on?

In true millennial style Napa Valley resident Sarita Lopez writes books, has her own cactus water company and is part of the leadership of Nap…

One of American Canyon’s niches in Napa County’s wine world is providing room for refrigerated wine warehouses, with another on the way.

Set to open officially at the end of March, the restaurant is now serving hotel guests and others who drop in during a soft opening phase for …

Home Videos The WORLD of WINE – Wine News. Cheap wine, tasting notes and cooking with wine The World of Wine – May 2021 … END_OF_DOCUMENT_TOKEN_TO_BE_REPLACED

How to visit Napa Valley on a Budget. In this video Carson and I explain a few ways to enjoy Napa on the cheap. Tip and advice about how to visit Napa … END_OF_DOCUMENT_TOKEN_TO_BE_REPLACED

Home Videos Get To Know Argentina Wine | Wine Folly If you love Malbec, Argentina is your ultimate wine region. But that’s not … END_OF_DOCUMENT_TOKEN_TO_BE_REPLACED