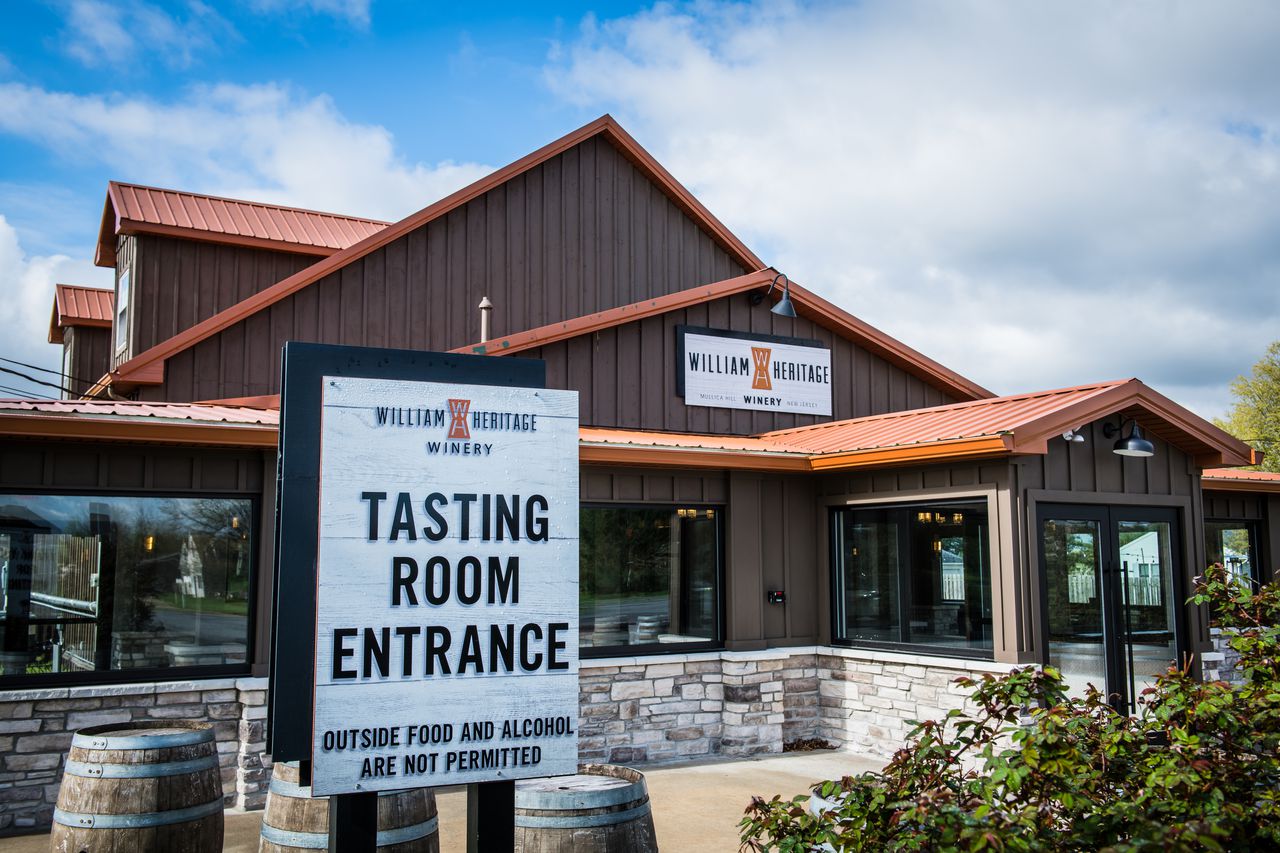 A South Jersey winery is continuing an impressive growth spurt despite a year in the shadow of a pandemic.

An $80,000 renovation was just completed at a tasting room on the 200-acre William Heritage Winery vineyard in the Mullica Hill section of Harrison Township. A 1,900-square-foot patio area was enclosed and added to existing space to form a 3,000-square-foot tasting room where patrons can sample, purchase and drink bottles of wine.

Meanwhile, 21 miles north in Haddonfield, a town with Colonial-era pedigree, the Haddonfield Tasting Room of the winery is set to double its size to 1,800 square feet in July by knocking down walls and expanding into a vacant storefront.

The boom was fueled by a loyal customer base which continued to buy vino from the local craft winemakers with curbside pickups until they could turn up glasses indoors again for a night on the town.

Haddonfield’s grand opening was corked just as the state shuttered most indoor businesses in March 2020 in an effort to quell the rapidly spreading coronavirus. The Haddonfield Tasting Room opened six months later for limited-capacity seating and still requires reservations for visits.

Richard Heritage, whose parents Bill and Penni converted their family farm to a vineyard in 1998, leads marketing for the winery. Richard, 35, graduated from Rutgers business school in 2009 after an internship in Napa Valley, California, the third most productive wine region in the world behind France and Italy. His mission was to replant the knowhow and savvy marketing he learned in Napa Valley to his farm in New Jersey.

William Heritage recently landed top ratings in the 90s from The Wine Advocate and Wine Enthusiast magazines for several of its wines including Pet-Nat sparkling rose and BDX French red blend and other champagne-like sparkling wines.

“We’ve pushed for a more premium brand of wine,” Heritage said during a telephone interview this week. “We’ve really focused on upping our quality of wines, upping the experience and really taking the gamble and throwing out there $35 to $50 bottles of wine,” Heritage said. “It is quite labor intensive to make bottles of wine of that character and we’re happy people are accepting these higher-end varieties.”

Former Haddonfield Mayor Neal Rochford said the wine tasting room and a brewery are good fits for his town, even though there hasn’t been a liquor license issued there in 148 years.

Heritage moved into the former Kings Road Brewery which moved down the street when it expanded last year. They are both allowed to operate under the same quirk in state law that allows for craft breweries and winemaker tasting rooms in towns with no liquor licenses.

“A lot of people might get confused about if this is a dry town or not,” Heritage said with a chuckle. “Some may call it damp now.”

The Haddonfield Tasting Room on Kings Highway, the main street in this leafy, walkable town, is open seven days a week. The only food available is a premade cheese plate featuring local brands. Heritage describes it as “lunchables for adults.” Patrons are allowed to bring food in with them.

The tasting room is not allowed to serve wine by the glass but can offer samples. Customers can buy a full bottle of wine and drink it there. They can then get it re-corked to take with them.

The Mullica Hill tasting room does offer a light-bites menu, and per-glass and bottle sales are allowed because it is on the vineyard property, Heritage said. Gourmet food trucks are also featured in the lot outside from May through October and live music may also be part of the mix. There is also outdoor seating. 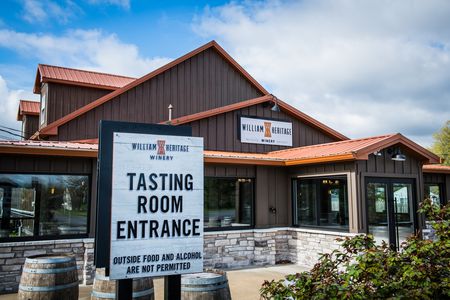 The William Heritage Winery recently completed an $80,000 renovation of its tasting room in the Mullica Hill section of Harrison.

“Due to the success of these higher-end wines, we were able to completely renovate the guest experience in Haddonfield and Mullica Hill,” Heritage said. “When people walk into our tasting rooms now, their expectations will be complete exceed and they’ll think they just stepped into wine country without flying 3,000 miles across the country.”

Then Heritage paused and reflected on the fact his Mullica Hill tasting room looks out on the busy Route 322 highway and the vineyard behind the tasting room can only be seen by a portion of the seating. But he still took it all in stride.

“In a weird way, 322 and the traffic and all of that, that’s us, that’s New Jersey,” he said. “We can drink high-end wine and still have highways and stuff. That’s what makes us unique. That’s how we roll.”

Please subscribe now and support the local journalism you rely on and trust.

Bill Duhart may be reached at bduhart@njadvancemedia.com.

Home Videos The WORLD of WINE – Wine News. Cheap wine, tasting notes and cooking with wine The World of Wine – May 2021 … END_OF_DOCUMENT_TOKEN_TO_BE_REPLACED

How to visit Napa Valley on a Budget. In this video Carson and I explain a few ways to enjoy Napa on the cheap. Tip and advice about how to visit Napa … END_OF_DOCUMENT_TOKEN_TO_BE_REPLACED

Home Videos Get To Know Argentina Wine | Wine Folly If you love Malbec, Argentina is your ultimate wine region. But that’s not … END_OF_DOCUMENT_TOKEN_TO_BE_REPLACED