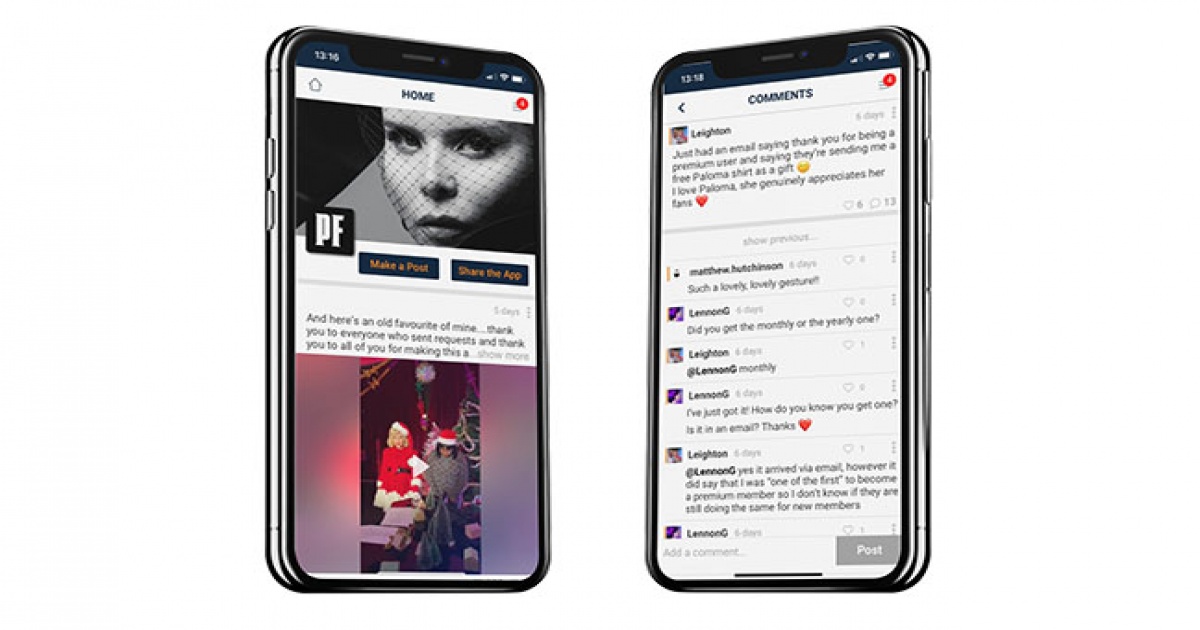 Fan engagement platform FanCircles has secured partnerships with a host of acts, including Paloma Faith, The Levellers and Ed Harcourt.

The company has provided musicians, YouTubers, TV shows and other celebrities with a new, sustainable income stream during the pandemic via their own private social network, and has signed up more than 40 acts to date.

FanCircles founder and CEO Kevin Brown said the platform, which has attracted in excess of 500,000 users, marked the latest evolution of the classic fan club model.

“FanCircles provides a platform for a wide range of artists and personalities in music and beyond, which essentially gives them their own direct to fan channel away from social media and the major streaming services,” said Brown. “That’s not to say we’re on some crazy mission to bring these companies down – quite the opposite – we want artists to have somewhere for all those roads to lead to rather than taking fans around in circles.”

For a monthly or annual subscription fee, fans can unlock benefits such as VIP content and competitions, early access to tickets and premium giveaways. Exclusive merchandise and products have sold out with no promotional costs incurred, with other popular features including band chats, song masterclasses, cooking, wine tasting and film reviews.

The firm worked with IE:Music on Robbie Williams‘ “fans only” London Roundhouse gig in 2019, while a number of referrals have come from artists themselves.

Brown, founder and former CEO of tech giant Awin.com, the UK and Europe’s biggest affiliate network, which was acquired by Axel Springer in 2012, explained: “We’re all creatives ourselves and wanted to make it easy for artists to control their own content without getting bogged down in tech and the analytics that go with it – more time to create and share.

“We are the missing link in the ecosystem. FanCircles bridges the gap between social media, streaming and retail – a perfect solution for artists at any stage of their career with support from a team of music obsessives who have complete understanding of the evolving music and tech marriage.”

Through FanCircles, which was known as GigRev before rebranding last year, The Levellers have already amassed more than five times’ the amount of members of their existing fan club.

Jon Sevink, The Levellers’ fiddle player, said: “The app is the most creative and immediate way we have of communicating with fans. We think of it as an interactive online magazine where we can express our creativity using music, artwork and videos. Combine that with live video, a fans-only ‘wall’ and ticket and merchandise links and there really is something for everybody.

“It has become a vital communication tool for us while there are no live concerts and once we’re back out on the road again it will be invaluable for passing on information and a place where fans of the band can come together.”

For more stories like this, and to keep up to date with all our market leading news, features and analysis, sign up to receive our daily Morning Briefing newsletter

Home Videos The WORLD of WINE – Wine News. Cheap wine, tasting notes and cooking with wine The World of Wine – May 2021 … END_OF_DOCUMENT_TOKEN_TO_BE_REPLACED

How to visit Napa Valley on a Budget. In this video Carson and I explain a few ways to enjoy Napa on the cheap. Tip and advice about how to visit Napa … END_OF_DOCUMENT_TOKEN_TO_BE_REPLACED

Home Videos Get To Know Argentina Wine | Wine Folly If you love Malbec, Argentina is your ultimate wine region. But that’s not … END_OF_DOCUMENT_TOKEN_TO_BE_REPLACED