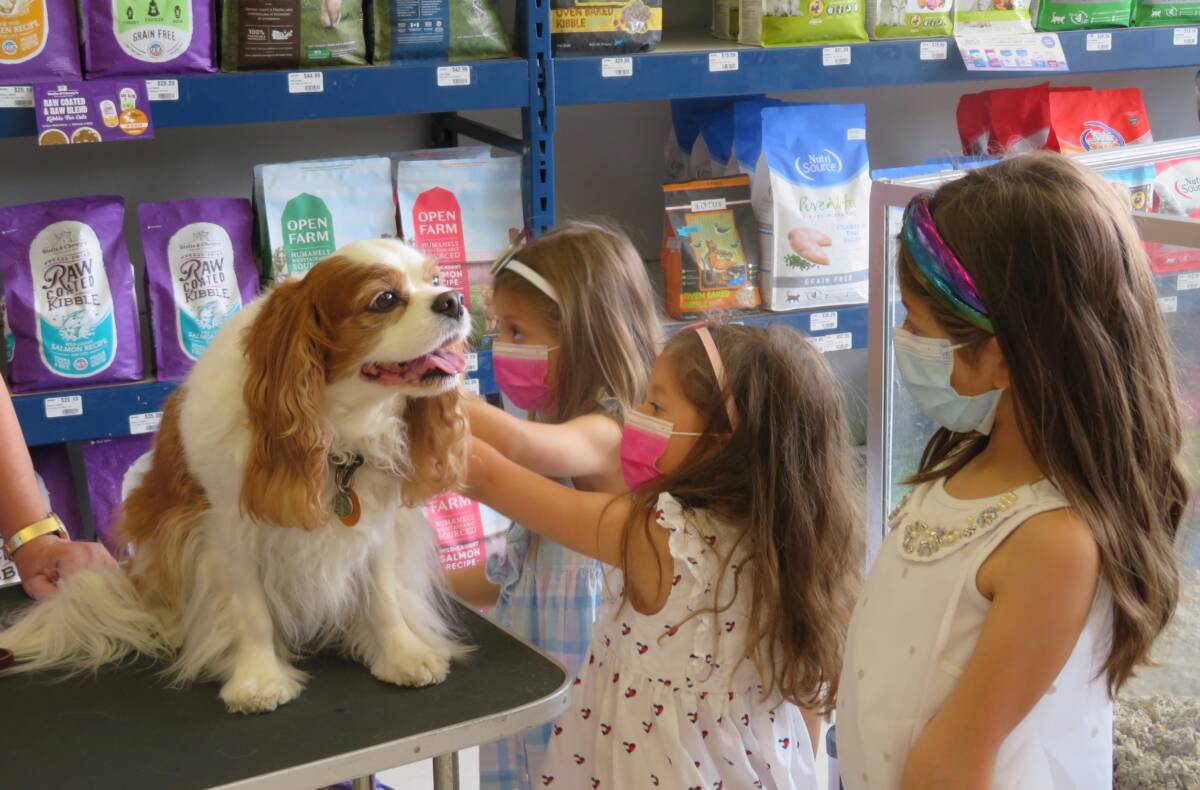 Eric and David Sippin, whose family owns Century Plaza, were on hand to congratulate the owners and staff members of Choice Pet and Warehouse Wine & Liquors.

Your CBD Store had a table set up in the parking lot outside with snacks and a Whirl of Fun, a wheel guests could spin to win SunMed products and other prizes. Inside the store at 574 Monroe Turnpike, manager Joanne Fox and Steven Nardiello, an education coordinator for Sunflora, gave presentations on products and answered questions.

Bailey Stewart, whose family owns the property, watched all of the activity. 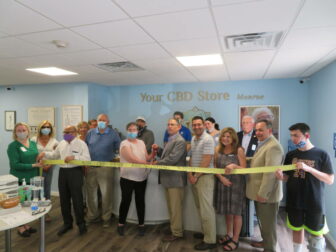 A ribbon cutting ceremony gets underway at Your CBD Store, 574 Monroe Turnpike, Saturday.

“It’s been a real treat to be in Monroe and I think this is going to be an interesting thing in Monroe,” Stewart said of Your CBD Store Monroe. “People are starting to realize how beneficial CBD can be and it’s a nice adjunct to our building with 574 Wines.”

Stewart’s son, Jed, is helping Fox with store operations and Jon Bertek is a sales associate for the business.

“This is great,” Beverly Marshall, of Fairfield, said of the store. “I think the state should see what other states are allowing, because I came from the South where there are more diverse products with more milligrams.”

Marshall said she was referring to Tennessee and South Carolina. 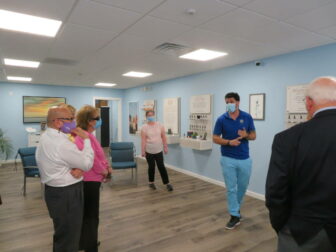 Joanne Fox, manager of Your CBD Store Monroe, and Steven Nardiello, an education coordinator with Sunflora, show off some of the SunMed products in the Monroe store.

“It’s obviously a beautiful location and I’m hoping for much success,” he said of the Monroe store. “If anyone has questions on CBD, they should talk to Joanne.”

“I think it was awesome,” Fox said after the grand opening. “It was fabulous. Mr. Giovanni gave an amazing speech and a wonderful endorsement — and I couldn’t ask for more.”

Fox said she enjoyed meeting Monroe Chamber of Commerce members in person after having spoken to them in Zoom meetings. 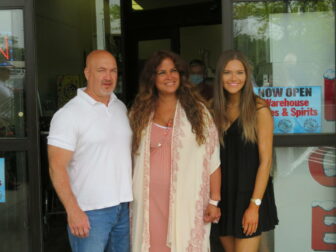 Flags adorned the entrance to Warehouse Wine & Spirits at Century Plaza as Sofia Volpe greeted town officials at her store with her husband, Rich Leger, who owns Brookside Wine & Liquor in Bridgeport.

“We really focus on wines and craft beers,” Leger said. “We realize there are a lot of liquor stores in town, but we’re shoppable and have a beer cave.” 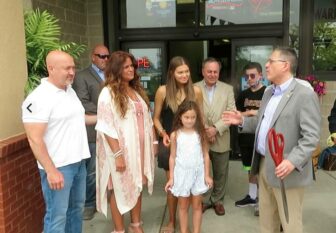 Eric Sippin said Warehouse Wine & Liquor’s new space came together with the coordination of a lot of moving parts and a lot of hard work.

He thanked his uncle, David Sippin, for his management of the plaza under Sippin Commercial Properties as its principal, First Selectman Ken Kellogg and Lee Hossler.

Volpe said the community has been welcoming of her new store since it opened in March.

“This is the only complete one-stop shopping center in town,” Leger said of Century Plaza, which has Big Y World Class Market as its anchor store. “There is a convenience factor. The pet store and Chinese restaurant … everyone does well here.”

Now that the state is coming out of the COVID-19 pandemic, Leger said Warehouse Wine & Liquor will be able to do wine tastings. The store had one for guests on Saturday. 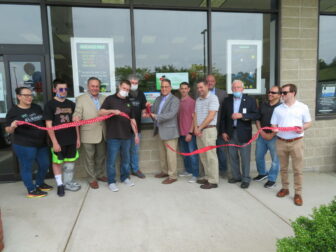 Choice Pet opened its first pet store in Norwalk in 1979 and has since grown to 17 locations in Connecticut, New York and New Jersey, including an online store. The Monroe store opened at Century Plaza 26 years ago and has been there ever since, though in different storefronts.

“We’ve always focused on customer service,” Larry Bocchiere, chief operating officer of Choice Pet, said of the Monroe store’s longevity. “We try to deliver the highest level of customer service to everyone who comes through our door.” 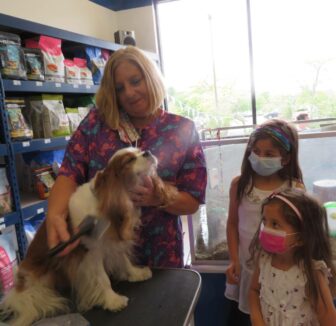 Rosemarie Napoleone, a pet groomer, works on her dog, Dasher, as Kalie Zucaro, 6, and her sister Emma, 4, look on.

“We educate our customers on animal nutrition and different products they may not know about,” he said. “They see the results and they come back. We develop that trust and rapport. Of course we want to grow as a company, but we keep the focus on the mom and pop mentality.”

Inside Choice Pet, Rosemarie Napoleone, a pet groomer from Beacon Falls, fussed over Dasher, her 11-year-old Cavalier King Charles Spaniel, as children pet the dog. A few customers arrived with their dogs on leashes to participate in a short puppy parade after the ribbon cutting ceremony.

Home Videos The WORLD of WINE – Wine News. Cheap wine, tasting notes and cooking with wine The World of Wine – May 2021 … END_OF_DOCUMENT_TOKEN_TO_BE_REPLACED

How to visit Napa Valley on a Budget. In this video Carson and I explain a few ways to enjoy Napa on the cheap. Tip and advice about how to visit Napa … END_OF_DOCUMENT_TOKEN_TO_BE_REPLACED

Home Videos Get To Know Argentina Wine | Wine Folly If you love Malbec, Argentina is your ultimate wine region. But that’s not … END_OF_DOCUMENT_TOKEN_TO_BE_REPLACED