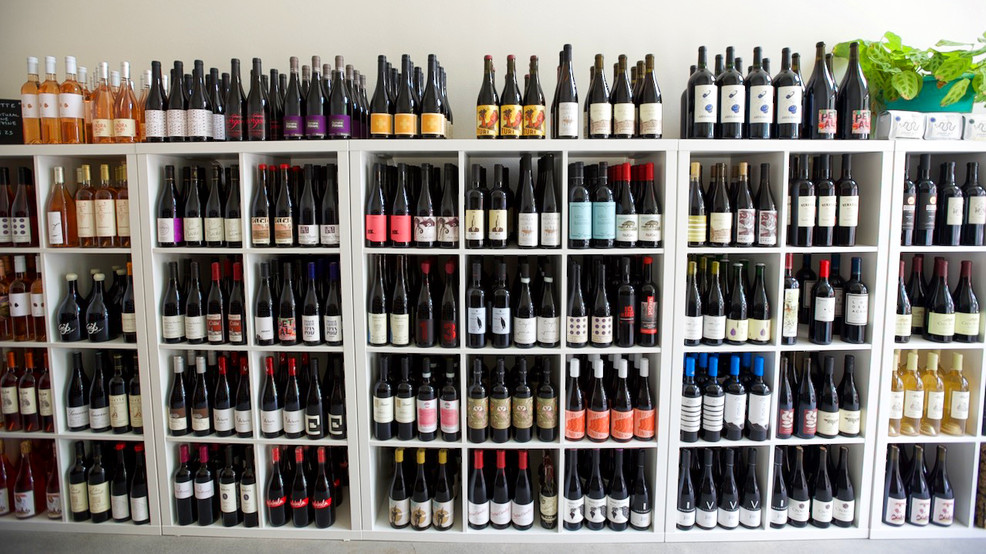 Seattle is known for being a “tech city,” but Molly Ringe quickly learned that world was not for her.

“I love talking and interacting with people,” she said. “I left IT quickly. It was not my thing.”

Ringe has been in the wine community for most of her life, and after leaving tech, she went back to being a bartender, wine buyer and traveling. But a breast cancer diagnosis at 30 years old in 2001 would change everything — she was told she couldn’t drink conventional wine anymore.

“I started diving into why, and learned about all the things that are in conventional wine, especially here in the U.S. I was pretty distraught,” she said. “My livelihood was buying and selling wine at restaurants and fine dining.”

This led Ringe to natural wine — something she learned about while traveling in Europe. It allowed her to drink wine again.

“Finding it was possible […] was life-changing for me,” she said.

After nearly two decades in the natural wine community, she would ultimately end up opening her own natural wine store, Molly’s Bottle Shop, in 2019. Fast forward nearly two years and a pandemic later, Ringe now has two locations, one in Sunset Hill and one in West Seattle.

While Molly’s Bottle Shop could be simply described as a place to buy or taste wine, Ringe has created a place for the community to gather, connect and support local in a time when it was desperately needed.

“Basically it’s wine that’s grown organically, mostly biodynamically, and it’s that – they pick the grapes, they let the grapes ferment and put it in a bottle,” said Ringe, noting this a very, very simplistic description of a movement that’s been around for thousands of years.

“I took a lot of classes, went to Washington State University and started learning about what was in not just the vineyards but the wine themselves,” she continued. “We as consumers buy into this idea that wine is natural, we pick the grapes and we make wine and we don’t understand that there’s over 100 allowed additives in making wine.”

While some are not as bad, many are harmful — which was why Ringe said her doctor told her she could no longer drink it after her cancer diagnosis.

She’s a big advocate for verifying the wines her shop carries through travel and research to make sure they abide by the following standards:

This is not only important to her personally but also to her shop’s credibility and the people who come to her for wine.

“I have a lot of customers, now friends, who couldn’t drink wine anymore. They were sad, right? They are now thankful. I’ve had people cry and hug me because they didn’t know they could drink wine again,” she said.

The opportunity to open Molly’s Bottle Shop quite literally almost came to Ringe in a perfect little package. She was working at Baker’s when she saw a For Rent sign in the window of the cute space next door. She knew the person trying to get out of the lease, she knew the person who owned the property and she’d always wanted to open a wine bar. The answer was easy.

“I opened it up on a credit card and savings account, and it was just so well received in the beginning,” Ringe said. “And then pandemic, and we pivoted as much as we could, and the community literally wrapped around me so powerfully that it was really intense and super cool.”

When the pandemic hit, they quickly got a store online and started delivering. They ended up getting approval for an outdoor pavilion where people could come and wine taste. They started hosting small events again (outdoors, of course) featuring local artists and artisans. They even have a wine and book club.

Molly’s Bottle Shop is much more than a bottle shop.

“[People] could hang out here in the pavilion, I had heaters, they could bundle up and have a glass of wine and meet their neighbors and have a conversation safe distance. It really turned into a community center,” Ringe said. “I want people to come here in five years and see the same faces. I want to be the place where nobody quits […] I want it to continue to be what it is.”

The Sunset Hill neighborhood is very community-driven, as well. Like how Ringe curates the natural wine list at Baker’s next door, for example. As we talked in the pavilion on a sunny afternoon in July for this interview, a handful of people stopped by to chat with Ringe about the new truck they bought or their latest art installation or just to say “Hi” and give her a hug.

“I was joking with someone that my new hashtag is going to be #communitynotcompetition,” she said. “I think that is so important. We are all so much better with the power of community.”

Molly’s Bottle Shop in Sunset Hill may only be about 200 square feet, but it makes a mighty impact. Ringe hopes the space stays and flourishes so she can continue introducing people to new kinds of wine and fostering long-lasting connections with her customers — or, as she likes to put it, her friends.

“There is nothing personal. Wine is subjective. It is completely up to you,” she said. “Let’s have this journey together. Let’s be open-minded.”

Home Videos The WORLD of WINE – Wine News. Cheap wine, tasting notes and cooking with wine The World of Wine – May 2021 … END_OF_DOCUMENT_TOKEN_TO_BE_REPLACED

How to visit Napa Valley on a Budget. In this video Carson and I explain a few ways to enjoy Napa on the cheap. Tip and advice about how to visit Napa … END_OF_DOCUMENT_TOKEN_TO_BE_REPLACED

Home Videos Get To Know Argentina Wine | Wine Folly If you love Malbec, Argentina is your ultimate wine region. But that’s not … END_OF_DOCUMENT_TOKEN_TO_BE_REPLACED