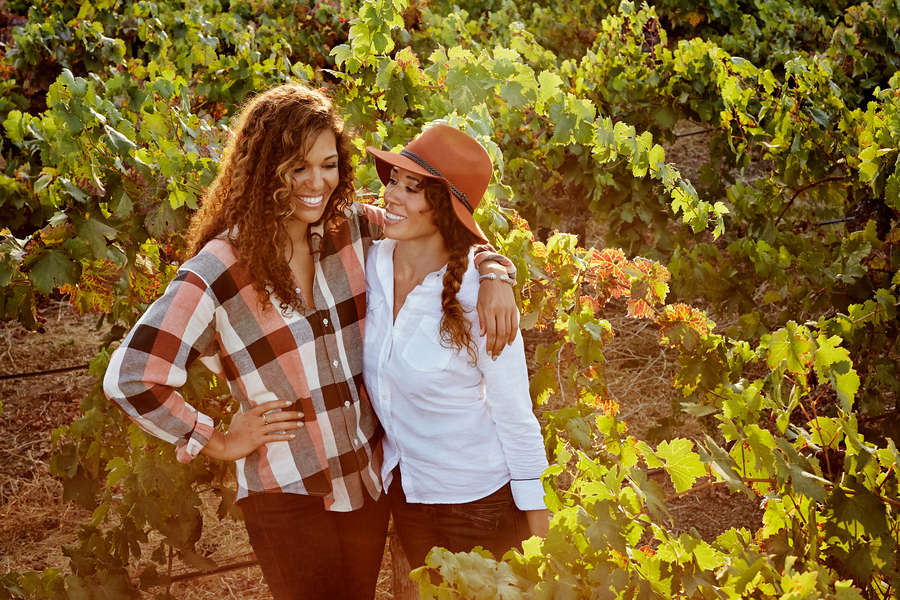 Once the pandemic hit, Happy Cork was one of the stores deemed essential, so the shop never shut down over the course of the last few months, including during the peak of the fight against racial injustice after the murder of George Floyd.

“There was a huge push for anything Black-owned,” Foss says. “With the traction of all these Black-owned wine brands, McBride Sisters was obviously at the top of that list and we’ve not been able to even keep it in stock.”

Robin McBride, co-founder of the McBride Sisters Collection along with her sister Andréa McBride-John, notes one of the main challenges in starting their business was their initial lack of knowledge of how the industry functioned and the obstacles that accompanied it.

“Obviously, we were women who were not wine professionals, and on top of that, we’re Black. So, it became obvious very quickly what the biases were in the industry, which was definitely a challenge,” McBride says. “We had to figure out how to jump over a lot of the gatekeepers and a lot of what the establishment in the industry is and speak directly to the consumer.”

The two sisters started their business nearly 15 years ago, but McBride says during that time, the wine industry was not catered toward women or people of color.

“Over time, we focused our efforts on what we inherently knew to be overlooked consumers and wine-drinkers,” says McBride. “We’d say, ‘Look, we’ve had success in these places because you guys aren’t making products available for these people and you’re not talking to them in the right way. We know how to do that. We really need to be distributed here, in this state, in this market, in this way. We need to have visibility.’”

Like Happy Cork in Brooklyn, Alyson Rae Lawson’s 7-Eleven franchise in Arlington, Texas also carries the McBride Sisters Collection — when it can actually stay on the shelves (in the past, she’s sold over 900 bottles from the Black Girl Magic Collection in two days!).

Home Videos The WORLD of WINE – Wine News. Cheap wine, tasting notes and cooking with wine The World of Wine – May 2021 … END_OF_DOCUMENT_TOKEN_TO_BE_REPLACED

How to visit Napa Valley on a Budget. In this video Carson and I explain a few ways to enjoy Napa on the cheap. Tip and advice about how to visit Napa … END_OF_DOCUMENT_TOKEN_TO_BE_REPLACED

Home Videos Get To Know Argentina Wine | Wine Folly If you love Malbec, Argentina is your ultimate wine region. But that’s not … END_OF_DOCUMENT_TOKEN_TO_BE_REPLACED