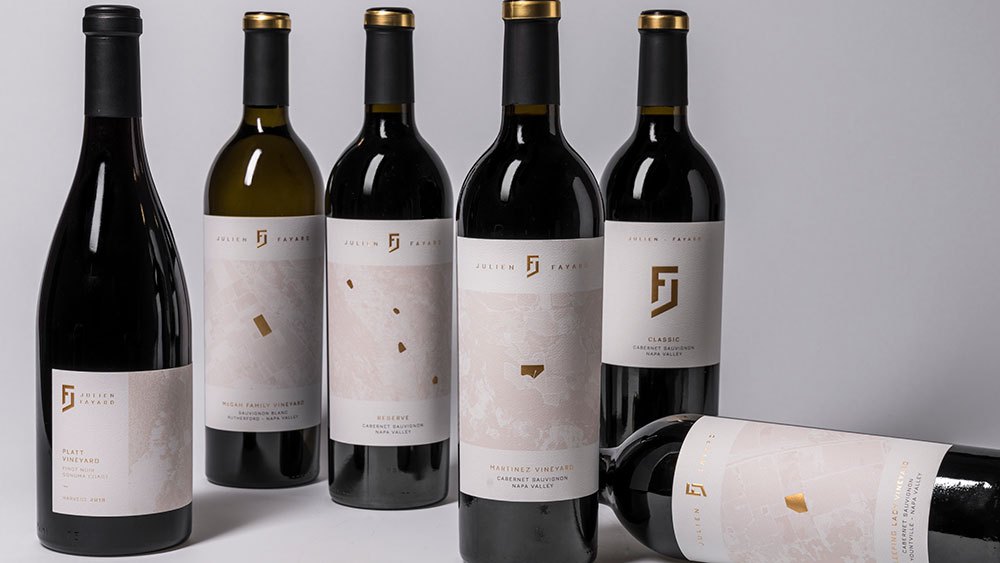 Julien Fayard has been the winemaker of record for more than a few top-shelf Napa wines—more than 20, to be exact, including Purlieu, Brion and Covert, to name a few (he’s a partner in that last). But until recently, the French-born and trained winemaker, an alum of the Philippe Melka winemaking orbit—with stints on his resume including Bordeaux’s Lafite Rothschild and Smith Haut Lafitte as well—has never had his name on a front label. Now, he’s putting a little more skin in the game with Julien Fayard Wines.

“I’ve built my reputation and name making other people’s wines,” says Fayard. “With this project, I’m producing wines that are more about purity and a personal and emotional connection to me.” Fayard likens launching his own label to an artist signing a piece of artwork—there’s a little more risk of exposure involved. “It’s clear you are proud of what’s in the bottle,” he says. “At the same time, you’re opening yourself to people’s scrutiny with your name directly attached to the wine.”

What that scrutiny produced for his Julien Fayard 2018 Sleeping Lady Vineyard Cabernet Sauvignon (Yountville, Napa Valley; $165) was 100 points from Antonio Galloni, owner and editor-in-chief of Vinous. The wine is remarkable, opening in a deep, dark-fruited and earthy vein. Forest, cedar and loam are layered under cassis, blackberry, dark chocolate, tobacco, leather, mint and savory herbs. The palate is juicy, structured and complex—red, blue and black fruit seasoned with spice and substantial but supple tannins in a long, rich and beautifully balanced package. Pretty delicious now, but promising many years in the cellar too. 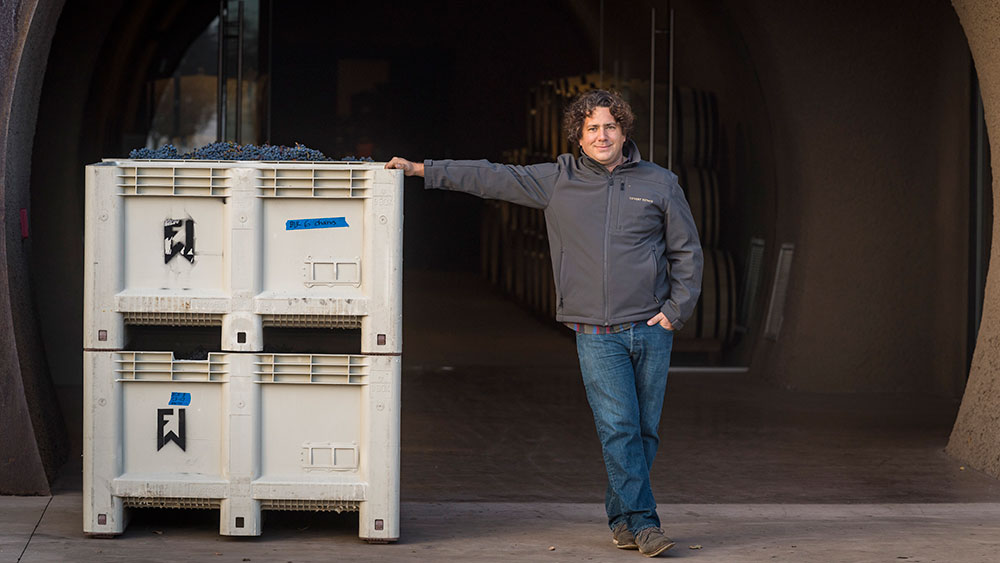 Fayard is earning high marks for his eponymous label.

The Julien Fayard lineup is a single-vineyard project, a study in terroir emphasized by the fact that the vineyard in question is highlighted in gold against its surroundings on each label. The vineyards are also sources Fayard works with for his clients as well—drilling down to another level of micro-terroir. “Even when there are different wines coming from the same site,” says Fayard, “there is a variation in the soil, sun exposure, clone selection … With every [client’s] wine, I consider the expression of the vineyard, the owner’s vision and personality, as well as my own vision. This is one of the most exciting parts of making wine under different umbrellas.” According to Fayard, taking owners’ visions into consideration adds diversity and change—different styles with each bottling. With his clients’ wines, he says, “I learn to put my ego aside. But for this project, I only have to agree with myself.”

The vineyards he uses aren’t random, rather very much based on personal relationships with farmers who understand what he’s trying to do and are aligned with the vision. Stylistically, Fayard describes his wines as “more modern—newer terroir, newer vineyard sites that are great now, but will benefit from refinement and further development in the future.” Underscoring his point, the name Sleeping Lady (source of the aforementioned 100-point Cab) didn’t exist 10 years ago. It’s a little hard to see how you improve on 100 points, but watch this space.

In the meantime, the Julien Fayard 2018 Martinez Vineyard Cabernet Sauvignon Napa Valley ($165), from Pritchard Hill, is an earthy red with mountain grip. Dense and concentrated, it gives up classic cassis and dark plum, with complex layers of leather, tobacco leaf, resiny herbs, dark chocolate and firm tannins. This one deserves some age. The 2018 McGah Family Vineyard Sauvignon Blanc Rutherford, Napa Valley ($65) opens with exotic blossoms and citrus—the likes of yuzu and buddha’s hand—layered with oyster-shell minerality followed by juicy melon, grapefruit, touches of tropicals and a bushel of lemons. It’s graceful in spite of its weight and mouth-filling texture from some new French oak. And the 2018 Platt Vineyard Pinot Noir ($80) is a detour to the Sonoma Coast, “arguably one of the best Pinot Noir vineyards in Sonoma,” says Fayard. Making Pinot Noir, he says, “forced me to rethink habits and question myself.” The wine opens with a swirl of florals, cloves, forest floor, mint, loam, black tea and savory minerality. Although it follows with flavors of cherry, raspberry and cranberry, the wine really isn’t about fruit. It’s more about savory elements, silky textures and a very long finish.

In the crowded field of Napa Valley (and Sonoma Coast’s icon vineyards too), Fayard has carved out memorable space for his own stable of wines.

Home Videos The WORLD of WINE – Wine News. Cheap wine, tasting notes and cooking with wine The World of Wine – May 2021 … END_OF_DOCUMENT_TOKEN_TO_BE_REPLACED

How to visit Napa Valley on a Budget. In this video Carson and I explain a few ways to enjoy Napa on the cheap. Tip and advice about how to visit Napa … END_OF_DOCUMENT_TOKEN_TO_BE_REPLACED

Home Videos Get To Know Argentina Wine | Wine Folly If you love Malbec, Argentina is your ultimate wine region. But that’s not … END_OF_DOCUMENT_TOKEN_TO_BE_REPLACED