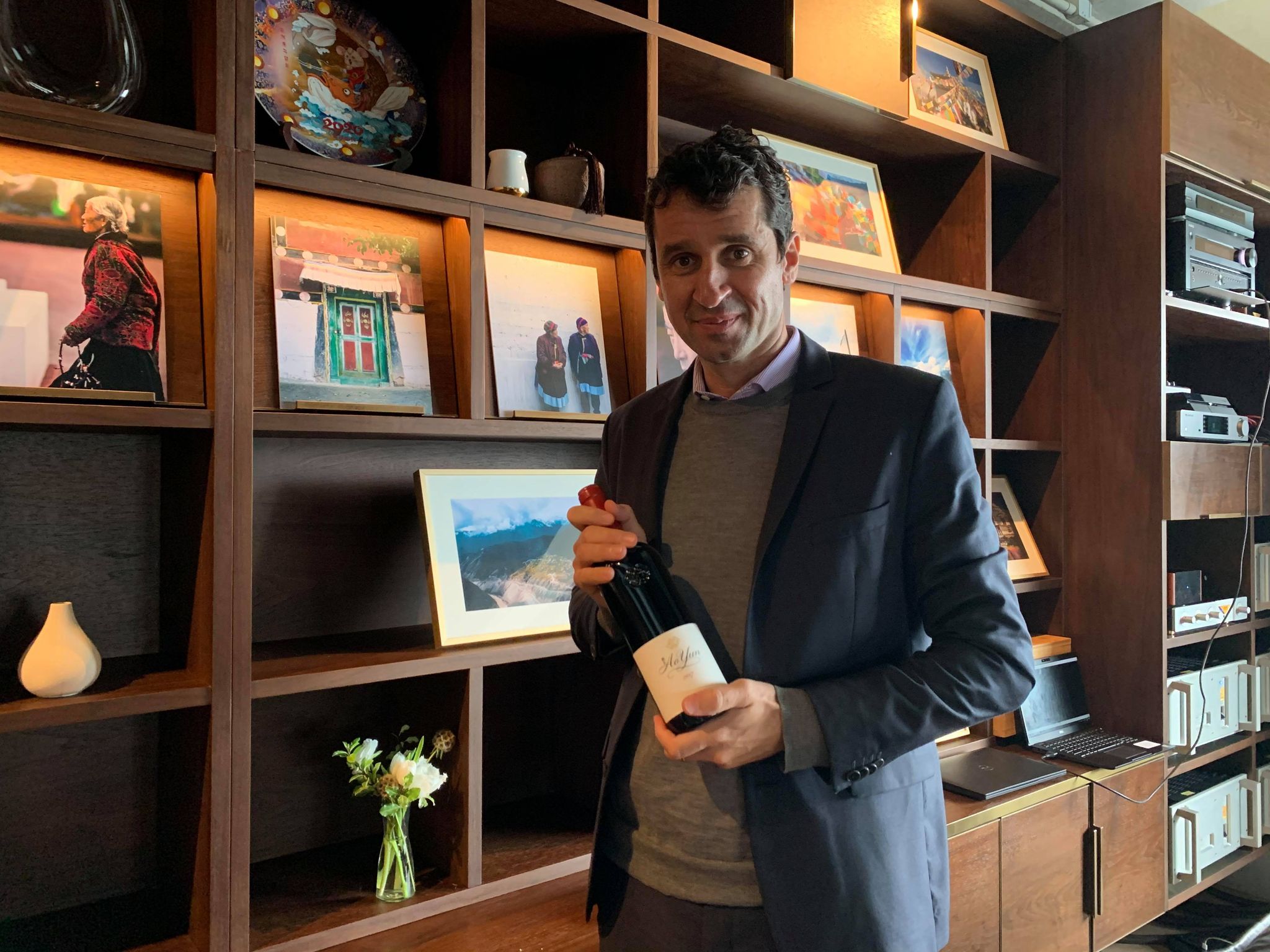 “Usually when speaking of a vintage, we talk about the climate only. But for Ao Yun, I’d also like to talk about the optimisation of vineyard management and winemaking,” Dulou said, beginning the conversation by highlighting the specification of the vineyard.

Ao Yun leases 314 blocks totalling 28 hectares from 120 local families in four villages of the Upper Mekong Valley. There are different soil types and climates in each village due to different altitudes, sun exposure, wind exposure, landslide and river deposits. There are also variations within the same village, with 727 tiny sub-parcels identified. The team continually improves the vineyard management by working on two axis, namely accurate terroir maps and customised processes for each of the 30 terroir types.

“At Ao Yun we have very unique climate and soil, and we took a long time to understand it, but the good thing is we have no limit to adapt to them, thanks to the capacity of working 3,500 hours per hectare each year – clearly this is unique in the world of wine, and this shows our high ambition,” Dulou said.

He referred to the reference in France that there are only very few vineyards that are managed by hand, even so, those vineyards are only spending 1,000 hours per hectare per year. By dedicating 3.5 times more labour, they can do everything they want to optimise the vineyard management and grape quality.

Dulou said 2017 was a vintage with the most challenging climatic conditions since they started in 2013. It began with a dry and warm winter followed by a cool spring that delayed the growth of the vines. The summer was cool and much too wet, and at the beginning of fall, a crucial window opened with one month of higher temperatures than average. The season’s climate and newly optimised management in the vineyard resulted in a generous harvest with very powerful and beautifully mature grapes. The unique climate further permits the grapes to concentrate without oxidisation of tannins and aroma, keeping the great Himalayan freshness and aging potential. Under these conditions, the four distinct villages of the upper Mekong Valley (Sinong, Xidang, Adong and Shuori) were harvested later than average, breaking the record for the latest harvest day for red wine in the Northern hemisphere, with the last grape picked in Adong on 22 November 2017.

Regarding the vineyard management, Dulou observed that the water content is not balanced in various areas.

“In 2017, in order to adjust the water content accessible for the plant,” he said. “We implemented a higher canopy surface to suck the excessive water and give good quantity of water. In some parts with too much water, we let the weeds help regulate the water. Luckily, the climate in Shangri-la was dry enough, so even though we are managing organically, the weeds will not cause any disease.”

During winemaking, Dulou and his team tried to be more gentle to extract the crème de la crème. “We give oxygen to the wine and soften the wine by racking the wine, also we used less sulphur dioxide in the later part of the wine,” he said.

Due to the high altitude of 2,600m at which Ao Yun’s cellar is nestled, the oxygen is 25% lower, which impacts taste perception. For the second year, the tasting for deciding the final blend of Ao Yun 2017 was made at sea level in Hong Kong.

Commenting on the aging potential of Ao Yun wine, Dulou said it takes 30 years minimum for all their vintages, because of the support of acidity and freshness. For 2017, he can see an even longer potential as the result of more concentrated fresh grapes with more acidity and tannin after the improvement in vineyard management.

After 10 years of working on the vineyard, Dulou has started to have a better understanding, yet he is still looking for the specificity of the vineyard and terroir with his team.

“Now I have come to realise that we have a terroir as a hybrid between Bordeaux and Napa Valley,” he said. “I’m surprised by the huge temperature variation. Our wine a mix between the freshness and tension of Bordeaux, and fruitiness and density of Napa.”

“We are closer to our dream for 2017 vintage, but still I think we are improving every year – I think it takes at least 10 years to reach the full potential of our winery.

“Thanks to the 30-year investment from LVMH, there is no limit on our creativity. It allows us the capacity to work shoot by shoot, grape by grape. We do everything by hand, we really take care of the plants well.”

Home Videos The WORLD of WINE – Wine News. Cheap wine, tasting notes and cooking with wine The World of Wine – May 2021 … END_OF_DOCUMENT_TOKEN_TO_BE_REPLACED

How to visit Napa Valley on a Budget. In this video Carson and I explain a few ways to enjoy Napa on the cheap. Tip and advice about how to visit Napa … END_OF_DOCUMENT_TOKEN_TO_BE_REPLACED

Home Videos Get To Know Argentina Wine | Wine Folly If you love Malbec, Argentina is your ultimate wine region. But that’s not … END_OF_DOCUMENT_TOKEN_TO_BE_REPLACED