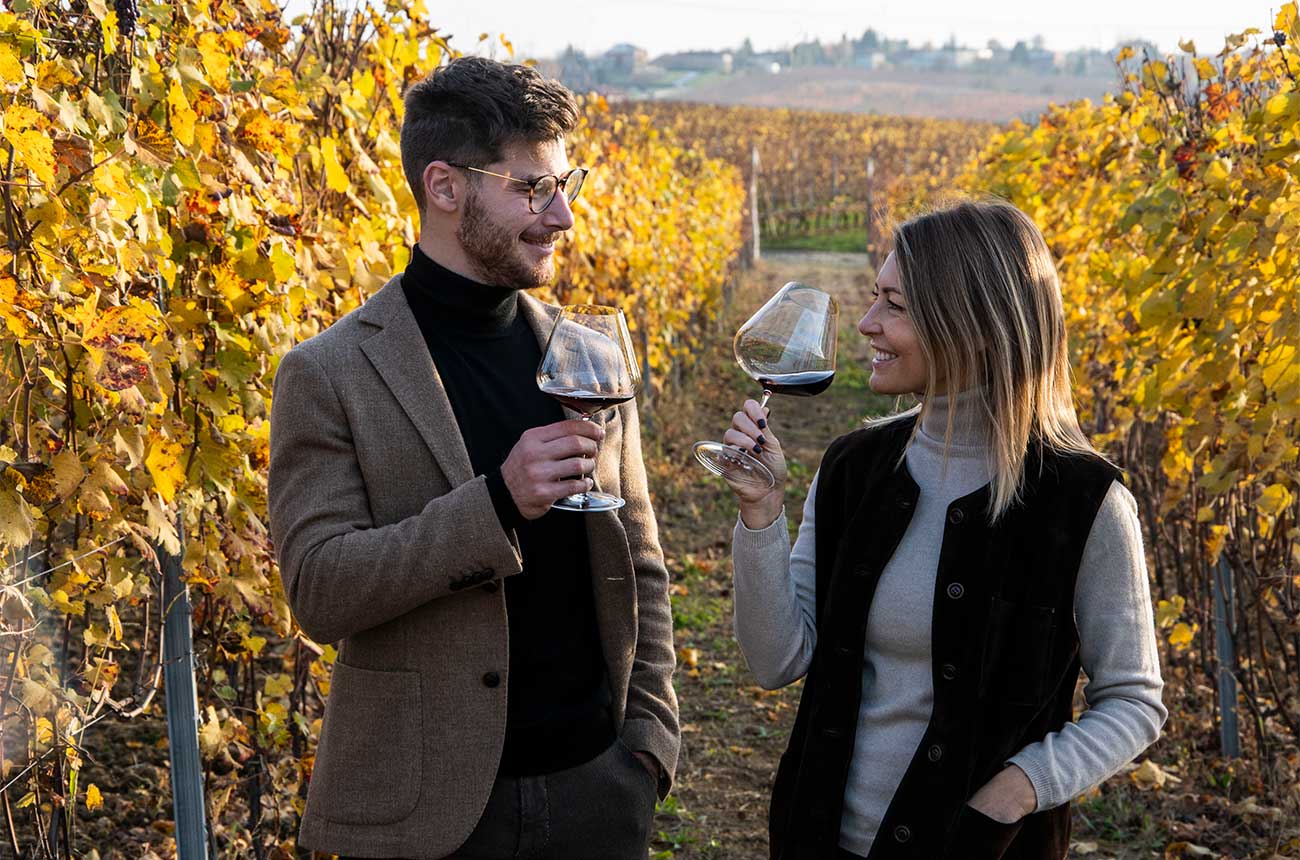 The idea of making cru wines from single vineyards, now called MGA (Menzione Geografica Aggiuntiva), is not a new one at Marchesi di Barolo. The owners, the Abbona family, have bottles of single-vineyard wine dating back to the beginning of the 20th century, but it was actually in 1973 that Barolo Cannubi had its first vintage, and Barolo Sarmassa in 1976. Coste di Rose followed later.

Climatic conditions and soil composition give very different results for wines made from grapes drawn from different vineyard sites – this is terroir. This is part of the fascination of the Barolo denomination. Let’s look at the three historic cru wines from Marchesi di Barolo to get an idea of how different vineyard sites with different soils produce wines with unique characteristics. The vineyards are all in the township of Barolo, not too far from each another.

All the wines have similar vinifications:

Sandy soils produce floral wines with smooth tannins and light colours. Coste di Rose is a steep hill in the south of the town. The soil contains an average amount of limestone and is rich in quartz sand and very fine silt, characteristics that give the wine intense and refined aromas with hints of roses and aromatic herbs such as wild mint. A Barolo which can already be enjoyed when young, thanks to the delicacy of its structure.

Clay soils, on the other hand, produce muscular wines that are rich in colour. In the Cannubi cru there are soils of Helvetian and Tortonian origin that form blueish-gray marl: clay mixed with very fine sand containing a strong limestone component. This translates into wines that are full-bodied and very well balanced in terms of harmony between structure, perfume and tannic elegance. Ready to drink and capable of long ageing too.

In the Sarmassa cru, just north of the town centre, there is a very compact calcareous-clayey soil with notable stoniness. Harder parts, composed of quartz and sedimented clay lead to a minerality on the nose as well as other nuances. This translates into wine with intense aromas of liquorice and spices, excellent body and notable tannins. Capable of ageing beautifully for decades

Home Videos The WORLD of WINE – Wine News. Cheap wine, tasting notes and cooking with wine The World of Wine – May 2021 … END_OF_DOCUMENT_TOKEN_TO_BE_REPLACED

How to visit Napa Valley on a Budget. In this video Carson and I explain a few ways to enjoy Napa on the cheap. Tip and advice about how to visit Napa … END_OF_DOCUMENT_TOKEN_TO_BE_REPLACED

Home Videos Get To Know Argentina Wine | Wine Folly If you love Malbec, Argentina is your ultimate wine region. But that’s not … END_OF_DOCUMENT_TOKEN_TO_BE_REPLACED