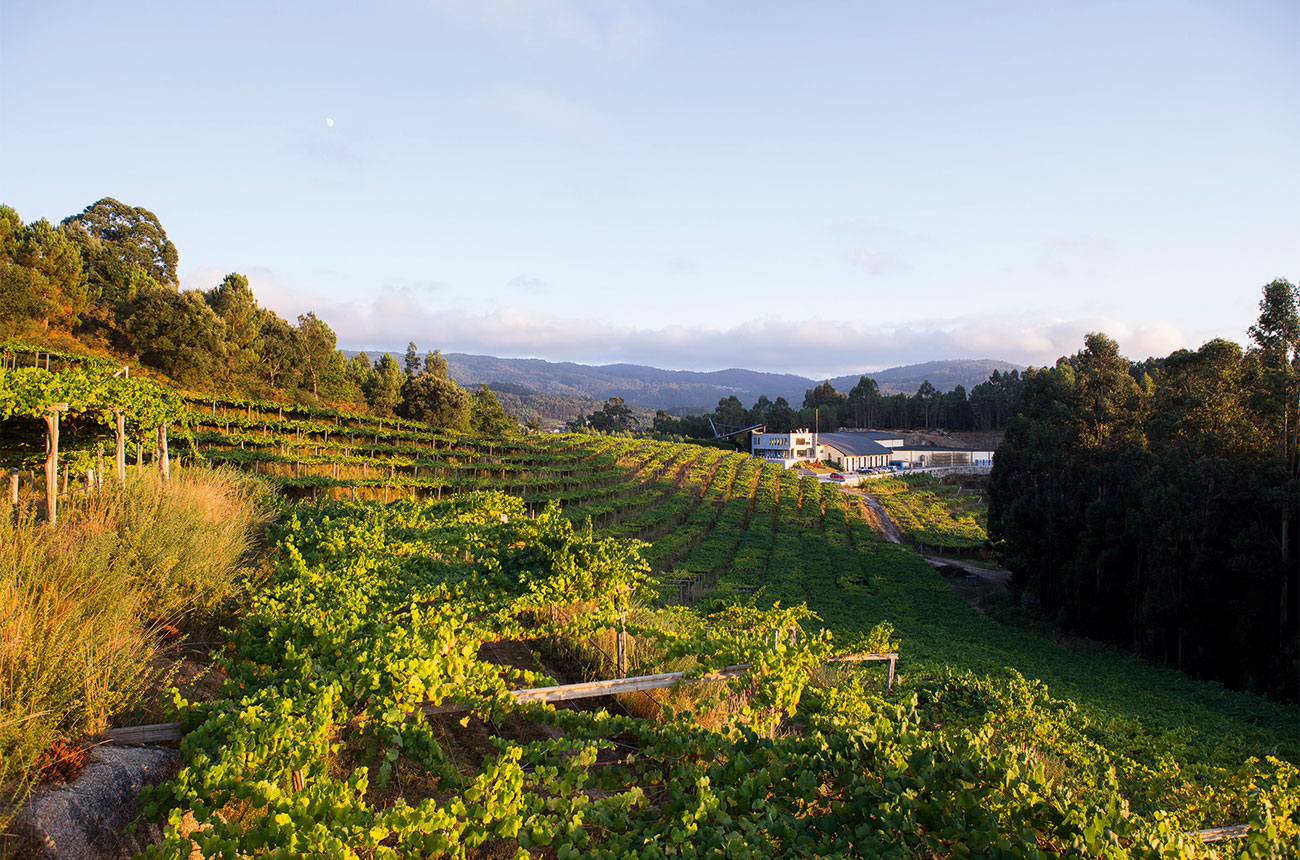 The province of Rías Baixas, home to Mar de Frades winery, may not immediately strike you as being the spiritual home of one of the finest white varietals, Albariño; it arguably lacks the aesthetically dramatic calling cards of more renowned regions. The vineyards sit low – rarely above 300m – while the winters are mild and characterised by Atlantic-driven rains which regularly linger, uninvited, into spring and summer.

Yet, despite the bruising climate the grape, which has been cultivated in Rías Baixas for over 1,000 years, has come to fit like a glove, with its thick skins providing protection from rot and the free-draining, sand-over-granite soils ensuring the vines avoid saturation.

Mar de Frades was established in 1987, one year before Rías Baixas achieved DO status, so has been intrinsic to the region’s burgeoning reputation and success, riding a wave as consumers’ thirsts switched from barrel-aged whites to more immediately rewarding, refreshing wines.

One of the leading exponents of the region’s every-evolving styles, Mar de Frades has more recently begun to shine a light on Albariño’s extraordinary and underappreciated ageing potential. It’s acidity and pH levels bear striking resemblance to those found in Riesling, and further parallels rise to the surface as the wines age, with distinct notes of petrol and almonds revealing themselves over the years.

Mar de Frades Finca Valiñas is an archetypal example of an Albariño built to age, with the 2016 release only recently seeing the light of day following four years maturing – without oak – in the cellar. It’s a wine which began life in a vineyard planted in 1975 on a hillside in Salinés Valley, with outcrops of granite reinforcing the grapes’ inherent acidity and which, combined with the vineyard’s altitude, form the sturdy backbone needed for longevity.

Following fermentation, the wine sits on its lees for one year, followed by two years of battonage (lees stirring) combined with further rest, before a final year of bottle ageing.

It’s a wine with an indisputable ability to develop and improve, according to Mar de Frades winemaker, Paula Fandiño: ‘Finca Valiñas has an ageing potential of at least 10 years,’ she states. ‘When we open old vintages of our Albariños, we discover notes of salinity, minerality and iodine which remind us of Galician canneries, mussels and pickles.’

Fandiño believes that it is preserving this regional essence which is key to the progression and future success of Rías Baixas, while at the same time pursuing practices that realise the magnificent ageing potential of Albariño. ‘Our terroir, climate and viticultural traditions are fundamental in differentiating and defining the character of our Albariño,’ she says.

‘We need to age the wines in different materials including granite, clay and concrete as well as stainless steel. We must treat the lees carefully, using battonage, or letting the wines rest on their own fine lees for months or even years, before finally ageing even further in tank or bottle. In doing so, we produce singular, long-lived wines which speak of Albariño and Galicia, and will remain in the memory of wine lovers.’

Home Videos The WORLD of WINE – Wine News. Cheap wine, tasting notes and cooking with wine The World of Wine – May 2021 … END_OF_DOCUMENT_TOKEN_TO_BE_REPLACED

How to visit Napa Valley on a Budget. In this video Carson and I explain a few ways to enjoy Napa on the cheap. Tip and advice about how to visit Napa … END_OF_DOCUMENT_TOKEN_TO_BE_REPLACED

Home Videos Get To Know Argentina Wine | Wine Folly If you love Malbec, Argentina is your ultimate wine region. But that’s not … END_OF_DOCUMENT_TOKEN_TO_BE_REPLACED