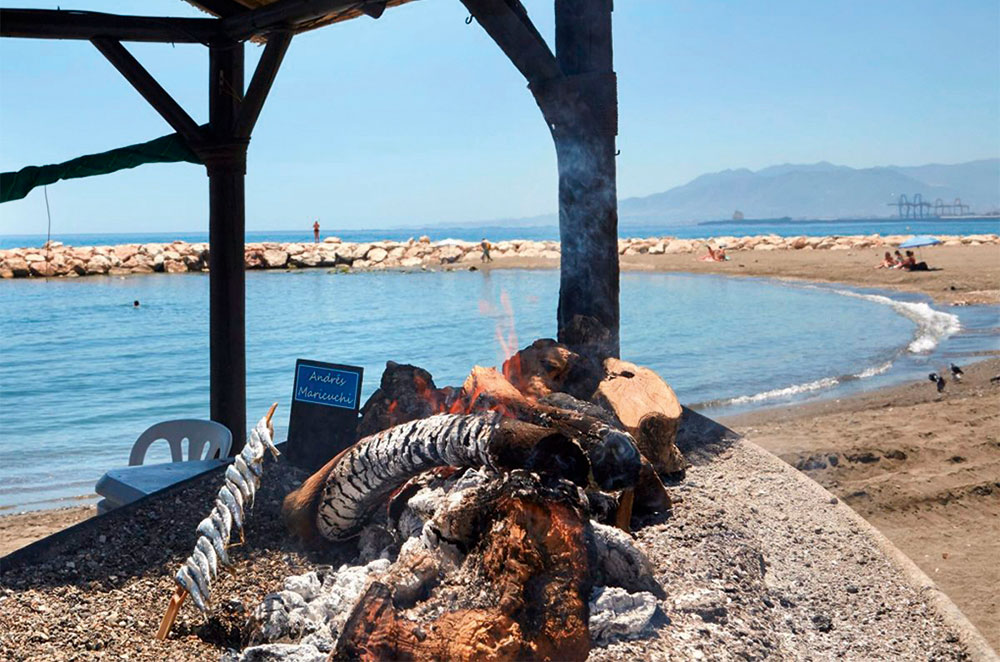 No longer ‘just an airport’, Málaga has reinvented itself as a world-class travel destination over the past decade. With the addition of several museums and art galleries, a revamped port and the rejuvenation of its charming old centre (now mostly pedestrianised), Málaga is the perfect city break if you’re looking for sun and sand in a vibrant, cosmopolitan setting.

The wine scene has also been changing and the once-prominent raisiny sweet wines from historic wineries have been joined by wines from a new generation of small producers who are reviving old vines, as well as introducing new grapes to the region.

There are five geographical sub-areas within the overlapping DO Málaga and DO Sierras de Málaga: Axarquía, Montes de Málaga, Costa Occidental-Manilva, Norte and Serranía de Ronda. Most wineries are within an hour’s drive of Málaga city and there are plenty of opportunities to visit bodegas, either on your own or as part of an organised tour.

Back in Málaga you won’t be short of choice when it comes to local gastronomy, from barbecued sardines on the beach to haute cuisine elegance in the city centre. Take a food tour when you first arrive to get your bearings. The old city centre and beyond has something to suit everyone’s culinary tastes.

Friedrich Schatz comes from a family of winemakers from Württemberg that dates back to 1641. He came to Spain in 1982, aged 18, and started planting at Finca Sanguijela, an old Roman vineyard located about 10km from Ronda. Schatz, a pioneer vintner in the area, is a great believer in equilibrium and harmony in nature and his was the first winery to obtain organic certification in Andalusia. There are six biodynamic wines in the Schatz range: a Chardonnay, a rosé and four reds, including the signature label Acinipo, which is named after the nearby Roman amphitheatre. Tastings at the bodega begin with a stroll around the grounds, overlooking the Serranía de Ronda, before heading inside the lovingly restored bodega.

Architects Flavio Salesi and Paco Retamero first took over this abandoned 16th-century monastery in 1998 and, along with local winemaker Vicente Inat, have created one of the most unique wineries in the region. Once home to the order of Trinitarios Descalzos, many of the original architectural and artistic elements have been recovered and restored, including ancient frescos over the main altar that have miraculously survived years under numerous layers of plaster. Enjoy spectacular sweeping views over the 16ha of vineyards spread out below while sampling the single-vineyard selections. Visits are conducted by Flavio, in either Spanish or English.

DO Málaga, DO Sierras de Málaga

Set in the impossibly picturesque white mountain village of Moclinejo, the Dimobe winery is located below the family home of Juan Muñoz Anaya, whose grandfather founded the bodega in 1927. It also houses Viñedos Verticales, a separate boutique project run by Muñoz Anaya with winemaker Vicente Inat. As is usual in this area, the vineyards are made up of small plots scattered around the Axarquía region, with 60-70° slate slopes facing either inland or towards the Mediterranean. Grapes are typical of the region – Moscatel de Alejandría, Pedro Ximénez and Romé – with the more recent additions of Syrah and Petit Verdot.

DO Málaga, DO Sierras de Málaga

Originally from Holland, Clara Verjeih and André Both founded Bodegas Bentomiz in 2003 on their stunning property that sits above the tiny white village of Sayalonga in the Axarquía. What began with the simple production of wines for personal consumption turned into a passion for Verjeih, while Both took over the design and construction of the magnificent slate building that houses the bodega and restaurant. Their Ariyanas range of dry and naturally sweet (unfortified) wines are made primarily from Moscatel de Alejandría and Romé grapes. Visits include a tour of the premises and a tasting in the restaurant, with the option of staying for a market-based set lunch menu that’s created daily specifically to pair with the wines.

DO Málaga, DO Sierras de Málaga

This sprawling estate, located just north of Antequera, has been in the García Segura family since the beginning of the 1980s, with the restoration and construction of the winery finishing in 2004. Once home to a monastery run by friars of the Capuchin order, it remains very much a family-run venture, with respect for both the land and local traditions. In keeping with the style of Andalusian haciendas there are magical courtyards and gardens throughout, with the main buildings housing the bodega, family apartments and function rooms. In the 1990s, the old vineyard plots were replanted with white varieties typical of the area, such as Pedro Ximénez, Doradillo and Moscatel de Alejandría, and now also include Syrah, Cabernet Sauvignon, Merlot, Cabernet Franc and Petit Verdot.

Where to eat and drink in Málaga

The former fishing village of Pedregalejo is on the eastern edge of Málaga and easy to reach from the city centre. Superb fish and seafood are prepared on the beach in a traditional boat barbecue. You’ll also find great wines, a fabulous sea view and friendly, efficient service at this family-run establishment.

Charming little bar with a terrific selection of regional wines, excellent charcuterie and inventive tapas. The owner, David Camino, is a sommelier and professional jamón cutter. He hosts regular wine tastings at the bar and is also happy to set up a personalised tasting in Spanish or English.

The ‘heritage kitchen’ menu created by owner Antonio Fernández and chef Pachu Barrera, aims to recover and update the recipes of their mothers and grandmothers. Their signature dish, a tartare of Málaga sausage, is not to be missed; while the wine list, created by Fernández, is a joy to behold (and taste).

Minimalist chic interior and terrific traditional tapas at the long, elegant bar. Larger plates (raciones) are available at the tables. The slow-grilled octopus is sensational.

Boasting one of the city’s most extensive wine lists (with over 200 references), as well as an impressive cheese table (with more than 50 options), La Deriva offers a market-based traditional menu with dishes that show creative contemporary touches.

Mesón Mariano is an unpretentious, friendly spot, run by Mariano and his family. Home of the artichoke and baby goat, both expertly prepared in several different ways. Great fried green tomatoes too. Bring your appetite – and perhaps a few friends to share plates with.

Modern tapas are smartly served up by chef Willie Orellana at this minimalist taberna in the heart of Málaga, just a stone’s throw from the cathedral. Be sure to try the swordfish collar in Iberian pork fat, and the toasted fideo noodles with tiny calamari and alioli.

José Fuengirola’s seafood temple is just a short drive or train ride from Málaga, and is a firm favourite with both locals and visitors. Sitting on their beachside terrace overlooking the Mediterranean, while sipping a chilled local rosé, is a special kind of heaven.

Chef Charo Carmona recreates Antequera’s history through the memory of flavour, by finding and reviving ancient – often forgotten – recipes, some of which date all the way back to medieval times. A beautifully restored 18th-century townhouse is the setting for the restaurant and tapas bar, which also has a small guesthouse on the upper floors if tourists would like to stay here.

Home Videos The WORLD of WINE – Wine News. Cheap wine, tasting notes and cooking with wine The World of Wine – May 2021 … END_OF_DOCUMENT_TOKEN_TO_BE_REPLACED

How to visit Napa Valley on a Budget. In this video Carson and I explain a few ways to enjoy Napa on the cheap. Tip and advice about how to visit Napa … END_OF_DOCUMENT_TOKEN_TO_BE_REPLACED

Home Videos Get To Know Argentina Wine | Wine Folly If you love Malbec, Argentina is your ultimate wine region. But that’s not … END_OF_DOCUMENT_TOKEN_TO_BE_REPLACED