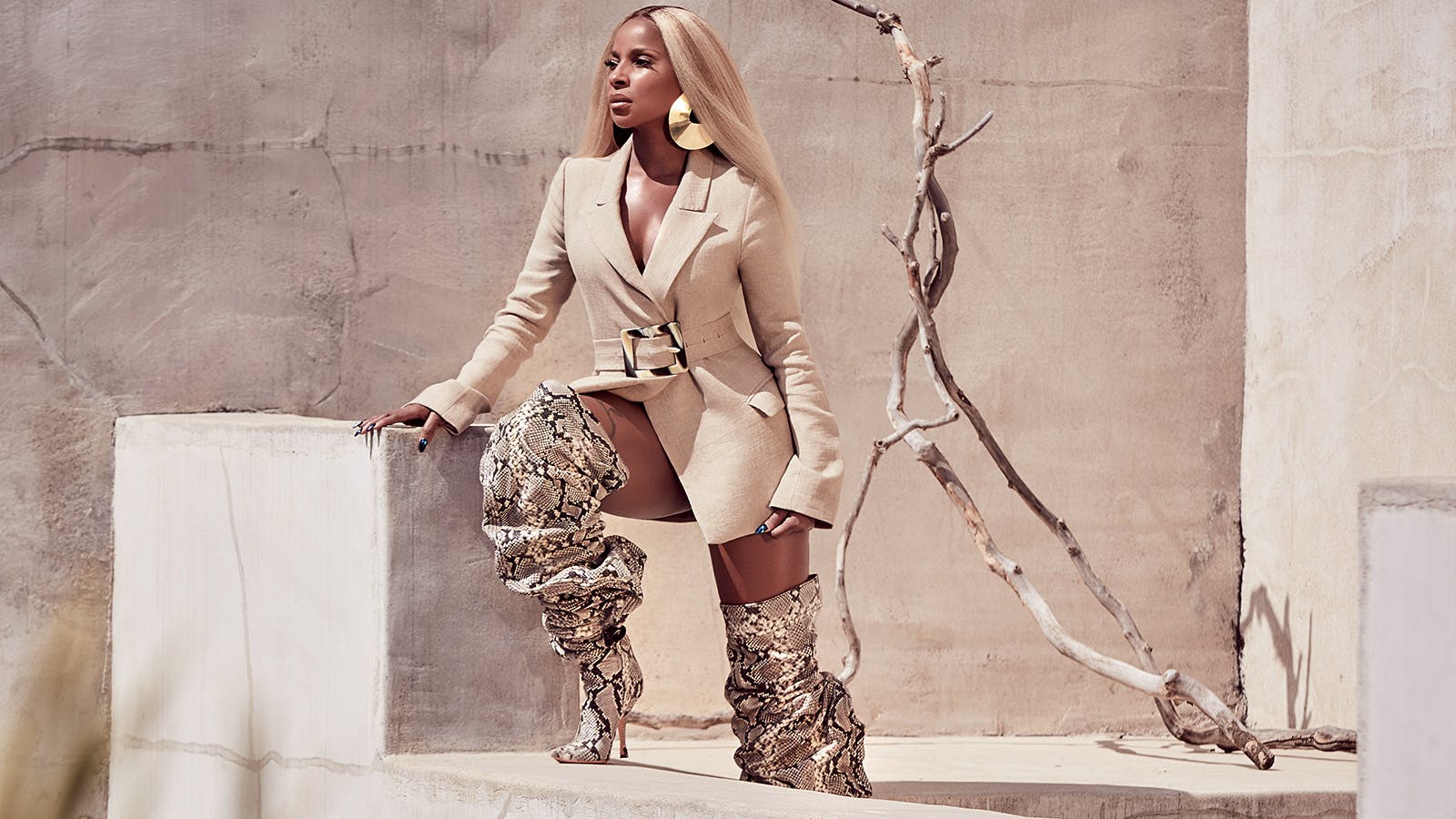 For Mary J. Blige, getting into the wine game was a labor of love. The nine-time Grammy winner and Academy Award nominee launched her Sun Goddess label earlier this year, which includes a Pinot Grigio made with skin-contact and a Sauvignon Blanc, both from from Italy’s Friuli region. In the latest episode of Straight Talk with Wine Spectator, Blige spoke with senior editor MaryAnn Worobiec about her start as a vintner, visiting Friuli and her latest acting projects.

The Sun Goddess story began three years ago, when Blige was on tour with American singer Maxwell. Blige was drinking Santa Margherita Pinot Grigio, one of her favorite go-to wines, when one of Maxwell’s Italian friends asked her why she didn’t make her own white wine. “It wasn’t even a second thought,” Blige said. “It’s just because wine tastes so good to me and I love the way it makes me feel, so it was a no-brainer.”

“It’s been a labor of love since the first day I met Marco,” Blige said. “I think that when you do something out of love you won’t have that many challenges. The only challenge you’ll have is trying to sell it.”

As an award-winning performer, Blige knows when a song is a hit, and the same went for the bottle for her label. Blige says she scratched the idea for her original bottle and decided to select one that would appeal to, “All ages, all genders and all colors,” with her sun-themed label and her childhood nickname coined by her sister on both bottles.

Watch the full episode with Blige on Wine Spectator’s IGTV channel, and tune in to catch Straight Talk with Wine Spectator on select Tuesdays and Thursdays. Kicking off the new year on Jan. 5, senior editor Bruce Sanderson will chat with Pinot Noir star Véronique Drouhin-Boss. And on Jan. 14, senior editor MaryAnn Worobiec will talk to Newton Vineyard CEO Jean-Baptiste Rivail.

Home Videos The WORLD of WINE – Wine News. Cheap wine, tasting notes and cooking with wine The World of Wine – May 2021 … END_OF_DOCUMENT_TOKEN_TO_BE_REPLACED

How to visit Napa Valley on a Budget. In this video Carson and I explain a few ways to enjoy Napa on the cheap. Tip and advice about how to visit Napa … END_OF_DOCUMENT_TOKEN_TO_BE_REPLACED

Home Videos Get To Know Argentina Wine | Wine Folly If you love Malbec, Argentina is your ultimate wine region. But that’s not … END_OF_DOCUMENT_TOKEN_TO_BE_REPLACED