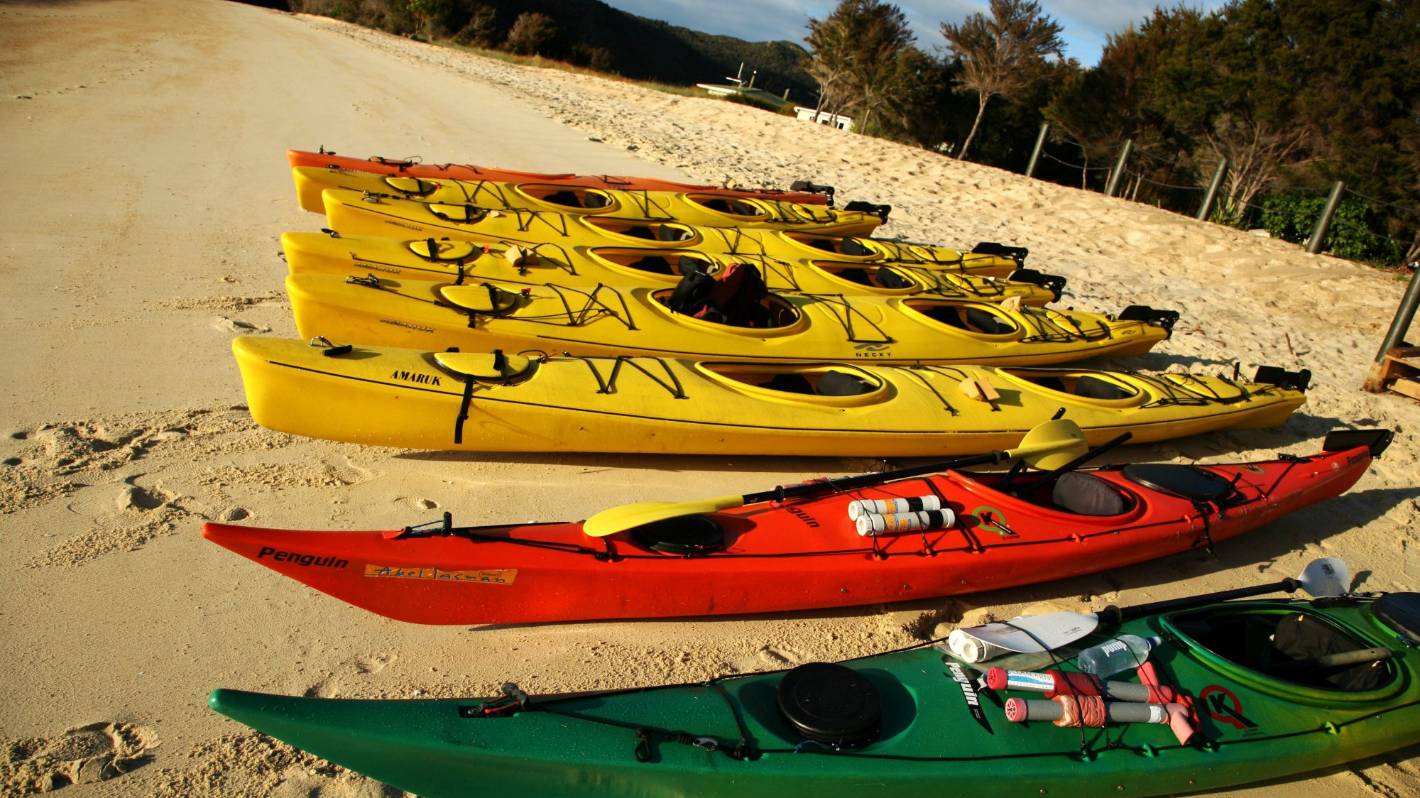 Passengers booked on now-cancelled cruises around New Zealand will get full refunds, but tourism businesses will still be thousands of dollars out of pocket.

French cruise line Ponant this week dropped plans for seven trips by Le Lapérouse after being refused visas for 61 of its 90 crew, and it expects to have all refunds or credits processed by the end of March.

A top end cabin for two on a 10-day cruise cost $65,000, and businesses running shore excursions for the more than 650 well-heeled Kiwis the vessel was to carry over the coming months had high hopes their spending would help offset the lack of overseas visitors.

Wild Earth Travel had chartered Le Lapérouse and co-owner Aaron Russ estimates the time put into organising and marketing the voyages had cost his company cost well over $100,000, but he said areas they were to visit had lost out too, with Stewart Island due to host the vessel four times.

For Nelson couple Elissa​ Menzies and Zane Kennedy, the loss of a day tour for 50 people around local wineries, art galleries and nature spots represented $15,000, which was 75 per cent of their income for March.

Kennedy said their Wine, Art and Wilderness tour would have benefited more than a dozen other businesses in the region, and the lunch stop alone was worth about $2500 to a local restaurant, with wineries likely to have done well too

“Some of them would have sold up to 300 bottles of wine to those 50 visitors.”

Kennedy said they had also missed out on other private tours Le Lapérouse passengers had booked at the end of their cruises, and he now was working full time in landscaping to assist with their finances.

“We haven’t taken a cent out of the business since March last year.”

Wilsons Abel Tasman was due to run kayaking activities for a cruise visit and chief executive Darryl Wilson said the cancellation was very disappointing.

“It meant another day of visitor operations which is a rare thing for us at this time of year in the current environment …it was green shoots.”

For Ports like Timaru and Gisborne, Le Lapérouse was going to be the only cruise ship they saw all summer.

Dive Tatapouri owner Chris Savage said Gisborne was supposed to get about 20 cruise ships this season, and they were looking forward to welcoming passengers on their stingray tours during a quieter time of year.

Heritage Expeditions co-owner Nathan Russ talks about the work his company did to gain government approval to operate the first expedition or cruise ship in New Zealand since lockdown (first published November 2020).

Wild Earth Travel’s sister company, Heritage Expeditions, got permission to operate small scale cruises around New Zealand and the sub-antarctic islands on Spirit of Enderby, with nine completed so far, and another 11 to go.

Because he had gone through the process of getting a Maritime Border Order exemption from the Director General of Health, Heritage Expeditions co-owner Nathan Russ had assisted Ponant with its application.

He said he believed Immigration NZ’s (INZ) decision to decline visas for foreign crew members on the French-owned vessel was “political”.

Russ said visas for the Russian crew members on Spirit of Enderby came through while they were in transit from Vladivostok.

“The overarching difference is that we had a crew of 22, Ponant had a crew of 90 … I think it was a political decision, they don’t want touring cruise ships here in New Zealand.”

Just five of the 22 Spirit of Enderby crew were involved in looking after its 50 passengers, compared with 61 for up to 100 passengers on board Le Lapérouse.

INZ ruled that those 61 hotel-type roles could be done by New Zealanders, so it refused to issue them with visas on the grounds that they were not “critical” workers.

That forced Ponant to turn back to Noumea where the ship will remain until a decision is made on its future schedule.

Home Videos The WORLD of WINE – Wine News. Cheap wine, tasting notes and cooking with wine The World of Wine – May 2021 … END_OF_DOCUMENT_TOKEN_TO_BE_REPLACED

How to visit Napa Valley on a Budget. In this video Carson and I explain a few ways to enjoy Napa on the cheap. Tip and advice about how to visit Napa … END_OF_DOCUMENT_TOKEN_TO_BE_REPLACED

Home Videos Get To Know Argentina Wine | Wine Folly If you love Malbec, Argentina is your ultimate wine region. But that’s not … END_OF_DOCUMENT_TOKEN_TO_BE_REPLACED