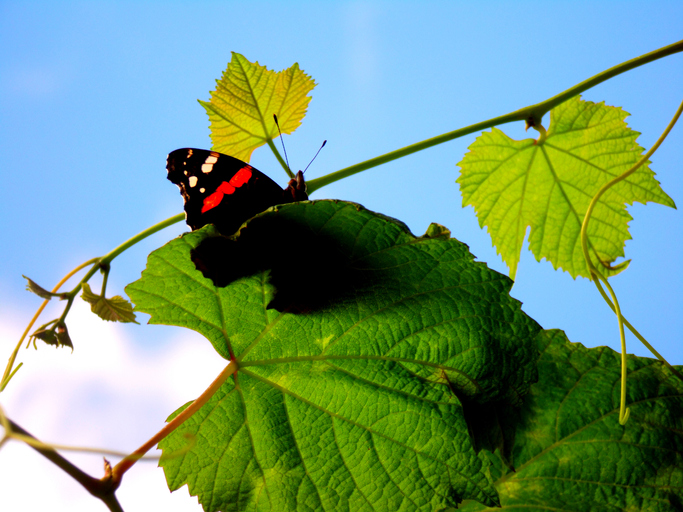 Sam Hellyer, head of wine and spirits at Chiswick Auctions, counts 10 years at Oddbins as part of a varied résumé where he headed up the Fine Wine branch in Oxford.

Here, he looks at the similarities of Covid-19 and Phylloxera. Though these two diseases sit over 100 years apart, they have had had almost immeasurable impacts on the wine trade, not least because of the gregarious nature of wine, with the sharing of people, ideas and techniques key to health and longevity.

Anyone who’s ever read a book about wine, watched a documentary about wine or had a friend who talks about wine more than anyone really cares to listen, will have heard of Phylloxera. Or to give it its full name, Phylloxera vastarix. Although somehow, giving the disease its full name seems to weaken its impact. Despite vastarix meaning ‘the destroyer’, it makes it sound like a friend of the Gallic cartoon characters Obelix and Asterix. In the same way, Covid-19 sounds less impactful than just Covid, as if it were a franchise far into its dwindling twilight of infamy. But abbreviated names bearing a greater weight of fear than their longform is just one of several similarities. As an allegory of hope and optimism, I’d like to share with you the tale of Phylloxera in comparison to Covid.

It’s important to realise the impact of this vinous nemesis. In the 1800s Phylloxera came within a hair’s breadth of wiping out winemaking in western Europe. I’m not claiming that Covid has come within a hair’s breadth of wiping out humanity, but it’s impact won’t be dissimilar. In the same way, winemaking wouldn’t have been truly wiped out. Patches of vines still exist today that have been spared Phylloxera. Chile boasts many vineyards that have remained untouched, shielded, island-like, by mountains and oceans. But the cultural change in the wine world is one to take note of.

Phylloxera is an aphid-like creature with a fast changing and multi-faceted life cycle (an 18-stage lifecycle). Its most devastating stage is just after it hatches when it is on the roots of vines. It starts to feed, larvae slaking their thirst on the roots of a vine, vampirically draining its life to sustain themselves. This hurts the vines, but worse, it leaves open wounds to become infected. From there it climbs above ground and continues its other 16 life stages beyond egg and larvae.

Knowing this, you have to wonder how come it didn’t wipe out vines long ago. Simple really, there was an ocean and some time in the way. Much as Covid had existed in another population of mammals for a long time, and relatively innocuously for humanity, Phylloxera lived in North America, feasting on vines roots and living out its lifecycle in some sort of harmony. American vines are not the cultured and expressive vines of Western Europe. Their grapes are not able to create the expressive, thought-provoking wines that can be created from Vitis Vinifera. In fact, the American vines were hardy. They resisted infection and their roots gave off a sap when bitten into that trapped the larvae. Though their produce was less subtle and artistic, there were still winemakers who wanted to try the hardy but brutish American vines in the subtle and thought-provoking soils of France. This sort of experimentation went on for decades without incident. Phylloxera couldn’t truly take hold until the transport routes became so fast that it was still in one of its multi-stage lifecycles where it produced eggs when it arrived. For decades until then, the bug had simply died on route, robbed of some key requirements to reproduce that simply couldn’t be found on board ship.

In the same way, if Covid had emerged in a time of less global connectivity then it could have been easier to isolate. Its spread would have been slower, our reaction seemingly quicker as it crawled around the world on ships while small quantities of international jet setters fell ill. Maybe this comparison is naïve. The swift response of pharmaceutical companies has been impressive, so we can’t know what could have been. What we do know however, are the failures of another group.

With Phylloxera, stigma was one of the most noxious elements of the spread of the disease. It became apparent in the Languedoc and Bordeaux that something was starting to go wrong. Vines became less productive, the grapes less well fed, smaller yields and less flavourful wines produced. The winemakers said nothing. They discarded the low-quality juice, pulled up weakening vines, and pretended everything was just as it had been. These deniers claimed everything was fine – that there was no cause for alarm – and that other vineyards which were reporting a blight were obviously failing in their own vineyard hygiene. In short, it was nothing to worry about.

Many of these winemakers were slow to react, and pretended it affected everyone but them. Like an island nation insisting that its slow response to a growing number of infections was rational – even while other nations began to lockdown and take drastic steps to curb their own blossoming infection rates – in places like Bordeaux and the UK, each ended up with some of the most severe attrition rates from each disease.

The key driver in both of these cases was economic stability. Neither Bordeaux, with its large export market or the UK with its claims of being “global market hub” could allow reality to shatter perception. Gambling everything on the ostrich approach of damage protection somehow seemed logical.

A few years on, after Phylloxera was finally being recognised and exposed in France’s most important regions, drastic steps were taken. Research began to show that the problem lay on the roots of the vines, so winemakers flooded entire vineyards to drown the nascent bugs. Vintages were drowned with the larvae, which would have been worth it, had it worked. Phylloxera may live on the roots, but it mostly spreads through human contact. Workers at one vineyard, using tools, wearing the same boots between vineyards – that is how Phylloxera spreads. Flooding only slowed the spread, as restricted and locked down to some isolated locations. But due to economic factors such as skilled seasonal labour moving from vineyard to vineyard, humans resumed the spread as soon as these hydrological lockdowns eased.

Fruit withering, vineyards dying in patches due to a lack of sustenance, entire regions submerged under an oppressive weight in an effort to subdue the invader. Winemakers and landowners blaming the workforce they rely on. Does this sound familiar? It isn’t a far cry from where we are currently, and isolation is an easy concept, huddling around the fire and turning away anyone else who comes near seeking refuge from the cold.

The analogy could be stretched to breaking. But the point is to highlight one simple threat in both instances: the diminishment of culture. When your livelihood is threatened by exposure to cultures, then you must seal yourself away, turn away those you used to welcome, be it vineyard workers bringing stories of other regions and knowledge that you can co-opt into your work. Or if you simply can’t go to the cinema, a gig, the opera, whatever brought you stories from another mind. Cultural isolation seems like the natural response to this kind of threat, but the cure to Phylloxera shows how backwards this response can be.

For Phylloxera, the solution was the roots of American vines. They were different enough from Vitis Vinifera to be resistant to Phylloxera, but not so different that they can’t act as a donor, supplying vital materials to bolster the immune system of their European cousins. It took decades to grow the surrogate roots and graft millions of vines onto them. A herculean effort of cross-cultural co-operation with bureaucracy and road-bumps aplenty. Of course, Phylloxera continued its spread across the world, so this method of inoculation-through-grafting was shared and enacted worldwide. In some rare instances careful maintenance and extreme vigilance has kept isolated areas free from infection without grafting.

In my role, I see wine as a culturally active and vital artwork that sustains debate, relieves stress, encourages discourse and generally makes people happy. It only exists because of cultural transposition, the sharing of knowledge between a relatively small network of vineyard owners and wine makers. This knowledge is gleaned from years of study and hard work, but also from the ground up, literally in the case of vines and figuratively in the case of a workforce that moves with the seasons. The greatest winemakers still work alongside the pickers, they monitor the vines and the winery, working shoulder to shoulder with imported skill and holders of first-hand knowledge. This gets transposed into wine-speak, passed both into bottle and into the ear of other winemakers. Never does the ostrich-approach work to further winemaking skill. It is a mongrel creation of sturdy body and romantic heart. If this network and willingness to adapt hadn’t existed, then wine would have been wiped out by a pernicious plague. We might all be drinking the rough produce of other vines that weathered phylloxera, but the great wines would be far fewer, the great producers a mere slither of the wine-population. We would have survived, but we would have been diminished.

As we come out from the submersion of a lockdown, we have to look at where grafting new material can take us. The world will be different. Should we remain at home and stream culture straight to our living room? Of course we should. The infrastructure has been bolstered to the point where it would be madness not to enjoy this new avenue of introspection. But we must remember where we were and what we were working toward when we were swept away. During this pandemic we have learned that within large cultures there is a vital otherness that must be welcomed and looked upon for guidance. Those who come to help us harvest carry culture and knowledge which must be respected and observed, not absorbed and homogenised. Most of us will be changed, strengthened with new material and able to carry on and rebuild what we had.

The moment I’m offered a vaccine I will take it, I will go back out into the world and mix, learn, listen and absorb culture from others, be it at concerts, theatres, parties or dimly lit rooms. Life is as varied as vineyards, probably more so, but I lack the imagination to comprehend that. What I find re-assuring is that I’ve read about devastating diseases before, I’ve heard how they nearly destroyed one of the things I hold dearest, and I know that they failed because humanity is a varied thing, with a resilience of culture built from its disparate nature.

We will be ok, and once we are, we must have fun again, because wine is fun, in its purest and basest forms. As are we.

Home Videos The WORLD of WINE – Wine News. Cheap wine, tasting notes and cooking with wine The World of Wine – May 2021 … END_OF_DOCUMENT_TOKEN_TO_BE_REPLACED

How to visit Napa Valley on a Budget. In this video Carson and I explain a few ways to enjoy Napa on the cheap. Tip and advice about how to visit Napa … END_OF_DOCUMENT_TOKEN_TO_BE_REPLACED

Home Videos Get To Know Argentina Wine | Wine Folly If you love Malbec, Argentina is your ultimate wine region. But that’s not … END_OF_DOCUMENT_TOKEN_TO_BE_REPLACED