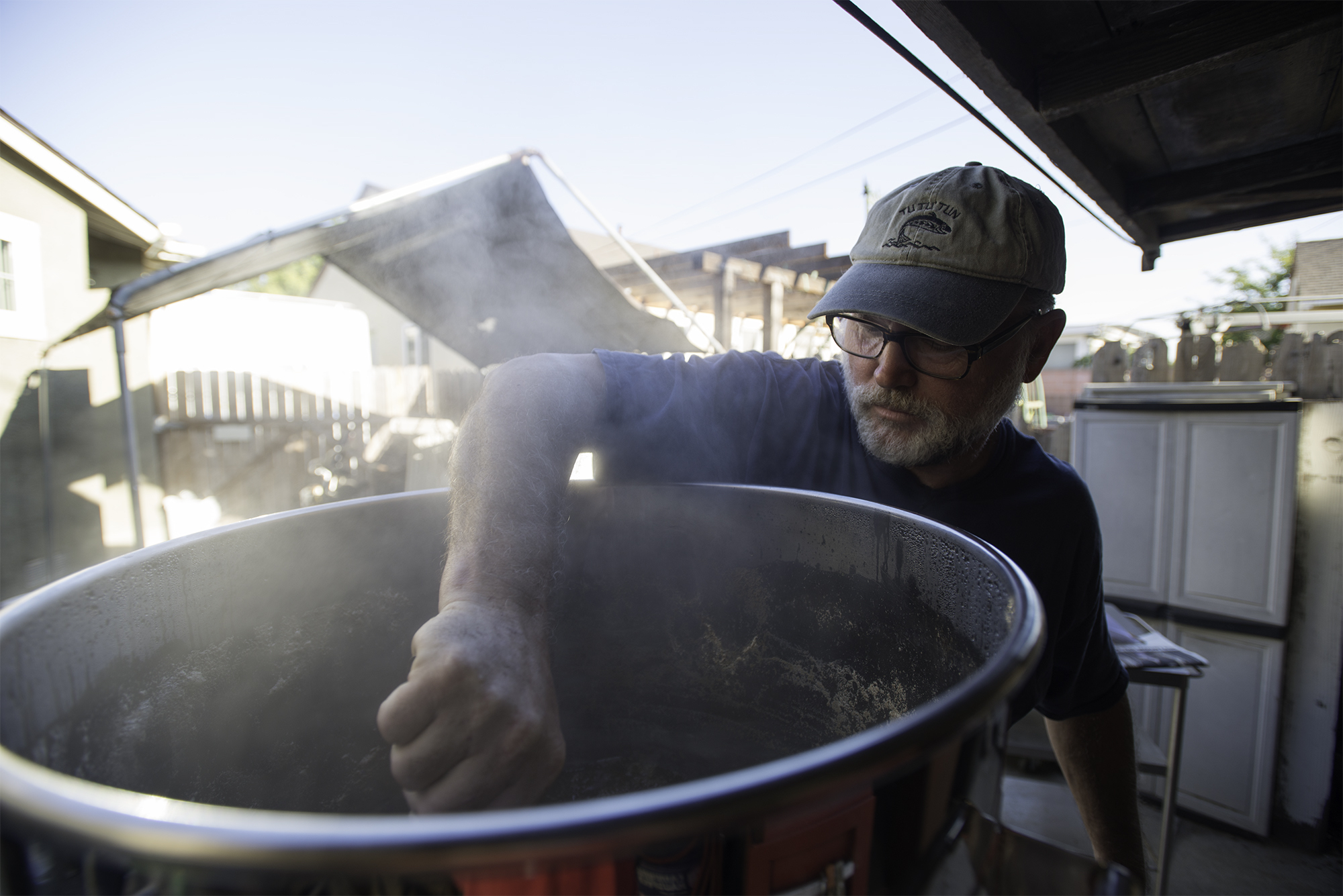 Coming down from his last film “Touch the Wall” (2014), an acclaimed documentary about two Olympic swimmers from Colorado, Brock admitted that his next film would have to be something closer to home so that he could be more present in his young daughter’s life.

He had a few ideas floating in his mind. But brewing? It hadn’t even made the list.

The local documentary filmmaker first thought he’d dive into the history and process of making wine (he’s been mostly a wine drinker all his 56 years) or delve into the fresh world of cannabis farming. Then there was the idea about what makes country music songwriters tick.

But a lightbulb went off in his mind one day when he discovered the mad backyard scientists of the Long Beach Homebrewers, a tight-knit local brewing community where its members convene once a month to sip their homebrews and share recipes.

“I just thought, wow, that sounds pretty awesome, I wonder whether that’s the way the craft beer movement started,” he said. “And it turns out, through research, that’s exactly what happened.”

He attended the first meeting incognito, posing as a “newbie” homebrewer looking for some creative tricks of the trade. There he met Dan Sundstrom and his son Jesse, who he overheard were in the process of opening their first brewery, what would later become Ten Mile Brewing in Signal Hill.

“Brewmance” follows the journeys of Ten Mile Brewing and Liberation Brewing Co. from their discovery of homebrewing to their escapades while they attempt to take their backyard hobby and level up to beer entrepreneurs.

As we follow the inevitable ups and downs of our local homebrewers building their breweries from the ground up, the film also recounts the rise of the U.S. craft brew movement of the 1970s and ‘80s through interviews with some of the forefathers of craft brewing, including Anchor Steam’s Fritz Maytag, Sierra Nevada’s Ken Grossman, Sam Adam’s Jim Koch and Charlie Papazian, considered to be the godfather of craft brewing.

After three years of filming (over 600 hours of footage), 18 months of editing, plus a pandemic tacked on top, “Brewmance” was finally released April 14 and, more recently, made available for streaming on Amazon Prime June 11.

On Saturday, July 31, “Brewmance” was publicly screened for the first time at Liberation Brewing Co. to an audience of about 70 guests, including friends and family of the film’s protagonists. Those in attendance experienced the film as Brock had intended it: with lots of beer to go around.

For the occasion, Liberation Brewing Co. brewed a wheat lager they named “Essential Insanity,” arguably the quality all homebrewers must possess to brave the haphazard path of launching their own brewery.

It wasn’t easy having the cameras around, Dan Sundstrom said of the experience, and his family had a tougher time adjusting to the cameras than he had (he was a food photographer in the ‘80s and worked in film). But overall, he said, the film was positively received.

“I absolutely loved it, you know, it really tells the story of beer in America. And it being a kind of truly American thing,” Dan Sundstrom said of the film. “It used to be that America was like the laughingstock of the world when it came to beer.” 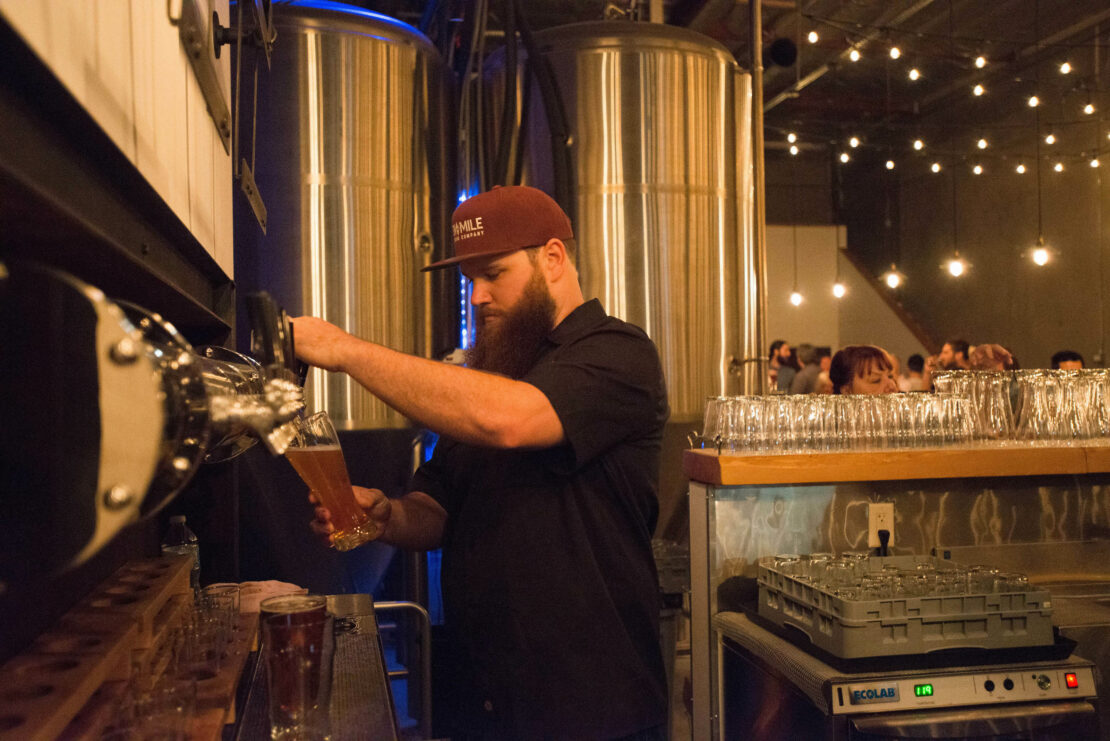 Brock expanded on this by explaining that craft brewing was born out of a “wasteland of beer,” dominated by the industry giants (Budweiser, Coors, Pabst) who had set the status quo for beer. Namely, muted lagers.

“And it was this kind of rebellion on the part of certain rascally homebrewers who said, ‘screw that, that beer sucks, I’m gonna make beer that tastes good and that I want to drink,’” Brock said.

“Brewmance” is a palatable film that breaks down the complexities of brewing for the average viewer, but honest and entertaining enough for the pros who are likely to commiserate and celebrate with their on-screen comrades.

And for locals, the coming up story of the beloved breweries will fascinate viewers and perhaps conjure some wistful emotions as the movie is a golden snapshot of a localized industry in full swing, cut short by the COVID-19 pandemic.

Brock said he hopes to show the film at the Art Theatre of Long Beach in the coming months. The film is also available to stream on iTunes, Google Play, Vudu or Amazon Prime. Click here to find a streaming platform.

Home Videos The WORLD of WINE – Wine News. Cheap wine, tasting notes and cooking with wine The World of Wine – May 2021 … END_OF_DOCUMENT_TOKEN_TO_BE_REPLACED

How to visit Napa Valley on a Budget. In this video Carson and I explain a few ways to enjoy Napa on the cheap. Tip and advice about how to visit Napa … END_OF_DOCUMENT_TOKEN_TO_BE_REPLACED

Home Videos Get To Know Argentina Wine | Wine Folly If you love Malbec, Argentina is your ultimate wine region. But that’s not … END_OF_DOCUMENT_TOKEN_TO_BE_REPLACED