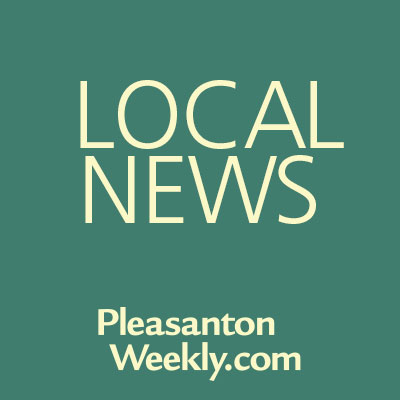 The Vineyards Healthcare Center in Livermore was No. 9 among skilled nursing facilities with the most resident cases of COVID-19 in Alameda County, according to data from local public health officials on Monday.

In total, 53 resident and 38 staff cases at The Vineyards are listed on the Alameda County Public Health Department website as of Monday afternoon.

There has been at least one resident death at the facility attributed to COVID-19, but none among employees to date. The public data does not include an exact number of cases or deaths if a facility has 10 or fewer on record (otherwise it is tracked as “less than 11,” with no precise number as a “de-identification” strategy).

Representatives of The Vineyards did not respond to request for comment as of Monday afternoon.

Though the only facility in the Tri-Valley currently in the top 10 for most COVID-19 cases among residents in skilled nursing facilities countywide, several other nursing homes in Livermore and Pleasanton have reported cases and deaths as well. In all but one facility, resident cases outnumbered employee cases.

Pleasanton Nursing and Rehabilitation Center remains just outside the top 10 most COVID resident cases in an Alameda County skilled nursing facility. The center is currently No. 11 with 51 resident cases and 49 employee cases — most of which happened during an outbreak of more than 90 cases in the facility this summer.

More recent cases have been reported, but Pleasanton Nursing and Rehab officials had not responded to a request for comment.

Twelve resident deaths are also documented for Pleasanton Nursing and Rehab, which date back to the summer outbreak. The death of one employee due to COVID-19 was confirmed around the same time; the facility’s death count is still reported as less than 11 so an exact total remains unclear.

Four other Tri-Valley skilled nursing facilities are listed farther down on the list of more than 70 in Alameda County, including Stratford Villa Post Acute in Livermore at No. 32 with 22 resident cases and less than a dozen employee cases. Stratford Villa has had at least one resident death, however, but none among staff members.

Valley Memorial Hospital Skilled Nursing Facility — also in Livermore — was listed at No. 42, but had no recently reported COVID cases for any residents or staff. In Pleasanton, CreekView Health Center made the list at No. 60 with at least one resident cases, 16 employee cases and no deaths at all.

There are 1,645 skilled nursing facility resident cases in Alameda County, as well as 187 resident deaths attributed to COVID-19.

Sunrise of Pleasanton administration informed resident families last week that one employee assigned to the Terrace Club Neighborhood tested positive for the virus. No other residents or employees had symptoms, and all were set to be tested.

More broadly, the total number of COVID cases in the city of Livermore, including skilled nursing facilities and other residents, is nearly double that of Pleasanton. The current count is 2,520 cases compared to 1,306 in Pleasanton, while the city of Dublin currently has 1,113.

Home Videos The WORLD of WINE – Wine News. Cheap wine, tasting notes and cooking with wine The World of Wine – May 2021 … END_OF_DOCUMENT_TOKEN_TO_BE_REPLACED

How to visit Napa Valley on a Budget. In this video Carson and I explain a few ways to enjoy Napa on the cheap. Tip and advice about how to visit Napa … END_OF_DOCUMENT_TOKEN_TO_BE_REPLACED

Home Videos Get To Know Argentina Wine | Wine Folly If you love Malbec, Argentina is your ultimate wine region. But that’s not … END_OF_DOCUMENT_TOKEN_TO_BE_REPLACED