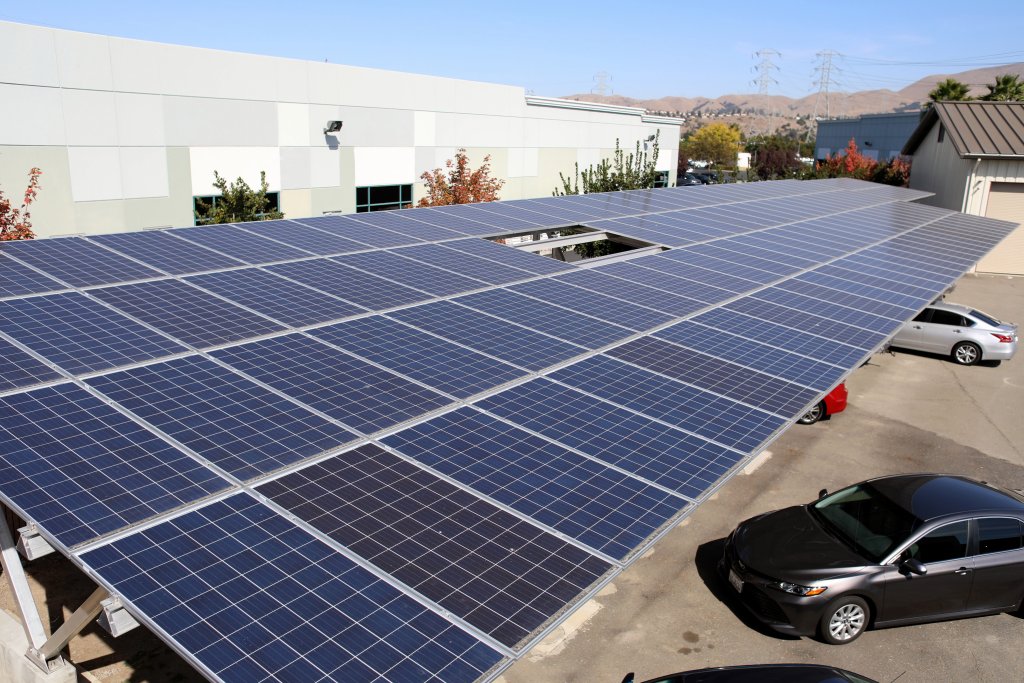 LIVERMORE — Opponents of Alameda County’s largest approved, 350-acre solar panel project have filed a lawsuit against the county, asserting that the project is a violation of a voter-passed measure.

Ranchers, farmers and environmentalists, including Save North Livermore Valley, Friends of Open Space and Vineyards and the Ohlone Audubon Society, maintain that the Aramis Renewable Energy Project, by Intersect Power, would tarnish the scenic character of rural North Livermore Valley and conflicts with Measure D, which county voters approved in 2000. The lawsuit is filed against Alameda County and also names Intersect Power.

The Alameda County Board of Supervisors approved the 350-acre, 300,000-panel project in the unincorporated area north of Livermore in March.

Measure D aims to prevent development from sprawling to eastern Alameda County by restricting development and protecting agriculture, open space and wildlife. Opponents argue that industrial solar operations aren’t compatible with agriculture and Measure D mandates that any proposed changes to land use must be approved by residents.

Chris O’Brien, chairman of the Save North Livermore Valley, called Measure D the “greatest environmental achievement in our county’s history.”

It alleges that Alameda County and Intersect “have abused their discretion and failed to proceed in a manner required by law.”

“North Livermore is particularly important in terms of its heritage of grazing cattle, scenic areas, and habitat for threatened and endangered species. While we support the need for renewable energy to combat climate change, we cannot justify allowing solar projects to destroy the environment in the name of protecting it,” said Tamara Reus, president of the Friends of Open Space and Vineyards board in a statement.

When complete, Intersect Power said its 100-megawatt solar farm near Livermore would be the largest in the Bay Area. The company says the solar farm will have about 300,000 solar panels and if all goes well, construction could start in mid-2022 and operations could begin by mid-2023.

Supervisors approved of the project after a 10-hour special meeting March 4 that included 80 public speakers who evenly split being for and against the project. Although the project had been approved by the East County Board of Zoning Adjustments in November, Intersect Power appealed, because of conditions imposed, such as bigger distance setbacks than proposed and a requirement that it plant olive trees or vineyards on the property.

Other groups, such as the Friends of Livermore, Save North Livermore Valley and Friends of Open Space and Vineyards, also filed separate appeals. The supervisors denied all the appeals and upheld the conditions, with some minor changes.

During the March meeting, opponents of the project called for the board to not take any action until the county could craft a policy saying where large-scale solar projects should go, if anywhere. The county indicated such a policy would take at least 90 days to research and draft.

In September, now-former Supervisor Scott Haggerty and Supervisor Nate Miley agreed the county needed a clear policy on large solar projects and where they could be located. They also asked the county staff to craft a policy for the full board to consider later. Newly-elected Supervisor David Haubert, who replaced Haggerty and whose district includes this land, is said to have promised a moratorium on new solar plants on agricultural land until the county completes a study on the appropriate scale and operation of solar power farms, according to Save North Livermore Valley. Although at the March meeting Haubert said he would continue to support such a policy, he voted to reject the appeal, therefore approving the project.

Intersect Power’s Marisa Mitchell told supervisors in March that the 90-day delay would “kill this project and all its benefits.”  When asked by this newspaper in March if a lawsuit could delay the project enough to kill it, Mitchell said in an email, “We are unable to speculate what the impact could be at this time.”

As part of its solar project, Intersect Power plans to continue some agricultural practices of the area. That would include beekeeping, keeping a chicken flock to produce eggs and sheep grazing. The company will also dedicate an easement of the property for a public hiking trail, likely to be managed by either the Livermore Area Recreation and Park District or the East Bay Regional Parks District.

Neither Intersect Power or Alameda County Counsel could be immediately reached for comment.

Home Videos The WORLD of WINE – Wine News. Cheap wine, tasting notes and cooking with wine The World of Wine – May 2021 … END_OF_DOCUMENT_TOKEN_TO_BE_REPLACED

How to visit Napa Valley on a Budget. In this video Carson and I explain a few ways to enjoy Napa on the cheap. Tip and advice about how to visit Napa … END_OF_DOCUMENT_TOKEN_TO_BE_REPLACED

Home Videos Get To Know Argentina Wine | Wine Folly If you love Malbec, Argentina is your ultimate wine region. But that’s not … END_OF_DOCUMENT_TOKEN_TO_BE_REPLACED