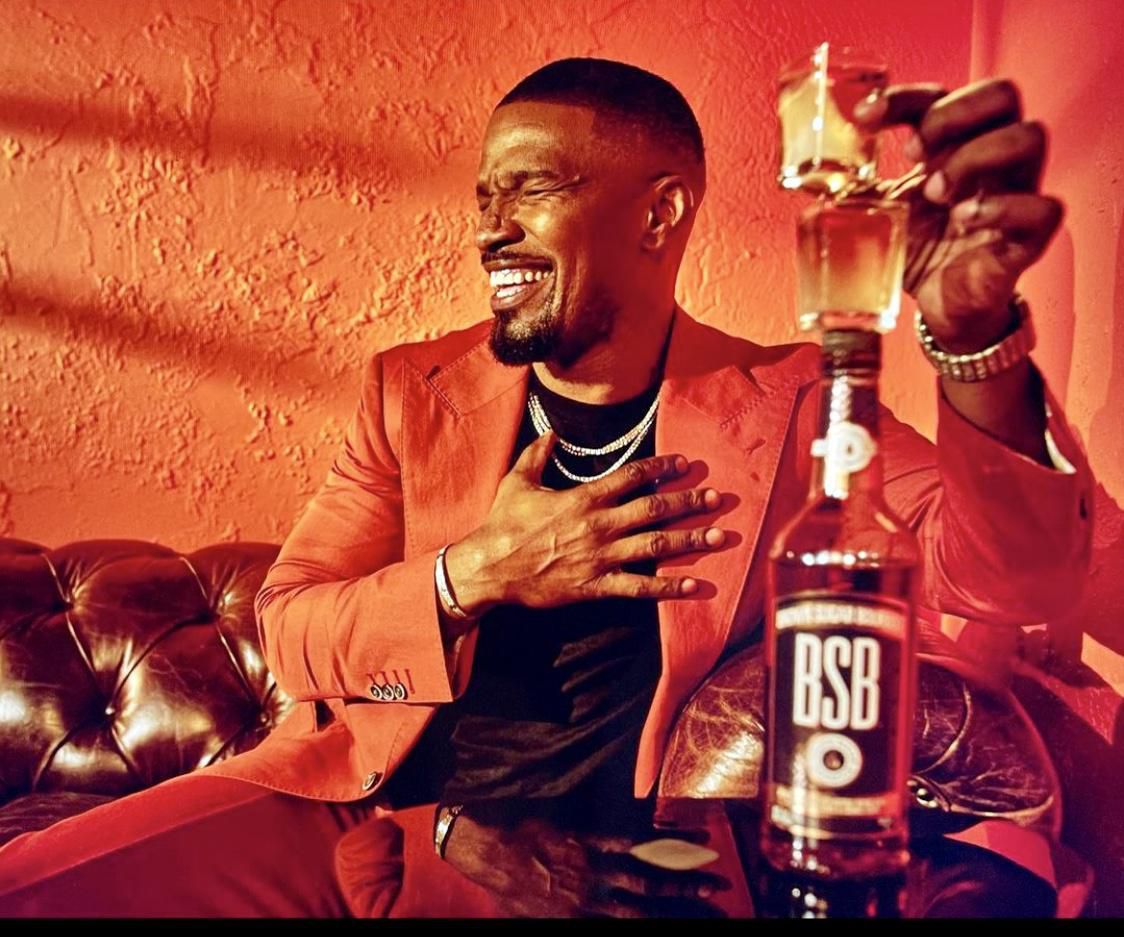 When news broke last week that Academy award winner Jamie Foxx bought a wildly popular spirits brand, the celebratory congrats stacked up quickly on the charismatic star’s social media. Foxx laid out his big announcement about scooping up BSB, aka Brown Sugar Bourbon in an Instagram post: “Y’all ain’t ready, but I am. It’s been a long time coming… you can blame it on the Brown Sugar Bourbon.”

We spoke with the co-founder of the craft distillery in Washington state that created this red hot, groundbreaking bourbon brand to get the details on what makes BSB so special.

Meet the team behind BSB

A little more than a decade ago, Justin Stiefel and his wife, Jennifer, were living in Washington D.C. while he worked for Alaska’s senators, Lisa Murkowski and Ted Stevens. An attorney and chemical engineer, he was a liaison representing the 49th state’s energy interests.

Life was good, but the couple eventually longed to relocate with their three children to the Northwest, where they had family. After making the move to the West Coast, instead of going the traditional route in searching for a new job, the two turned entrepreneurs. After a brainstorming session around a campfire, the couple developed a business plan to launch a craft distillery and a short time later, Heritage Distilling Co. debuted. Its credo: Every spirit tells a story.

“In 2009, the state made it legal to operate distilleries. Before that, it was all about beer and wine,” Stiefel said.

Producing spirits offers distillers a lot more freedom than making wine or brewing beer, he explained: “You can take any grain or any fruit and create any kind of spirit.”

While the operation produces a number of top-shelf, traditional spirits, Heritage Distilling successfully carved out some unexplored territory in that category, developing an extensive lineup of flavored gin, vodka and whiskey, all made in-house. We’re talking vodka that tastes like bacon, lavender, coconut and ghost pepper. “We’re never going to make a cotton candy flavored vodka,” Stiefel explained. “All the flavors are natural.”

When a large retailer approached the company, requesting a flavored bourbon a few years ago, the research and development team set out to create something completely novel.

“There was nothing on the market like it,” Stiefel said. “There are bourbons flavored with honey and cinnamon, even peach, but nothing with brown sugar.”

Various batches were floated and the results of extensive tastings and testing with consumers led to the runaway hit now known as BSB. “I’ve yet to find a single person who doesn’t like brown sugar,” Stiefel said.

Unlike traditional bourbon, which typically ages in charred oak barrels for various periods of time, BSB is straightforward to make. It’s a smooth, slightly sweet sipper that’s aimed squarely at an audience looking for a fun entry into the bourbon category. “This isn’t for the drinker who’s going to pour it over ice and describe the esoteric nuances of the complex flavors in the glass,” Stiefel said. “It’s all about having fun, being relaxed.”

Not that it’s without its slow bourbon burn and top-shelf quality controls. The brand debuted in 2018 and was an instant sensation, picking up prestigious awards along the way. “It was awarded best flavored whiskey at the World Whiskies Awards two years in a row,” Stiefel said.

When one of its biggest fans approached the team at Heritage Distilling about buying the brand, that was the best kind of affirmation of their vision. “Jamie Foxx is not just going to be a brand ambassador, he’s very invested in building on BSB’s momentum. That’s what makes it so exciting. I’ve never met anyone who works as hard. We’re looking at a national brand that’s got a real shot at becoming a global brand,” Stiefel said.

The BSB brand became an independent entity in 2019, but the Hertiage Distilling Co., will continue to be involved in production under Foxx’s leadership.

“We think of BSB as a teenager,” Stiefel said. “You hope you’ve prepared them for success when they turn 18, hope they go out in the world big enough and strong enough to do great things.”

Heritage Distilling Co., isn’t slowing down to soak up the glow from this huge milestone.

The ever-expanding operation is soon set to release a lineup of canned cocktails, developed by its in-house mixologists. Gin Jam Fizz and Blood Orange Margarita are just the beginning of what promises to be another initiative that turns into a runaway hit.

When the pandemic put a pause in its popular My Batch program — hands-on, educational workshops that send students home with a couple of bottles they’ve blended — the team shifted its focus to creating a to-go cocktail program for its tasting rooms. There are also DIY cocktails kits available on its lineup of merch sold on the robust Website.

Heritage Distilling’s genial tasting rooms — now in several locations, including one in Eugene, Ore., — were created with an aesthetic that’s reminiscent of the best of brewery taprooms and the kind of experience you’d expect at a winery. The rewards for these efforts have resulted in booming sales and fierce brand loyalty.

A historic partnership with the Chehalis Indian Tribe to open a collaborative production facility made national headlines, including a piece last spring in Forbes: The Inside Story of the Nation’s First Native American Distillery.

And there are more big plans on the horizon that Stiefel’s not ready to talk about just yet.

There’s one steady constant through the company’s nearly 10 years in business, though: “We’re very customer-driven. We listen to what people want,” Stiefel said.

When one of those customers wants to buy your most high-profile brand? Well, that’s pretty sweet.

Home Videos The WORLD of WINE – Wine News. Cheap wine, tasting notes and cooking with wine The World of Wine – May 2021 … END_OF_DOCUMENT_TOKEN_TO_BE_REPLACED

How to visit Napa Valley on a Budget. In this video Carson and I explain a few ways to enjoy Napa on the cheap. Tip and advice about how to visit Napa … END_OF_DOCUMENT_TOKEN_TO_BE_REPLACED

Home Videos Get To Know Argentina Wine | Wine Folly If you love Malbec, Argentina is your ultimate wine region. But that’s not … END_OF_DOCUMENT_TOKEN_TO_BE_REPLACED