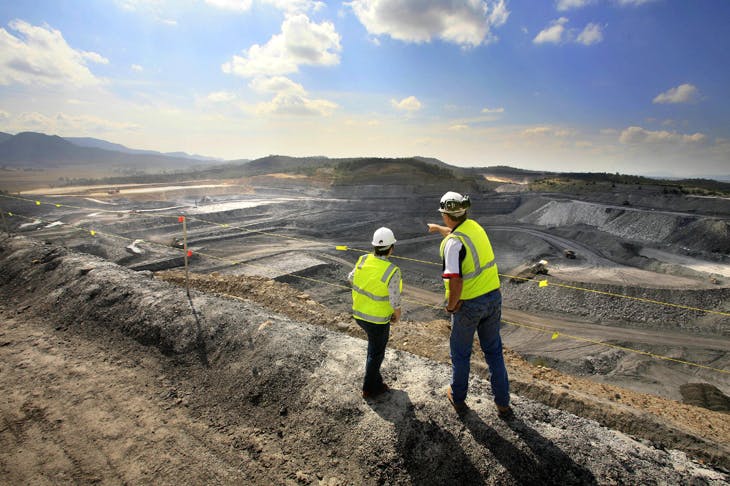 When Newcastle was founded in 1801, known initially as the Coal Harbour Penal Settlement, the convicts found pieces of coal lying on the beaches. This beautiful black resource became the first export commodity of the fledgling NSW colony and ever since it has underpinned the Hunter Valley’s income and prosperity. Today coal mining represents 58 per cent of the economic output of the Singleton and Muswellbrook local government areas – the heart of the Hunter.

Think about that carefully. On average in every street, passing through every district, for three out of five homes, their contribution to GDP is through coal. Forty per cent of all jobs in Singleton are in coal mining. Thirty per cent in Muswellbrook. While most of this thermal coal is exported through the Port of Newcastle, the industry also brings new wealth and opportunities into the region. Each year, mining is responsible for two-thirds of the $5.8 billion worth of imports coming from the rest of Australia into Muswellbrook and Singleton. Seventy per cent of the jobs created by the region’s imports support the mining sector. Coal is a mighty job-generator. Without it the Hunter would be one big Centrelink office, an economic wasteland.

The Americans have a name for this kind of deindustrialisation: Rustbucket Regions, where the parents are unemployed and the kids are on drugs.So far, Australia has been able to avoid this phenomenon. But the Hunter, more than any other region, is at risk.It has a high concentration of the coal jobs that climate change activists like Malcolm Turnbull, Matt Kean, Jodi McKay, Anthony Albanese and Adam Bandt want to destroy with their Net Zero Carbon 2050 plans.

In his infamous letter from Point Piper to the NSW Planning Department trying to stop the Mount Pleasant Mine expansion because it (supposedly) affected his 2,700-acre country estate, ‘East Rossgole’, Malcolm Turnbull said there were 110,000 coal jobs in the Hunter Valley. Interviewed on ABC Radio, his natural habitat, Lord Malcolm said these coal miners could get new jobs breeding horses and making wine. It was arrogance and elitism on steroids. It continues a pattern of economic wreckage from the inner-Sydney, harbour-hugging Left. They have found a God-complex in thinking they can save the world by destroying the Hunter economy. ‘Diversification’ is their buzzword. But recent NSW government and university reports have found a best-case scenario of 6,000 new jobs replacing coal in the Hunter – leaving them 104,000 short. That’s one long Centrelink line.

Two unions, the ETU and AMWU, have been collecting their members’ fees to destroy their members’ jobs.They have formed a so-called Hunter Jobs Alliance (HJA) with LEAN, the Labor Environmental Action Network. This is a group of green activists who want to ban gas appliances in all Australian homes. The HJA is campaigning to end coal mining. Their ‘alternative jobs plan’ includes floating windmills off the coast of Newcastle and filling in disused coal pits to create new water-sports tourism in the Hunter. They must think the mine workers are as crazy as them.We have never seen acts of economic self-harm like it.

Adding to the left-wing God-complex, in 2015 Newcastle Council voted to divest itself of any investments in fossil fuel industries – even though the Newcastle Port’s coal-loaders remain the greatest generator of income and employment in the city. The University of Newcastle displays large advertising hoardings around the city, boasting of its conversion to 100 per cent renewables, even though government revenue from coal, gas and oil continues to fund the university’s existence.

Anti-coal voodoo-economics has no limit. Earlier this month, Richard Denniss, a former advisor to Bob Brown and Natasha Stott-Despoja, and supposedly an economist at the ANU and Australia Institute, developed a fresh new theory about the Hunter Valley. Writing on the Conversation website, Denniss argued that development applications for 11 new coal mines in the Upper Hunter signify a ‘struggling coal industry’. ‘The simple truth is building new coal mines,’ he opined, ‘will make matters worse, especially for workers.’

Let’s call it the Dick Denniss Doctrine: The more companies that want to invest in your industry, the worse it’s performing. One minute the climate change cult is saying coal has no future; the next, coal’s future is too bright. That too many investors want to put their money into mining, and somehow that’s a bad thing. Denniss is an example of what Peter Walsh called ‘the economic fairies at the bottom of the garden’. None of the leftist fairies can say what impact the destruction of Hunter Valley coal jobs will have on lowering global surface temperatures, mainly because the impact is so small it cannot be measured.

In reality, if there is a climate issue it’s a long way from Muswellbrook. Each year China digs out 4 billion tonnes of coal from its own land. The coal exported from the Port of Newcastle (the largest coal port in the southern hemisphere) is just 4 per cent of that total. The net impact of the Turnbull/Kean/Denniss madness is to export Australian jobs to China, while Xi Jinping continues to hold together the legitimacy of his authoritarian regime through mass mining and industrialisation. Talk of China going Net Zero Carbon in 2060 is pure fantasy – a propaganda exercise up there with ‘In China we have a good human rights record’ and ‘The virus did not start here’.

On top of 4 billion tonnes of coal mining, China also produces a billion tonnes of steel, using coking coal (200 times Australia’s annual output). If Turnbull and co. are worried about climate change, they need to take it up with their old buddy Xi, and leave our blue-collar workers alone.

Got something to add? Join the discussion and comment below.

Home Videos The WORLD of WINE – Wine News. Cheap wine, tasting notes and cooking with wine The World of Wine – May 2021 … END_OF_DOCUMENT_TOKEN_TO_BE_REPLACED

How to visit Napa Valley on a Budget. In this video Carson and I explain a few ways to enjoy Napa on the cheap. Tip and advice about how to visit Napa … END_OF_DOCUMENT_TOKEN_TO_BE_REPLACED

Home Videos Get To Know Argentina Wine | Wine Folly If you love Malbec, Argentina is your ultimate wine region. But that’s not … END_OF_DOCUMENT_TOKEN_TO_BE_REPLACED