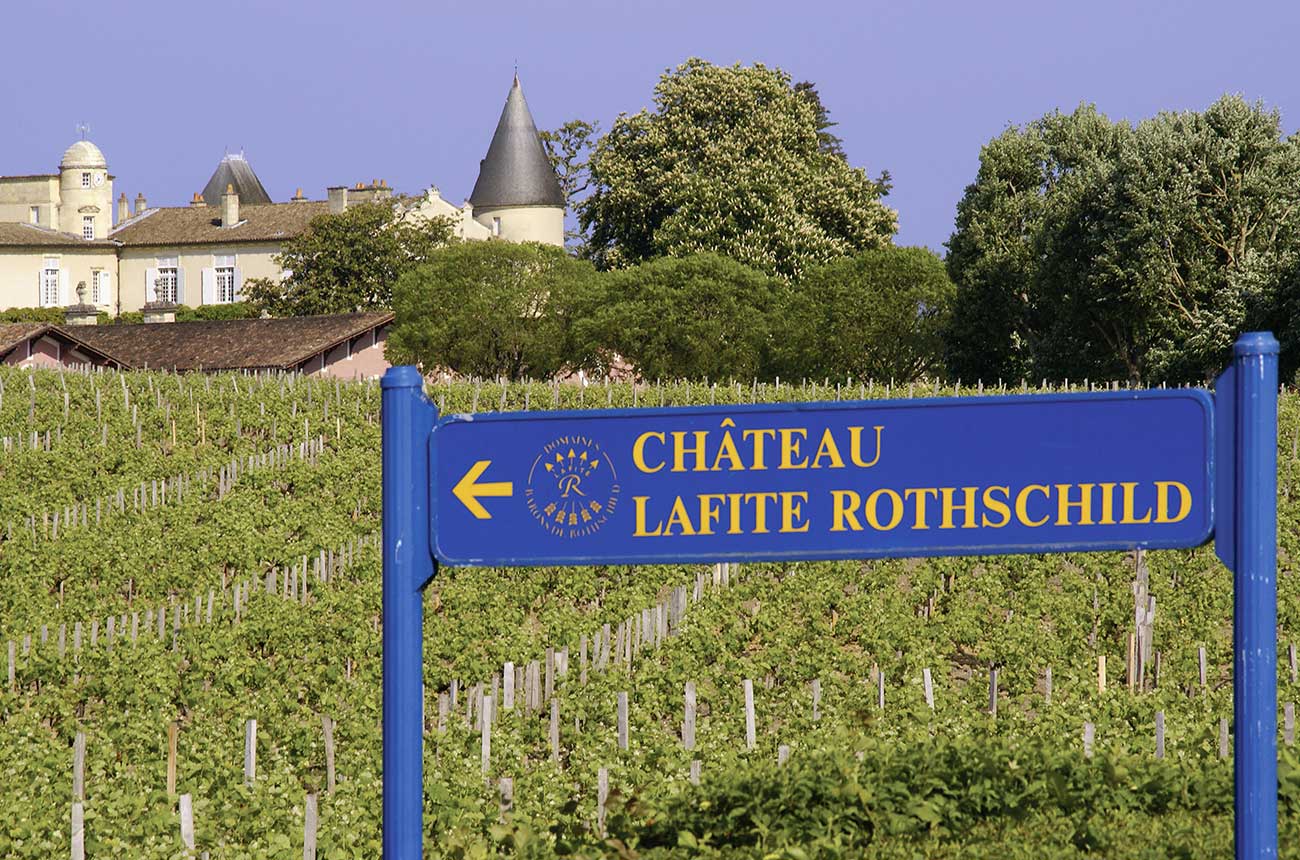 The Pauillac domaine is one of a quartet of châteaux from Les Domaines Barons de Rothschild (Lafite) to confirm their 2020 release prices today (11 June), alongside second wine Carruades de Lafite, L’Evangile from Pomerol and Pauillac’s Duhart-Milon.

An impressed Jane Anson of Decanter gave Lafite Rothschild 2020 97 points, saying: ‘The kaleidoscope of flavours and aromatics that Lafite does so well is fully on display, nothing trying too hard, a velvet texture to the tannins, where the cassis fruit, earth, crushed stone and graphite is held in from beginning to end.’

The international trade is offering the wine at about £490 per bottle, 8% down on the 2019, which has appreciated in value by 15% over the past year, said Wine Lister – which pointed out that the 2020 falls ‘well below’ the market prices of comparable recent vintages, such as 2018 and 2016. ‘This should soar,’ Wine Lister added.

Carruades de Lafite 2020 has been released with a UK merchant price of about £177 per bottle, with Anson praising its ‘ton of impact and intensity’, giving a score of 92 points.

‘As ever with this excellent price performer, the 2020 vintage comes onto the market comfortably under all recent back vintages available, and should be snapped up quickly,’ said Wine Lister.

Anson awarded the wine a high score of 98, calling it ‘gorgeous’ and praising its ‘pristine fruit, silky with a whoosh of menthol’. She added: ‘It elevates over the palate, both dense and light, with blueberry and raspberry fruits, and pulses of bitter almond and honeysuckle on the finish that gives focus and spice.’

Château Gruaud-Larose’s release price of €57.60 ex-négociant translates to a merchant price of about £58 per bottle, about 4% above the current prices of the 2019 and 2018 vintages, according to Wine Lister.

Giving the wine 95 points, Anson described it as ‘a big-shouldered St-Julien, but with a wide nuance of flavours’.

St-Estèphe’s Château Phélan Ségur has been released with a merchant price of about £32 per bottle, said Liv-ex, up 17.4% on the current market price of the 2019 – which it said presented a ‘compelling’ alternative.

Awarding the 2020 wine 94 points, Anson described it as ‘excellent stuff’, adding: ‘The austerity to the tannins works in this wine’s favour, giving a juicy grip to the concentrated blackcurrant and bilberry fruits without strangling them.’

Among other recent releases, DBR (Lafite)-owned Château Duhart-Milon is being offered at about £57 per bottle, 9.6% higher than the current market price of the 2019, with ‘several back vintages’ appearing to offer better value, said Liv-ex.

Finally, Château Rauzan-Ségla from Margaux, scored at 96 points by Anson, is available for about £66.50 per bottle, 11% higher than remaining stocks of the 2019.

*Article corrected to say Lafite Rothschild 2020 is at a significantly lower price than the 2015, not a similar price.

Home Videos The WORLD of WINE – Wine News. Cheap wine, tasting notes and cooking with wine The World of Wine – May 2021 … END_OF_DOCUMENT_TOKEN_TO_BE_REPLACED

How to visit Napa Valley on a Budget. In this video Carson and I explain a few ways to enjoy Napa on the cheap. Tip and advice about how to visit Napa … END_OF_DOCUMENT_TOKEN_TO_BE_REPLACED

Home Videos Get To Know Argentina Wine | Wine Folly If you love Malbec, Argentina is your ultimate wine region. But that’s not … END_OF_DOCUMENT_TOKEN_TO_BE_REPLACED