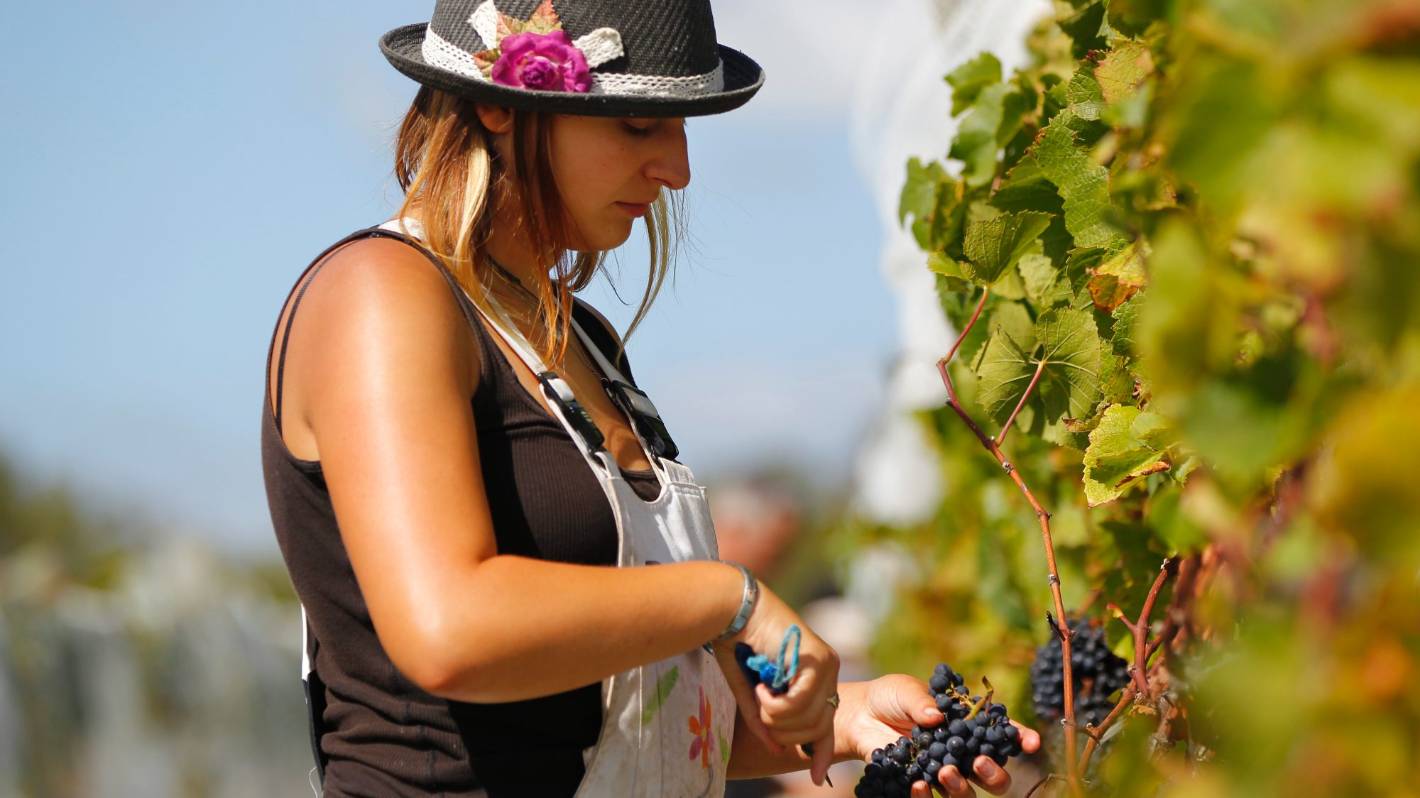 This year’s Wairarapa wine vintage is shaping up to be a good one – that’s if they can get the grapes off the vine.

Home to many boutique wineries, the region relies on teams of temporary workers to handpick the fruit and this year a lack of working holiday staff is putting the squeeze on the harvest.

Larger wine producing areas such as Marlborough and Hawke’s Bay have more RSE workers and use more machine harvesters, but with only one RSE registered contractor in Wairarapa the region usually employs backpackers and locals – both of whom are in short supply this year.

Rowan Hoskins,​ of Escarpment Vineyard in Martinborough, said the wineries were “getting a bit worried” coming into harvest.

“Usually this time of year we have lots of European backpackers floating around and this year we don’t.”

Wineries and contractors were aware of the labour crunch and had been trying to get more staff via advertising and through Work and Income, he said.

“We just don’t have the number of people that we require to do the handpicking in our region.”

The harvest was due to start in early March and run for just over a month.

Viticultural contractors were searching nationwide, but a lack of affordable accommodation in Martinborough also made it difficult to recruit.

Panadda Wall,​ of Wall Horticultural Services, said they didn’t have enough staff for this year’s Wairarapa harvest and they were desperately seeking more with the start of the crop ready in two or three weeks.

”We are trying to request the labour from other regions to come to our region as well.”

Wall said they needed around 30 more people to cover all the work that needed to be done.

Clive Paton,​ of Ata Rangi vineyard, said one thing which could offset the worker shortage at his vineyard was that the vintage this year was smaller and wouldn’t take as long to harvest.

“It’s still early, but it’s shaping up to be a good vintage. We’ve had really interesting weather… quite a big diurnal shift- the difference between night and day – and that’s what we like.

“I learned over a long time that you can get down to the last two days and you still don’t really know what you’ve got.”

If ripe grapes were left on the vine too long, they could become oversweet and this was not a desirable trait.

Many Martinborough vineyards were smaller in scale and most of the harvest was picked by hand which fit with the region’s boutique hand-crafted brand.

If wineries remained unable to handpick all the fruit, “Plan B” was to bring in picking machines to get the grapes off the vine before they spoiled.

Independent vineyard manager Mark Langlands said the region had “been on the back foot” with labour supply for several weeks.

”Everyone’s going to have to work together and respect when the other vineyards are going to pick and realise that there’s a limited workforce to be able to do it.”

Home Videos The WORLD of WINE – Wine News. Cheap wine, tasting notes and cooking with wine The World of Wine – May 2021 … END_OF_DOCUMENT_TOKEN_TO_BE_REPLACED

How to visit Napa Valley on a Budget. In this video Carson and I explain a few ways to enjoy Napa on the cheap. Tip and advice about how to visit Napa … END_OF_DOCUMENT_TOKEN_TO_BE_REPLACED

Home Videos Get To Know Argentina Wine | Wine Folly If you love Malbec, Argentina is your ultimate wine region. But that’s not … END_OF_DOCUMENT_TOKEN_TO_BE_REPLACED