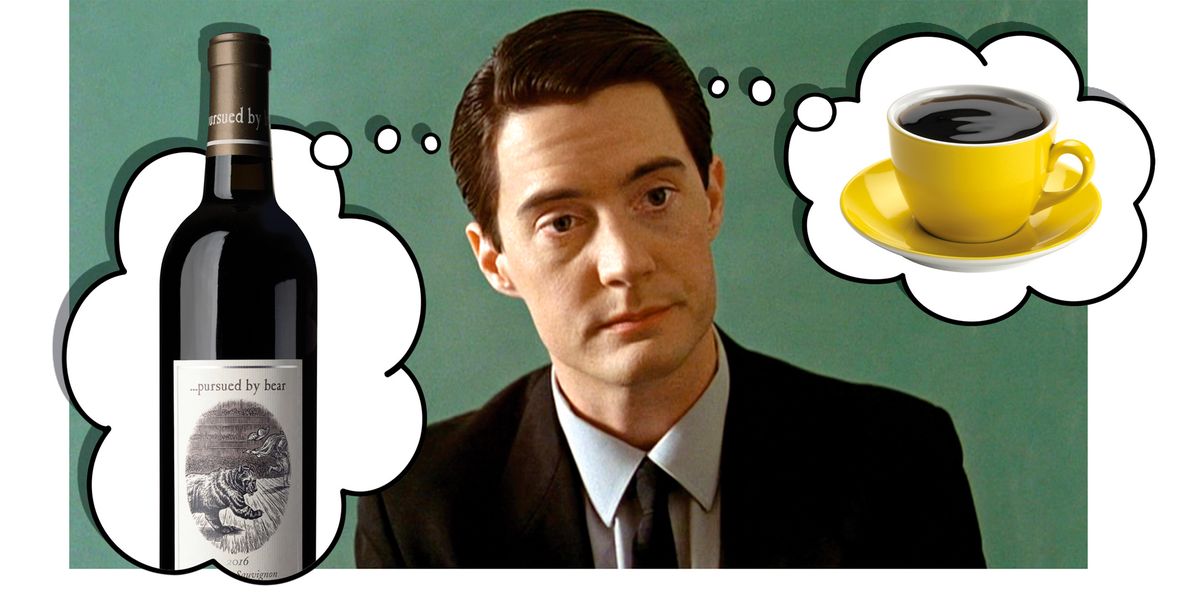 I’m pretty skeptical about celebrity branded wines. I yield to no one in my appreciation for Cameron Diaz, but I have no interest in tasting her line of “clean wines.” Nothing in Jon Bon Jovi’s résumé suggests to me that I should buy a rosé with his name on it. The list goes on: Dave Matthews, Brad Pitt, and Sting all have their own wine labels. Someday I may overcome my skepticism about these endeavors. But in the meantime, in a flagrant violation of my cherished prejudices, I have developed an enthusiasm for a boutique wine label created by actor Kyle MacLachlan. I have to admit the name kind of won me over. It’s hard not to root for a wine called Pursued by Bear, named after the most famous stage direction in history, from Shakespeare’s Winter’s Tale: “Exit, pursued by bear.”

MacLachlan’s acting career and his appreciation of wine were born almost simultaneously. After successfully auditioning for the role of Paul Atreides in Dune, the unknown 24-year-old received a bottle of Château Lynch-Bages from director David Lynch. The movie flopped, but the young actor’s relationship with Lynch led to iconic roles that would shape his professional career, and his interest in wine would deepen over the years.

MacLachlan at his winery in Washington.

Visiting his father in his hometown of Yakima, Washington, MacLachlan discovered a nascent wine scene centered on the town of Walla Walla. Eastern Washington is a world away from rainy, verdant, maritime Seattle. “The east side is dry as a bone,” MacLachlan told me over dinner this past summer, “with rolling hills of scabland intermixed with ­thousand-acre dryland wheat farms, punctuated by volcanic basalt rock formations. There are huge fruit ranches of apples, pears, peaches, and cherries that thrive in the hot, dry summer sun thanks to a labyrinth of irrigation canals that pull water from various rivers of the Cascade Range. My brothers and I would walk to school, and our tennis shoes would become black because of the smudge pots, lit all night all around Yakima to protect the new buds on the fruit trees from freezing in the chilly early spring.”

It was Gary and Nancy Figgins, a couple with deep roots in the region, who first figured out that this agricultural paradise might be a good place to grow wine grapes. In 1977 they founded Leonetti Cellar outside Walla Walla. In 1981 Wine & Spirits named Leonetti’s cabernet sauvignon the best in the nation. That year Gary’s army buddy Rick Small started another winery, Woodward Canyon, on his family’s wheat farm.

“My Washington wine awareness began in the mid- to late ’90s,” MacLachlan says. “My dad and I got curious and drove down the valley to visit some of the wineries. At that time there were many disappointments. It was more of a father-son activity than a quest for great wine. But on one visit I tasted a single-­vineyard 1995 cabernet from Wineglass Cellars Elerding Vineyard that piqued my interest.”

When the MacLachlans started visiting, there were just nine wineries in Walla Walla. Dunham Cellars was launched in 1995 by Eric Dunham, whose syrah became a favorite of MacLachlan’s. In 2002 the actor phoned Dunham, hoping to get some of his syrah for his upcoming wedding to producer Desiree Gruber. “Eric had sold out, but he suggested another winery. He invited me to visit, and my dad and I made a trip down. He and his father reminded me of me and my dad, eastern Washington regular guys. Warm people.” (MacLachlan does comes across, in fact, as a regular guy.) “We became friends. After a couple of years I approached him about going into business. Eric asked me what I like to drink, and I said cabernet, so we were off and running. Our first vintage was 2005. We had 10 barrels of cabernet and a barrel each of syrah and merlot.” They blended them all for the first vintage of Pursued by Bear. Mixtures of cab and syrah are unusual but not unheard of, Domaine de Trévallon in Provence being the most famous example.

Eventually the team decided to make a pure syrah, starting with the 2008 vintage, dubbed Baby Bear in honor of the birth of MacLachlan’s son. MacLachlan started sending me the wines early on, and though I knew him to be a fine actor and a really nice guy, I did not exactly fall all over myself to taste them. (See lead paragraph.) But when I finally did, they exceeded my expectations. The price/value ratio was impressive, especially when compared to wines from Napa or Sonoma. They were ripe but well balanced, with enough tannin and acidity to frame the fruit, and less exuberant than many of their California counterparts. I have a soft spot for the syrah—in fact, I think eastern Washington is a sweet spot for the grape, producing syrahs that can compete with almost any in the world. Besides MacLachlan’s I love those produced by Cayuse (which is in the Oregon part of the Walla Walla Valley), K Vintners, Reynvaan, and Gramercy Cellars.

MacLachlan himself is definitely a cab guy, first and foremost, as I think Agent Dale Cooper would be, if he drank something other than coffee. Cabernet is a powerful, no-­nonsense, yes-ma’am-no-sir red. Lynch-Bages (a cabernet-dominant blend) was his epiphany wine, and he still drinks it, along with Pichon Lalande and Cos d’Estournel, and the cabernets made by his friends in Napa: Doug Shafer, Ann Colgin, and Carissa Mondavi. And his own, of course. I shared a bottle of the 2016 with him this past summer, which struck me as the finest iteration yet, a very approachable and rounded young cab that was more feline than ursine.

Like most of us, MacLachlan has been becalmed by the pandemic, but he will be appearing in Atlantic Crossing, a new eight-­episode PBS Masterpiece drama in which he plays FDR. For now he’s doing virtual tastings with retail and restaurant customers, but when we emerge he will hit the road to promote his wine, a job he seems to relish.

Jay McInerney
Contributor
Jay McInerney, the author of Bright Lights, Big City and many other books, is the wine critic for Town & Country.

This content is created and maintained by a third party, and imported onto this page to help users provide their email addresses. You may be able to find more information about this and similar content at piano.io

Home Videos The WORLD of WINE – Wine News. Cheap wine, tasting notes and cooking with wine The World of Wine – May 2021 … END_OF_DOCUMENT_TOKEN_TO_BE_REPLACED

How to visit Napa Valley on a Budget. In this video Carson and I explain a few ways to enjoy Napa on the cheap. Tip and advice about how to visit Napa … END_OF_DOCUMENT_TOKEN_TO_BE_REPLACED

Home Videos Get To Know Argentina Wine | Wine Folly If you love Malbec, Argentina is your ultimate wine region. But that’s not … END_OF_DOCUMENT_TOKEN_TO_BE_REPLACED