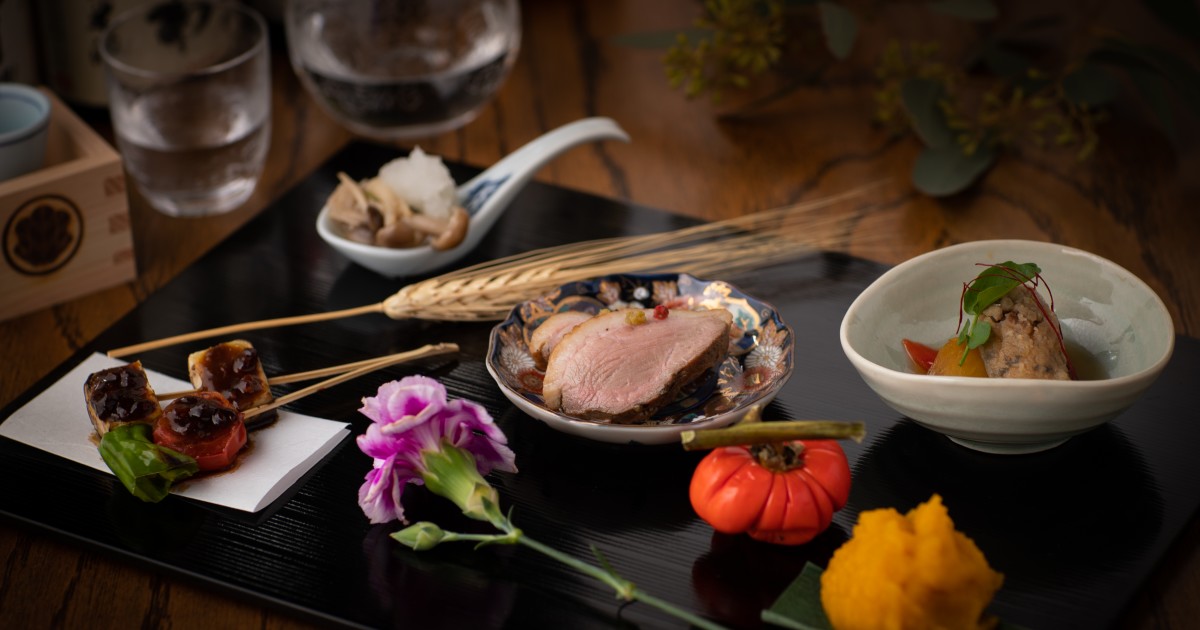 A new Japanese restaurant is set to open March 31 with kaiseki tasting menus and a focus on sake. Director Hideaki Hosono — also known as Mr. Hide — is behind Gozen, which soft-launched in February with takeout bento. Gozen will fully open in the former Aburiya Raku space with dishes such as grilled miso-marinated lamb, steamed custard with salmon roe, claypot mushroom rice and seasonal sashimi. Takeout bento is still available, and a more casual food truck, Gozen Express, offers donburi, karaage, gyoza and more.

Texas-style, Latin-inspired barbecue operation Moo’s is working on making its takeout service permanent. The pop-up from husband-and-wife team Andrew and Michelle Muñoz is hoping to transition in the spring to Moo’s Craft Barbecue and Taproom in Lincoln Heights, serving its signature brisket, pork ribs and handmade smoked sausages and such sides as elotes and charro beans, along with craft beer and wine. Until then, Moo’s can be preordered for Sunday pickup at Crafted Kitchen in the Arts District.

Tancredi Deluca is expanding his Italian-deli empire with a new delivery service, Delucatessen, starting March 23. The owner of Emilia in Beverly Grove and of Deluca’s in both Century City and Glendale is launching a sandwich operation inspired by the flavors and ingredients of his childhood upbringing in Trieste, Italy. It will offer a mix of his traditional sandwiches and some new creations, such as a fried-chicken panino with Calabrian tomato sauce, all served on bread that’s baked in-house daily. Place orders online or through Postmates or DoorDash, for neighborhoods including Echo Park, Glendale, downtown, Beverly Hills, Koreatown, Culver City, Santa Monica and beyond.

More than 35 L.A. businesses will rally against hate directed at Asian Americans and Pacific Islanders with a fundraising bake sale and shopping event March 28. Modern tea house Steep is organizing and hosting the event at Chinatown’s Mandarin Plaza, beginning at 11 a.m. Restaurants, coffee shops and bakers such as Konbi, Today Starts Here, Ototo, Ricebox, Chef Ai, Largwa and Kim Thai will offer baked goods, dishes and retail items, with 100% of the proceeds benefiting the Stop AAPI Hate organization and reporting center. Items will be available first come, first served, while select dishes and experiences — such as Hayato bento for two — will be up for silent auction.

A new takeout dinner series from Freedman’s in Silver Lake is exploring the food of the Jewish diaspora as it adapts and evolves throughout geography and circumstance. The “tour” offers a new location-inspired menu every two weeks. It kicked off with “Cucina Ebraica,” a nod to Rome’s historical Jewish ghetto, and after a pause for Passover, will return April 8 with a menu inspired by Yemenite cooking. Another future menu will center on Jewish cuisine from Spain and Portugal.

Rosewood Miramar Beach is adding a new restaurant to its roster. Set to open April 14, the Revere Room will offer all-day dining from the Montecito resort’s executive chef, Massimo Falsini, focusing on seasonal California ingredients — some of them sourced from Rosewood’s on-site garden. Expect dishes such as pepper-crusted, cast-iron short rib with asparagus, roasted fennel and potato, and a Buddha bowl featuring tofu, buckwheat groats, avocado, cabbage and cannellini.

Home Videos The WORLD of WINE – Wine News. Cheap wine, tasting notes and cooking with wine The World of Wine – May 2021 … END_OF_DOCUMENT_TOKEN_TO_BE_REPLACED

How to visit Napa Valley on a Budget. In this video Carson and I explain a few ways to enjoy Napa on the cheap. Tip and advice about how to visit Napa … END_OF_DOCUMENT_TOKEN_TO_BE_REPLACED

Home Videos Get To Know Argentina Wine | Wine Folly If you love Malbec, Argentina is your ultimate wine region. But that’s not … END_OF_DOCUMENT_TOKEN_TO_BE_REPLACED