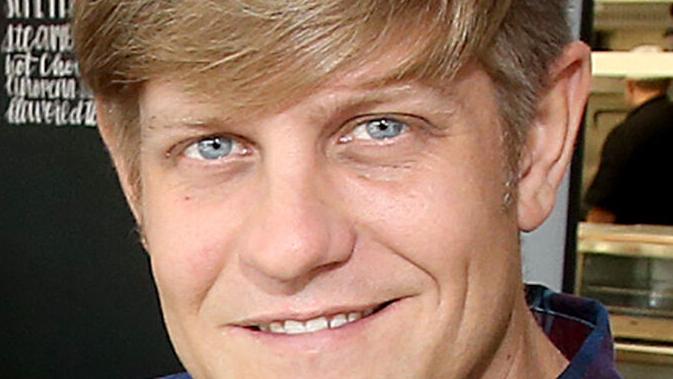 A federal magistrate, for the second time, has declined to reconsider area vineyard owner Christopher Grider’s request to reopen a hearing that resulted in his detention without bond for his role in the deadly U.S. Capitol riot.

U.S. Magistrate Susan Hightower, of Austin, said in her order Monday that she lost jurisdiction over Grider’s case after the Jan. 27 detention hearing when she transferred it to a court in Washington, D.C., site of the chaotic Jan. 6 riot.

Grider, 39, of Chilton, co-owner of Kissing Tree Vineyards in Bruceville-Eddy, is charged in a seven-count indictment in Washington, D.C., and faces a maximum of 33½ years in federal prison if convicted on the two felony and five misdemeanor counts.

Hightower told Grider and his Houston attorney, Brent Mayr, in her order that they could renew their request for bond with U.S. District Judge Ketanji Brown Jackson in Washington, D.C., where Grider will be transferred for the remainder of the proceedings.

“We’re looking forward to asking Judge Jackson in D.C. to review this decision, confident that she will follow the law and, based on Mr. Grider’s limited involvement in what took place at the Capitol, combined with his reputation as a loving and caring individual in his church and community, order him to be released pending trial,” Mayr said.

“He is not like several others who should be detained because the evidence establishes they went to D.C. intending to do harm and lead an insurrection. Mr. Grider simply went up there to support his president and never anticipated it would turn into what it did. He’s ready to come home to his family, his church and his community,” Mayr said.

Grider, who has been held at the Limestone County Detention Center, has been in custody since surrendering to FBI agents Jan. 21 in Austin.

The indictment, issued in Washington, D.C., charges him with committing an act of physical violence in the Capitol grounds or buildings; impeding passage through Capitol grounds; disorderly conduct in a Capitol building; obstruction of an official proceeding and aiding and abetting; disorderly or disruptive conduct in a restricted building or grounds; entering and remaining in a restricted building; and destruction of government property and aiding and abetting.

Mayr said last week that he had hoped new video evidence saved to Grider’s home computer that was not shown at his initial detention hearing would convince Hightower to reopen the detention hearing.

Hightower determined “there is extremely strong evidence that Mr. Grider participated at the forefront in the events that led to the fatal shooting” of Air Force veteran Ashli Babbitt outside the Speaker’s Lobby leading to the House chamber. She also said “no condition or combination of conditions of release would reasonably ensure the safety of the community.”

Mayr said Grider did not force his way into the Capitol, but simply walked into an entrance on the west side with hundreds of others that day. In video of Grider walking up to the entrance of the Speaker’s Lobby, he was not yelling, making threatening comments or further inciting the riot, Mayr said.

Editor’s note: This story has been updated to correct the location of the Speaker’s Lobby in the Capitol, where Ashli Babbitt was fatally shot. The Speaker’s Lobby, decorated with portraits of former speakers of the House of Representatives, has doors into the House chamber and is not connected to the speaker’s offices.

Home Videos The WORLD of WINE – Wine News. Cheap wine, tasting notes and cooking with wine The World of Wine – May 2021 … END_OF_DOCUMENT_TOKEN_TO_BE_REPLACED

How to visit Napa Valley on a Budget. In this video Carson and I explain a few ways to enjoy Napa on the cheap. Tip and advice about how to visit Napa … END_OF_DOCUMENT_TOKEN_TO_BE_REPLACED

Home Videos Get To Know Argentina Wine | Wine Folly If you love Malbec, Argentina is your ultimate wine region. But that’s not … END_OF_DOCUMENT_TOKEN_TO_BE_REPLACED