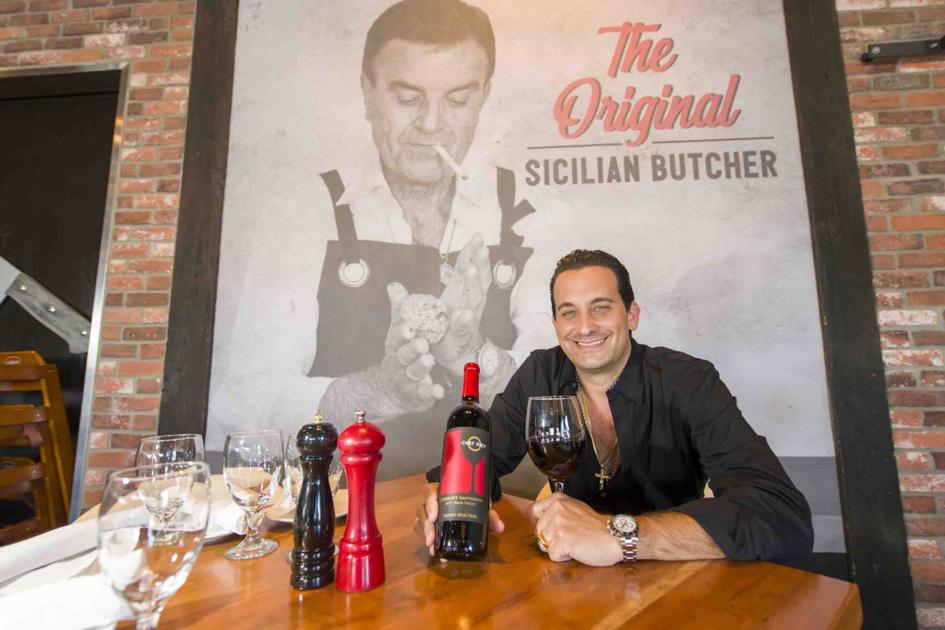 Now, the founder of Scottsdale-based family-owned restaurant group, The Maggiore Group, is releasing his own line of wines, appropriately called Chef Joey.

Maggiore kicked off the wine line by releasing the first of 12 wines, Chef Joey’s Cabernet Sauvignon – currently only available at the Sicilian Butcher for dine-in customers at $50 a bottle.

“The first wine that I am releasing is one that we have worked on for two years with a partner in Napa Valley,” Maggiore said. “My [business] partner Flora [Tersigni] is a wine expert, and she found the winery and we went to work. The Sicilian vineyard my family owns has been running for 20 years.”

“This was easiest to start first as it is made in Napa,” Maggiore said. “We were able to push it to bottle in the shortest time period, and we wanted my father to have a part in the creation while he still could.”

“My father’s love and passion for food and wine is why I do what I do,” Joey said. “He was so excited and loved the wine when we put the final tastings together! So, if he loved it, we all should.”

Joey’s wine line isn’t the first in the Maggiore family.

Tomaso had a line called Luxus Reserva, and according to Joey, it was important to him to follow in his father’s footsteps.

“My dad really loved wine, and I know he’d be just as excited as I am to see this wine line finally shared with the community,” Joey added. “We’ve partnered with some of the best wineries in the world to create unique blends that I’m very proud to have my name on.”

The Chef Joey line of red, white, sparkling and dessert wines will include 13 total wines and several different varietals.

The new private selection line will include three domestic wines, including the cabernet, a chardonnay and a pinot noir.

The line will roll out first at the Maggiore Group restaurants, including Tomaso’s, the Sicilian Butcher and Hash Kitchen, before expanding to select retailers.

“Customers really love it,” Joey said. “They love the different flavors in the wine, and they love the fact that we did not just put our label on it. We truly helped mix and pick the grapes to create a special flavor.”

Joey and his team are also working on creating a line of staple Italian pantry items, including olive oils, olives cured in oil and vinegar, bruschetta toppings, meatballs, tomatoes and ready-made sauces.

“It has always been a dream for myself, my wife, and Flora to be able to create, bottle and sell amazing items you can’t find anywhere else,” Joey said.

He will release the line of olive oils from Sicily in both 500mL and 250 mL bottles sometime this summer.

“The olive oil was my father’s passion,” Joey said. “He owns tons of olive trees in Sicily, so we will squeeze those bad boys and bring the very best extra virgin olive oil to our restaurants and markets.”

Home Videos The WORLD of WINE – Wine News. Cheap wine, tasting notes and cooking with wine The World of Wine – May 2021 … END_OF_DOCUMENT_TOKEN_TO_BE_REPLACED

How to visit Napa Valley on a Budget. In this video Carson and I explain a few ways to enjoy Napa on the cheap. Tip and advice about how to visit Napa … END_OF_DOCUMENT_TOKEN_TO_BE_REPLACED

Home Videos Get To Know Argentina Wine | Wine Folly If you love Malbec, Argentina is your ultimate wine region. But that’s not … END_OF_DOCUMENT_TOKEN_TO_BE_REPLACED