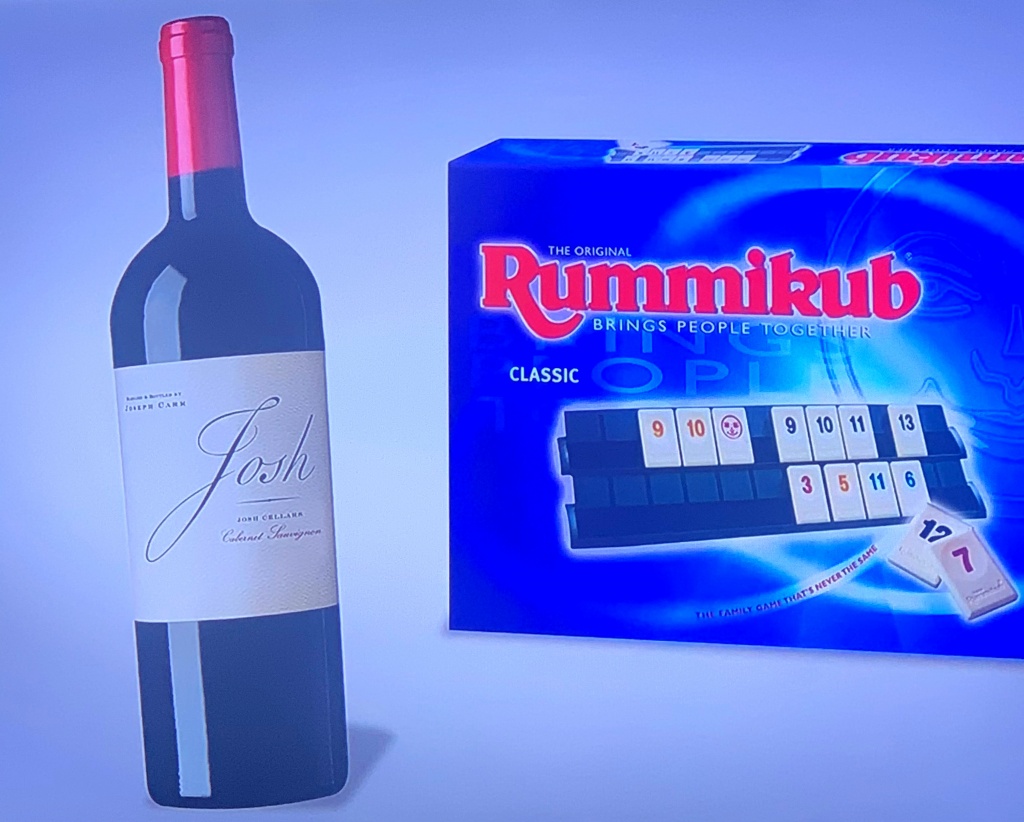 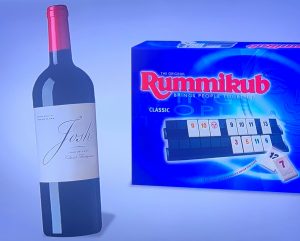 A screen grab from a skit on the April 3, 2021, episode of “Saturday Night Live” that featured Capital Region native and winemaker Joseph Carr’s Josh Cellars wine.

Joseph Carr, a Rensselaer County native who got his start in the hospitality business more than 30 years ago at The Sagamore hotel in Bolton Landing and restaurants on Albany’s Lark Street before going on to a hugely successful career making wine, achieved a new level of fame over the weekend when his  Josh Cellars brand was mentioned and shown in a “Saturday Night Live” skit.

The bit, about middle-aged parents finishing dinner with their 20-something daughter and her boyfriend, opens at the kitchen table of a typical ranch-style suburban home. As they consider which board game to play, the parents effuse over the boyfriend’s wine choice.

“I love that it’s called ‘Josh,’” says the mother character, a short-haired blonde played by “SNL” cast member Kate McKinnon, whose specialities include women coming unhinged in comedic ways. She says, “That’s such a neat name for wine.”

As the skit progresses, the passive-aggressive mother, peeved that the others chose Scattergories over her preferred Rummikub, quaffs Josh and does increasingly loud housework. “I’m drunk,” she finally says. “I think I had too much Josh.”

The scene, spoofing, among other things, suburban culture and the sharp increase in alcohol consumption by women during the coronavirus pandemic, ends with a photo of a bottle of Josh Cellars’ cabernet sauvignon and a Rummikub box. An announcer says, “Josh wine, the official wine of Rummikub.”

“It’s amazing to get exposure like that. It really says something about how the brand’s getting out there,” Carr, reached Monday morning at his home on Cape Cod, told me. He lived in Albany and, later, Schodack Landing until building and moving to a Cape Cod home in 2012 with his wife, Deirdre Carr, with whom he ran the wine company. She died of brain cancer in 2018.

Josh Cellars, which has 10 types of wine bearing its label, is the nation’s best-selling brand in its mid-teens price category. Carr’s first wine, under his Joseph Carr Winery label, came out in 2005, with Carr personally selling all 1,200 cases from his own vehicle. The lower-priced Josh Cellars, on the market since 2009, exploded in popularity starting in 2012, when, in a lucrative deal, the Carrs sold the sales and marketing components of their two labels to the Deutsch Family Wine & Spirits conglomerate but retained overall ownership. By 2017, Josh Cellars was moving 2 million cases annually. The figure now, Carr said, is 4 million.

And many of those bottles are going to households like the one depicted on “SNL,” Carr said.

“That’s very much my market,” said Carr, connecting the fictional family with the estimated 17 million viewers of Oprah Winfrey’s March 7 interview with Price Harry and Meghan, the Duchess of Sussex. Josh Cellars advertised during the two-hour CBS special, Carr said, and the commercial has since been viewed online 7 million times.

“If 10 years ago somebody had said to me this was what was going to happen with my wine, I’d have laughed at them,” Carr said. “I went from selling it out of the back of my station wagon to it being known enough for ‘Saturday Night Live.’”

Josh Cellars honors Carr’s father, Joseph “Josh” Carr. Born in Vermont in 1932, he left high school at age 17 to work on the Rutland Railroad. His story, folksy images and nostalgic print ads and commercials featuring Joseph Carr, who is a charismatic presence and raconteur, have helped push the Josh brand to an ever-broader market.

Home Videos The WORLD of WINE – Wine News. Cheap wine, tasting notes and cooking with wine The World of Wine – May 2021 … END_OF_DOCUMENT_TOKEN_TO_BE_REPLACED

How to visit Napa Valley on a Budget. In this video Carson and I explain a few ways to enjoy Napa on the cheap. Tip and advice about how to visit Napa … END_OF_DOCUMENT_TOKEN_TO_BE_REPLACED

Home Videos Get To Know Argentina Wine | Wine Folly If you love Malbec, Argentina is your ultimate wine region. But that’s not … END_OF_DOCUMENT_TOKEN_TO_BE_REPLACED