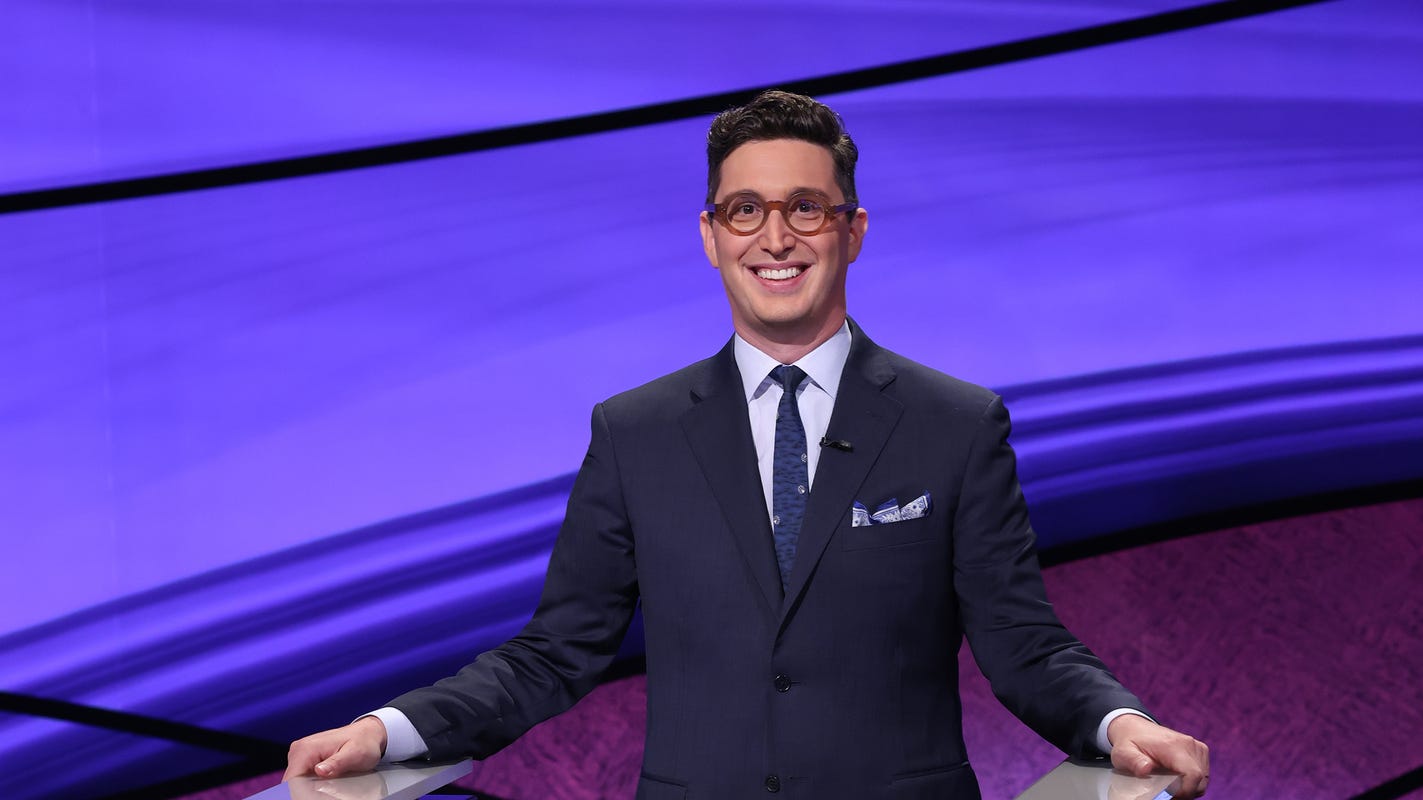 After an 18-month break due to the COVID-19 pandemic, the “Jeopardy!” Tournament of Champions is back, the first without Alex Trebek as host.

Instead, former champion Austin David “Buzzy” Cohen presides over the two-week tournament, starting Monday, in the latest of the show’s extended auditions for a permanent host. As usual, the tournament gathers 15 top players (safely) in Los Angeles, fulfilling a quest by executive producer Mike Richards to return a tentpole event in a year rocked by the pandemic, Trebek’s death and the cancellation of the quiz show’s other tournaments, featuring teens, teachers and college students.

For Cohen, 36, the gig fulfills a long quest that dates back to his 2017 tournament win, when Trebek coined the phrase “Mr. Personality” to describe the effusive dad from Los Angeles who produces music for commercials.

“Alex and I had a funny exchange about my interest in potentially hosting someday when he retired, so the folks over at ‘Jeopardy!’ knew that it’s a dream of mine. I didn’t think anything would come of it, and I certainly wasn’t calling Sony, being like, ‘Hey, can I get a shoutout?'” The tradeoff: Hosting prevents him from competing again as a contestant, but places him among 15 other guest hosts, many of whom are also vying for Trebek’s job.

More: Who will be the next ‘Jeopardy!’ host? Everything we know about the search

Who qualified for the tournament?

This year’s tournament covers a longer span of contestants. Anyone who competed after the players for the last contest were announced in July 2019, until Trebek’s last appearance as host, on Jan. 8 of this year. The field includes Jason Zuffranieri, an Albuquerque, New Mexico, math teacher; Nibir Sarma, a University of Minnesota student; and Jennifer Quail, a Michigan wine-tasting consultant.

“I was unrelenting in trying to get the Tournament of Champions” on the air, Richards says. “It was only one piece of normalcy that we really wanted to inject into this season, and ultimately, as we moved the dates around and we were able to reach out to all the champions and ask, ‘Are you willing to travel?’ And ask ourselves, did we feel like we can comfortably protect them when they came?”

How did Sony produce the show? With no studio audience, apart from the other contestants. COVID-19 testing and other safety protocols that forbid hugging, handshaking, or close-range post-game chats.

Most regular contestants during the pandemic have lived in the Los Angeles area, due to travel restrictions. But the top players live across the country. “Basically, we ended up taking over an entire hotel that had been closed this entire time, and they were the only inhabitants,” Richards says. “That was how intensely we took this process, so it was great to pull off. You could tell from the folks that hadn’t been here in two years because some of these champions have been around for a really long time. At this point, they were so happy to be back. It’s the most emotional tournament of champions I think you’ll see.”

But why was Cohen chosen as host, over the 15 celebrities and journalists who have been taking turns since January? (Mayim Bialik is next, on May 31.)  And is he a candidate for the permanent slot, too?

“I think everyone that comes on people should look at (as a candidate), and by human nature, they’re going to say, ‘Can I see that person doing it?’ Buzzy is one of the great personalities to come out of ‘Jeopardy!’,” Richards says. (Cohen’s nerdy appeal and playful rejoinders were polarizing; some viewers found him obnoxious.)

More: ‘Jeopardy!’: Most loved, hated and memorable contestants through the years

Cohen appeared as a helper to a contestant on “Who Wants to Be a Millionaire” while Richards was producing the quiz show, “and he was charming and funny and great,” the producer says. “And I thought he would understand the stakes of the tournament, whereas if we brought in a celebrity, maybe (they wouldn’t) really have a full grasp of what was happening out there and the importance of it. I just felt like that would put the contestants at ease.”

Cohen says he did strength and cardio training to “keep my endurance up because I really wanted to make sure that I was just as energetic, attentive and focused on it.” Richards believes Cohen is “the only one that actually physically trained his body to prepare for the three days of intensity of standing and being on and being engaged because it is very difficult. Five episodes a day, that’s a lot of time in the studio. You never take a breath. I think people will be surprised at how he takes it pretty seriously. He really delivers as a host.”

Home Videos The WORLD of WINE – Wine News. Cheap wine, tasting notes and cooking with wine The World of Wine – May 2021 … END_OF_DOCUMENT_TOKEN_TO_BE_REPLACED

How to visit Napa Valley on a Budget. In this video Carson and I explain a few ways to enjoy Napa on the cheap. Tip and advice about how to visit Napa … END_OF_DOCUMENT_TOKEN_TO_BE_REPLACED

Home Videos Get To Know Argentina Wine | Wine Folly If you love Malbec, Argentina is your ultimate wine region. But that’s not … END_OF_DOCUMENT_TOKEN_TO_BE_REPLACED