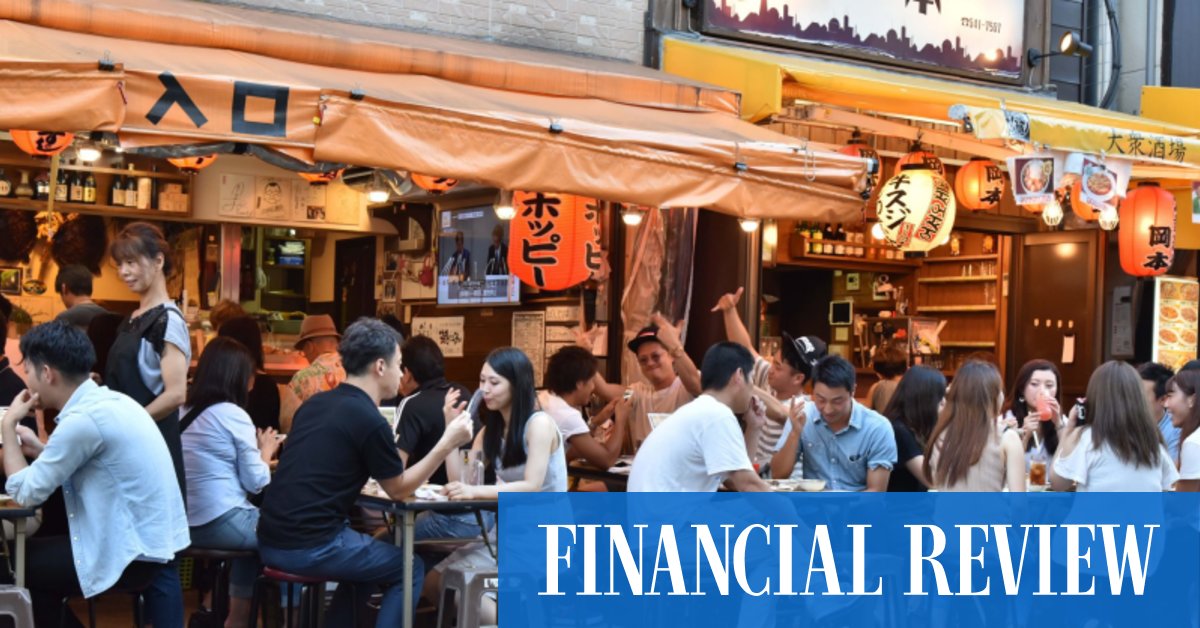 Japan has been a difficult market for Australian wine producers over the past two decades even though it is now seen as a partial replacement for the lucrative China export market that has been decimated by punishing tariffs.

Wine exports to Japan in the year to the end of September slipped 4 per cent to $49 million, dropping back to below levels reached in 2005 when local producers shipped $51 million worth of wine.

Big players led by Penfolds maker Treasury Wine Estates have pointed to Japan as being among the countries they intend to divert investment to, along with South Korea, Taiwan, Thailand and Vietnam.

Experts say some of the reasons include cultural differences. Japan is the home of sake, an alcoholic drink made from fermented rice that is deeply intertwined with everyday customs and traditions. That makes it harder for wine to make headway even though sake is declining in popularity with younger drinkers.

But even the younger demographic who do drink wine seem to prefer the old world producers from France and Italy. And, having a cuisine where seafood plays a big role, the market can lean toward white wine varieties for pairing with food. Australia’s wine exports to China, valued at $1.3 billion in the past year, were largely built on red wine varieties led by the luxury Penfolds brand.

Andrew Kay, the managing director of Wirra Wirra, based in South Australia’s McLaren Vale, says lighter styles of red wine such as pinot noir are more suited to Japan, where there is also a shift toward “natural” wines made without preservatives.

There was some success almost 20 years ago for the Australian wine industry in Japan, but that had not resulted in large gains being cemented in a country with a population of 126 million.

But there are opportunities, although it will require steady and consistent investment. Japan is the eighth largest export destination for Australian wine, with South Korea at No. 2 and Thailand at No. 15.

“It’s a slow and steady opportunity,” he said.

“Japan is a market that is embracing varieties like pinot noir”.

Franklin Tate Estates, based in Western Australia’s Margaret River region, has steadily built up its United States export business and sells only a small amount to China.

Managing director Franklin Tate said the geopolitical battle, where China has been accused by many of bullying behaviour, could help Australian exporters in stepping up in markets like Japan. People in Japan who believe in a level-playing field and open trade may want to help send a message to Chinese authorities.

“As a result, there’s a real opportunity for Australia,” he said.

“These things go in cycles. We’re well down the line but that does present opportunities,” Mr Tate said.

He said China had been equally difficult for some wine producers from Australia in the early stages, with large amounts of time elapsing before sales actually happened.

“I found the gestation period in China to be a long time,” he said.

Mr Tate said one thing the federal government should consider in the short term is to lift the threshold for an industry rebate which has been in place for years for small to medium wine sector producers under the Wine Equalisation Tax rebate scheme.

The WET rebate, which was at $500,000 when it was introduced in the early 2000s, was cut to $350,000 in July 2018, with bulk and unbranded wine groups excluded after some unscrupulous players rorted the scheme.

The biggest stories in business, markets and politics and why they matter.

Need to know. Our daily reporting, in your inbox.

Simon Evans writes on business specialising in retail, manufacturing, beverages, mining and M&A. He is based in Adelaide. Connect with Simon on Twitter. Email Simon at simon.evans@afr.com

Home Videos The WORLD of WINE – Wine News. Cheap wine, tasting notes and cooking with wine The World of Wine – May 2021 … END_OF_DOCUMENT_TOKEN_TO_BE_REPLACED

How to visit Napa Valley on a Budget. In this video Carson and I explain a few ways to enjoy Napa on the cheap. Tip and advice about how to visit Napa … END_OF_DOCUMENT_TOKEN_TO_BE_REPLACED

Home Videos Get To Know Argentina Wine | Wine Folly If you love Malbec, Argentina is your ultimate wine region. But that’s not … END_OF_DOCUMENT_TOKEN_TO_BE_REPLACED