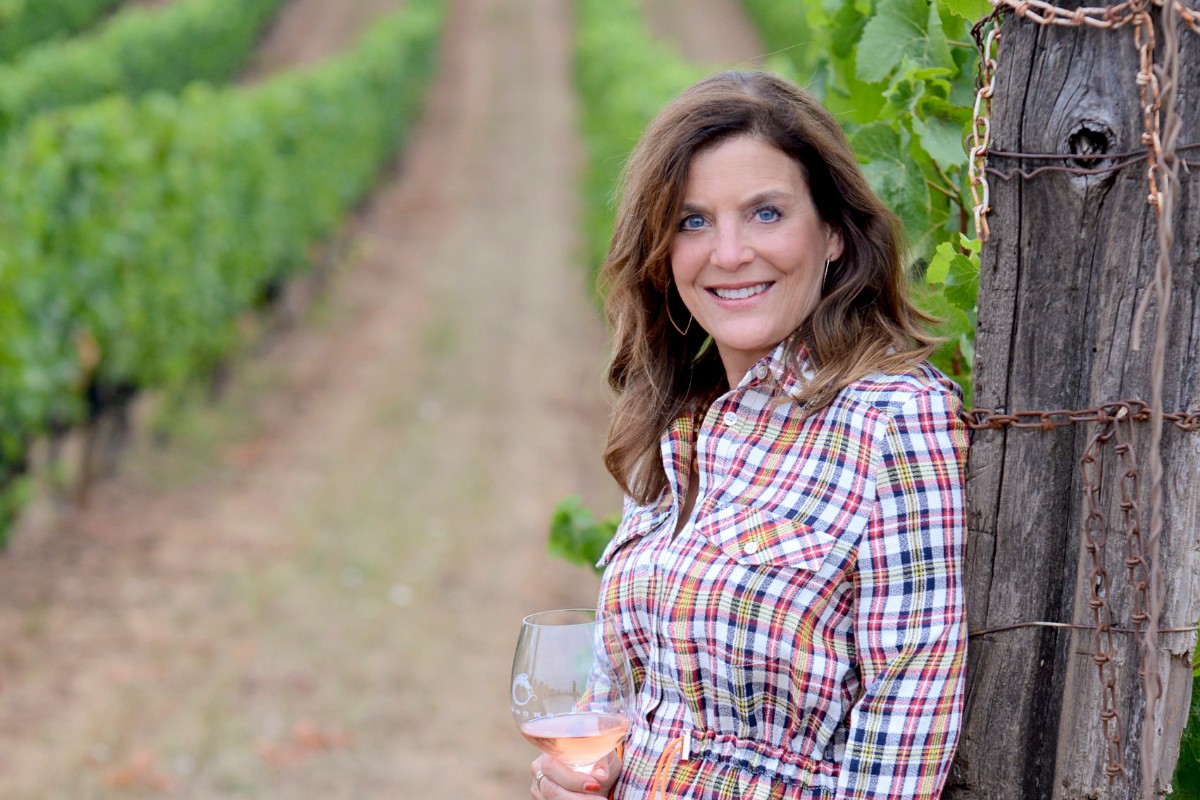 When Janie Brooks Heuck, Managing Director of Brooks Wine in Amity, Oregon, was asked how she came into this industry, she responded with a melancholy laugh. “I fell into it.” After her brother, who founded Brooks Wine in 1998, died unexpectedly right before the 2004 harvest, 12 winemarkers sat down with Hueck. “They told me they wanted to continue the brand for at least another year. So they offered to take fruit and make us wine that year if I oversee the business side.” With both her parents already having passed away and her brother’s son too young to take over the business, Hueck felt she had no choice but to say yes.

In addition to networking with other winemakers, she began taking winemaking classes at UC Davis. As she got more deeply involved in this industry, she fell in love with the people, the winemaking community, and the wine itself; all passions she carries forth in her work some 16 years later. In addition to her leadership role with Brooks, Heuck also serves as chairwoman of WineAmerica, President of the International Riesling Foundation, and a former President of Oregon Pinot Camp (after having served on their Board of Directors for 6 years).

In 2020, Heuck demonstrated how her industry connections coupled with her commitment to the Brooks legacy, transparent communication, and a focus on Brooks’ social and environmental commitments enabled her to keep this winery viable. Also, since Brooks doesn’t have a board of directors or investors, Heuck could make decisions quickly during this turbulent year.

When Covid-19 hit Oregon in mid-March, Brooks lost about 70% of their revenue. She pivoted her marketing strategy beginning with online tastings geared for national organizations such as The American Wine Society, major corporations like Intel, and consumers. Heuck predicts virtual tastings will continue for the foreseeable future given these events allow Brooks’ to expand their consumer base by attracting a global audience. To adjust for this move into the virtual realm, they invested in Welcome, an online event platform and hired a Director of Business Development.

In addition, they just happened to have launched their updated website in February. Hence, they had the right tools in place to launch an e-commerce platform and sell their wine online. When they had to close their tasting room as per orders from the governor, they also began a curbside and delivery service which included a food program that complimented the wine.

Heuck continued to build up customer loyalty through their 20,000 person mailing list where she gets a 25% open rate. In these emails, Heuck focuses on telling inspiring stories that illustrate persistence and resilience, such as relaying how the winery survived the 2008 recession. “Our customer loyalty has made a big difference in terms of our wine club retention and our e-commerce sales,” Heuck notes.

These ventures also allowed Heuck to retain the majority of her staff and partners through the pandemic. Along those lines, she arranged for continuing education for her team through Bree Stock, wine industry advisor and educator, who is a Master of Wine and Director of Constant Crush Wine. Stock and Heuck connected in 2014 over their shared love of regenerative farming practices, biodynamics, riesling and pinot noir. Stock describes their collaborative working relationship “We often collaborate on ideas and visions for what this industry can and should be contributing to issues that are wine adjacent, like environmentalism, equality and diversity in farming, hospitality, and leadership.”

Stock worked with Heuck to build the Beyond Brooks program as a way to deepen Brooks’ connection to customers, peers, and fellow makers through the Covid shutdown through the one channel that remained opened, Direct to Consumer. In this program, they leveraged a wine club model to include other local Oregonian delights such as kombucha, cheeses, and olive oil. “Beyond Brooks allows us to focus on what’s important and remain connected to growers and makers sharing their stories and craft with our community, cross-marketing products with each other’s followers while raising money for non-profits that we both support, Wine Unify and 1% for the Planet,” observes Stock.

After devastating wildfires tore through the Willamette Valley and other parts of Oregon and California in September, Heuck pivoted once again, and decided that Brooks would not release a 2020 vintage. Upon learning that the vast majority of her growers did not have crop insurance, she introduced the Brooks Grower Relief Fund. With this fund, Brooks committed to revenue sharing a portion of their bottle sales with their growers of any vintage of their single vineyard wines sold direct to consumer either from Brooks’ website or in the tasting room. This action has enabled Heuck to retain all her grower contacts for the foreseeable future, as well as giving Brooks supporters an opportunity to donate money to local growers in need.

As a sign of their commitment to the environment and sustainability, Brooks is the first winery in the world to be B Corp, 1% for the Planet, and Demeter Biodynamic certified. According to Kate Williams, CEO of 1% for the Planet, Heuck is one of the more engaged members in their global network. “She actively promotes and engages with the 1% for the Planet community as a generous partner to the nonprofits Brooks supports, as a sponsor at events, as a wine tasting leader for our staff, and so much more. She is always committed to giving back and to growing Brooks as a winery that heals and enriches everyone who comes in contact. As such, she is an inspiration across our staff and network.”

Home Videos The WORLD of WINE – Wine News. Cheap wine, tasting notes and cooking with wine The World of Wine – May 2021 … END_OF_DOCUMENT_TOKEN_TO_BE_REPLACED

How to visit Napa Valley on a Budget. In this video Carson and I explain a few ways to enjoy Napa on the cheap. Tip and advice about how to visit Napa … END_OF_DOCUMENT_TOKEN_TO_BE_REPLACED

Home Videos Get To Know Argentina Wine | Wine Folly If you love Malbec, Argentina is your ultimate wine region. But that’s not … END_OF_DOCUMENT_TOKEN_TO_BE_REPLACED