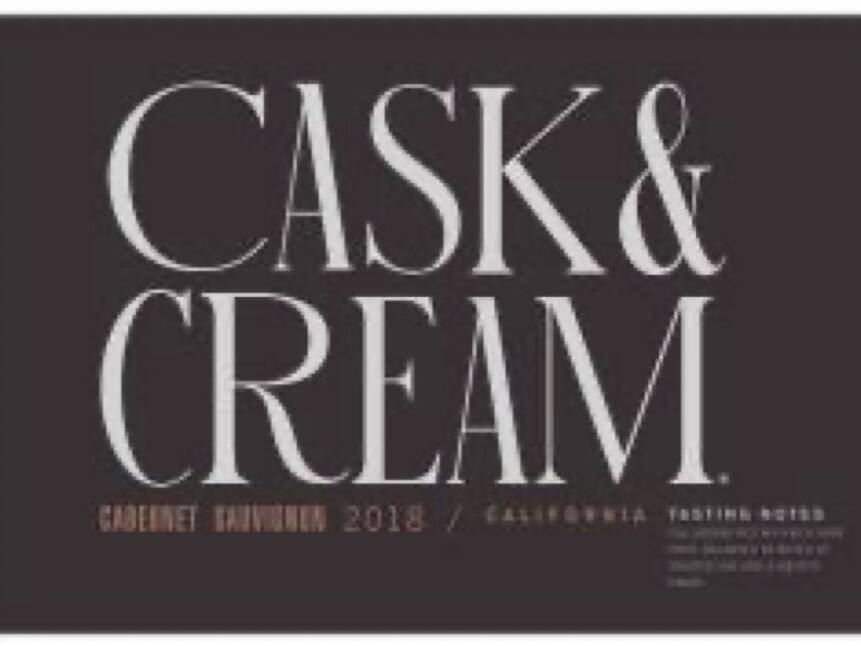 Jackson claims that label will be “confusingly similar” to customers who buy its La Crema brand wines. The Santa Rosa company has sold over 80 million wine bottles since 2016 carrying that label, and operates a separate winery dedicated to producing chardonnay and pinot noir under that brand.

Jackson filed the lawsuit last week in U.S. District Court in San Francisco against Modesto-based Gallo. The argument at the core of this legal case goes back to 2013, when Gallo applied for a Cask & Cream trademark. Jackson objected, and Gallo said it would be for distilled spirits, particularly cream liqueurs with some blended with brandy, but not wine. After amending its application, Gallo was granted the trademark. It had been marketing cream liqueurs under the Cask & Cream name since 1996.

In 2019, Gallo applied for another trademark to produce Cask & Cream wines and Jackson again objected. Subsequently, Gallo secured label certificates from the U.S. Alcohol and Tobacco Tax and Trade Bureau. On March 3 this year, Jackson received the proposed Cask & Cream wine labels, which indicated the wines under that label would be based in St. Helena. In the suit, Jackson said it attempted to resolve the label dispute, but Gallo did not wish to discuss the matter.

“Under these circumstances, consumer confusion is inevitable,” Jackson claimed in its 20-page complaint lodged on March 31. The two labels “are similar in sight, sound and meaning and are used on the identical goods, namely California wine,” Jackson company officials alleged in the suit.

The Jackson company said in court papers it was especially worried about how “cream” was displayed on the Gallo wine label, noting it “emphasizes the word CREAM by using a brighter color or more distinctive font than is used for the word CASK, thereby demonstrating defendant’s intent to capitalize on plaintiffs’ trademark.“

In a prepared statement issued Monday in response to the complaint, Gallo spokeswoman Caroline Shaw said the company “takes intellectual property rights seriously and has consistently respected the IP of others.” Shaw declined to comment specifically on Jackson’s trademark infringement allegations, citing Gallo policy of not commenting on pending legal matters.

A Jackson spokesperson also declined comment on the pending litigation.

No Cask & Cream Gallo wines are on retail shelves. A brandy liqueur under that label has been in the marketplace for years.

The legal battle is not the first for the two wine giants. More than 20 years ago, Jackson leveled a trademark infringement lawsuit against Gallo, alleging it copied the Kendall-Jackson wine label and bottle design for Gallo’s Turning Leaf brand.

A jury ruled in Gallo’s favor in 1997 and a federal judge later denied Jackson’s request for a new trial.

The wine behemoths are among top industry players in Sonoma County and nationwide. Gallo was the No.1 wine seller in the United States with 88 million cases sold in 2020, according to Wine Business Monthly. It has a local presence owning wineries such as MacMurray Estate Vineyards and J Vineyards & Winery, as well as numerous vineyards.

Founded by the late Jess Jackson, Jackson Family Wines is the largest wine company headquartered in Sonoma County, home to iconic brands Kendall-Jackson, Siduri, La Crema and Stonestreet. The wine purveyor specializes in the premium market with bottles starting at $10 to $15. Jackson was ranked as the ninth-largest winery in the country last year, according to Wine Business Monthly, selling an estimated 6 million cases.

In last week’s suit, Jackson said it sold more than 15 million bottles of La Crema brand wines in 2020 alone. In 1993, Jackson bought the wine label that’s been in existence since 1979.

The company built a new winery in the Russian River Valley for the prized brand and brought in winemakers such as Rod Berglund, Jeff Stewart, and Dan Goldfield who helped garner acclaim for La Crema pinot noir and chardonnay wines to make them top sellers. In 2016, Jackson opened the La Crema Estate at Saralee’s Vineyard to host visitors on the renowned property that previously had been owned by Richard and Saralee Kunde.

Despite the past legal wrangling, Gina Gallo and Christopher Jackson served as co-chairs for the 2019 Sonoma County Wine Auction. Gallo and Jackson said in an interview then they were friends and glad to collaborate on the philanthropic effort.

Gallo is the granddaughter of the late Julio Gallo, who co-founded E. & J. Gallo Winery with his brother Ernest. Jackson is the son of the late Jess Jackson and Barbara Banke, the current chair of Jackson Family Wines.

Home Videos The WORLD of WINE – Wine News. Cheap wine, tasting notes and cooking with wine The World of Wine – May 2021 … END_OF_DOCUMENT_TOKEN_TO_BE_REPLACED

How to visit Napa Valley on a Budget. In this video Carson and I explain a few ways to enjoy Napa on the cheap. Tip and advice about how to visit Napa … END_OF_DOCUMENT_TOKEN_TO_BE_REPLACED

Home Videos Get To Know Argentina Wine | Wine Folly If you love Malbec, Argentina is your ultimate wine region. But that’s not … END_OF_DOCUMENT_TOKEN_TO_BE_REPLACED